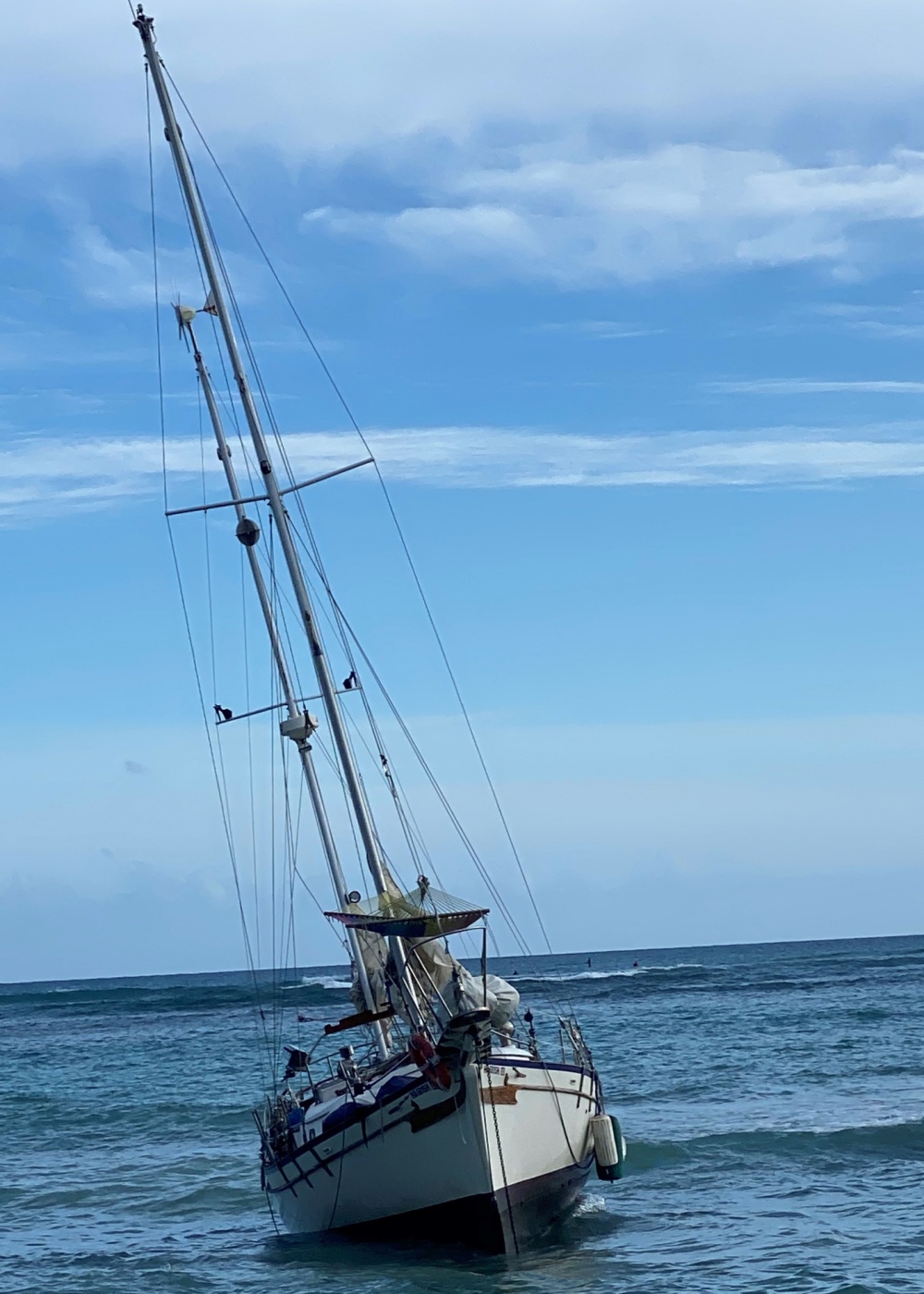 HONOLULU — The Coast Guard and partners are responding to a report of a 35-foot, double-masted sailing vessel grounded off Waikiki, Saturday evening.

Pollution responders are on the scene assessing the situation and surrounding area for impacts.  At this time, there are no reports of pollution.

There is a maximum potential fuel load of 30 gallons of diesel aboard, including miscellaneous oil and marine batteries.

The Coast Guard, working in partnership with the State of Hawaii and local officials, will oversee assessment and mitigation efforts. Contractors have been hired to assess and relocate the vessel. The oil spill liability trust fund has been opened to allow the response to move forward quickly.

There are no reports of personnel injuries or impacted wildlife. The weather on scene is 2-foot surf seas and 3 mph winds.

At 2:50 p.m., Sector Honolulu watchstanders received a report from Ocean Safety of the vessel, Steady Beat, aground about 50 yards off Waikiki Reef Hotel with two people aboard. The vessel was reportedly at anchor offshore when the anchor failed, allowing the vessel to drift.

UPDATE: Based on mitigation activities, at 10:38 a.m., the federal on-scene coordinator determined the vessel no longer presented a substantial threat of discharge. The State of Hawaii will take the lead for removal, working with the owner's insurance and salvor.