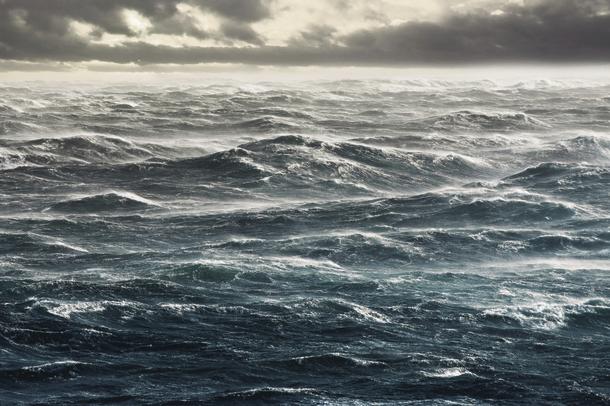 The attrition rate in the last Golden Globe Race around the world has led to some lively debate about the safety of these old designs compared with modern ocean racers.

Those decrying the use of traditional long-keel yachts point out two differences compared with modern high performance yachts. Firstly, they are slower with limited opportunity to get out of the way of approaching storms. This seems irrefutable to me.

The second point they make is not nearly so clear cut: they claim the greater directional stability of a long keel means that if the yacht is surfing on the back of a wave, it will go out of control once it stops surfing. This comment made me recall a piece of work I did many years ago, attempting to explain why ocean sailors adopt different tactics when running with a storm.

The ocean is a mish-mash of waves coming in all shapes and sizes from many directions. That is much too complicated to investigate mathematically, so I follow standard engineering practice and strip it down to something simple enough to understand, but not so simple that it is meaningless.

I shall assume we are dealing with a yacht sailing in a regular pattern of waves all from the same direction, none of them breaking over the boat. I also assume we are in deep ocean, not coastal waters, as the physics of coastal waves is similar but the final numbers come out different. We will also only consider the situation where the yacht is travelling in exactly the same direction as the waves; broad reaching brings in extra complications.

I am not going to examine other storm tactics such as heaving to, lying a-hull, or active steering.

Waves can be described by height, steepness, length, speed and period. Fortunately we can reduce this to just height and speed because length, period and speed are directly linked, as we shall see in a moment.

It is important to note that the particles of water in a wave do not move at this speed, it is the speed of the shape of the wave we are talking about here; more on that in a moment.

To put this in perspective, a typical deep ocean wave might have a period of ten seconds. The oceanographic equations show that it would have a length of 150 metres and travel at 30 knots. It would probably have a height of around 7m but it could be as high as 14m. If its height is more than about 20m it will break.

Let us return to the issue of the speed of the water particles making up the wave. The particles of water do not travel with the wave, they go round in a circle: see Figure 2.

They travel with the wave at the crest, in the opposite direction at the trough and vertically at the mid-slope in between. This can be proven mathematically and verified by putting a cork in the ocean and tracking its movement.

This circular movement of the water particles is given the term ‘orbital velocity’. Our example wave, of period 10 seconds and height 7m, will have a wave particle (orbital) velocity of about 4kn.

And now the naval architecture

Consider the effect of those orbital velocities on the effectiveness of the rudder. The greater the speed of the water flowing over the rudder, the more steering force it can generate.

If a boat is sitting with its stern on the crest of a long wave doing, say, 7 knots, then the flow speed over the rudder will not be 7kn, it will be 7kn minus the orbital velocity of the water particles at the wave crest. A 10 second wave of 7m height, has an orbital velocity of about 4kn; so, when the yacht rudder is on the wave crest, the flow over the rudder is just 3kn (7kn minus 4kn). This is what gives the helm that soggy helpless feel just before the wave
gets a hold of the boat.

Conversely, the orbital velocities in the trough are 4kn in the opposite direction, giving you a healthy 11kn flow speed over the rudder, if you can maintain boat speed. Let us park this bit of knowledge about rudder effectiveness for the moment and move onto surging and surfing.

There is a very old and oft forgotten piece of research (du Cane and Goodrich, 1962), where they measured what happens to boats travelling down waves at model scale in a test basin. They happened to be interested in high speed powerboats, but subsequent tests, Kan, 1987 on a range of hull shapes, led to similar generalised conclusions.

The tests revealed two important findings. Firstly, if a yacht is moving at say, 8kn in calm water, then you put the boat in waves with the same propulsive force from the wind, you can pick up and surf-ride a wave that is about 50 per cent faster than your calm water boat speed.

So, if you have enough wind force to travel at 8kn in calm water, that will enable you to surf steadily on a wave travelling at up to 12kn. This would be a four second, 25m long wave.

The second important finding from the model tests is that the more a boat surges, i.e. increases and decreases its speed as the wave passes, the more likely it is to go out of control, usually a broach. So less surge means lower likelihood of broaching.

These two observations are linked, as shown in Figure 3. It shows that as the speed of the boat increases it surges more and, when the surge speed momentarily reaches the wave speed, the boat will surf-ride on the wave.

Putting it all together

If you bundle all the above observations together you discover that there are two conflicting requirements: the need for good rudder control means you want boat speed to be high, but the need to reduce surge means you want to slow the boat down.

Let us set the two criteria for safe travel as:

Taking a 50kn storm as representative of when things start to get hairy, when you do the sums you get the answers shown in the table in Figure 4.

The results show that at the beginning of the storm the boat speed must be kept below 10.2kn, which suggests towing warps or a drogue, but not generating so much drag that speed falls below 5.5kn. Then as the storm develops, the warps should be recovered in order to maintain speed above 7.3kn if possible; there is little chance of surf-riding in this later part of the storm because it requires a boat speed of more than 18.6kn to do so.

Hence the raging debate about different downwind storm tactics over the years misses the point somewhat; a cruising yacht needs to adopt different tactics for different wave conditions. Specifically, you deploy drag devices at the beginning of a storm when the waves are slow and short, then run at speed later in the storm when the waves have developed into long, fast ones: other things being equal, which they rarely are!

The proof of the pudding

So is this all just theoretical clap-trap or is there some real-world evidence to support it? The theory could be tested by going through the firsthand accounts of successful ocean sailors in conventional cruising yachts.

Bearing in mind all the assumptions made in this analysis: non-breaking waves from dead astern etc., it is difficult to find a firsthand account where the two tactics were used at different points in a storm. Nevertheless, there are many reports which do support the general thrust of the theoretical conclusions reached. I have looked through two sources of first-hand accounts. For full references contact Cruising Helmsman.

Probably the strongest supporting evidence is that of Moitessier (1969) sailing his yacht Joshua in the Southern Ocean in December 1965. He deployed warps during the first part of the storm, hand-steering easily at first but with increasing difficulty as the storm developed.

Twenty hours into the storm he realised he should not be towing the warps so he cut them loose. The yacht became much easier to steer and survived the storm relatively unscathed. This account is the only one I can find where both techniques are used at the appropriate point in a storm.

While Moitessier’s experience might be seen as full vindication of the theory, it should be tempered by the observation that Moitessier was actively steering and also keeping the waves slightly off dead astern.

The pitch-poling of Tzu Hang in the Southern Ocean in February 1957 is one of the most famous storm descriptions in sailing history.

We can never know if they would have avoided the pitch-pole if they had cut the warps free, but it shows that warps worked to start with but they did not prevent catastrophe later in the storm.

There is almost certainly an element of subconscious cherry-picking in the above examples, but they do provide some support for the theory. What does stand out are the additional influences of active steering, hull shape, wave breaking (steepness) and sailing at an angle to the waves.

It also becomes evident that a drag device capable of adjusting the drag according to boat speed could provide a single solution to both sets of storm conditions.

All these factors need to be added to this preliminary analysis, but at least we now have a sound scientific basis to continue work from. ≈