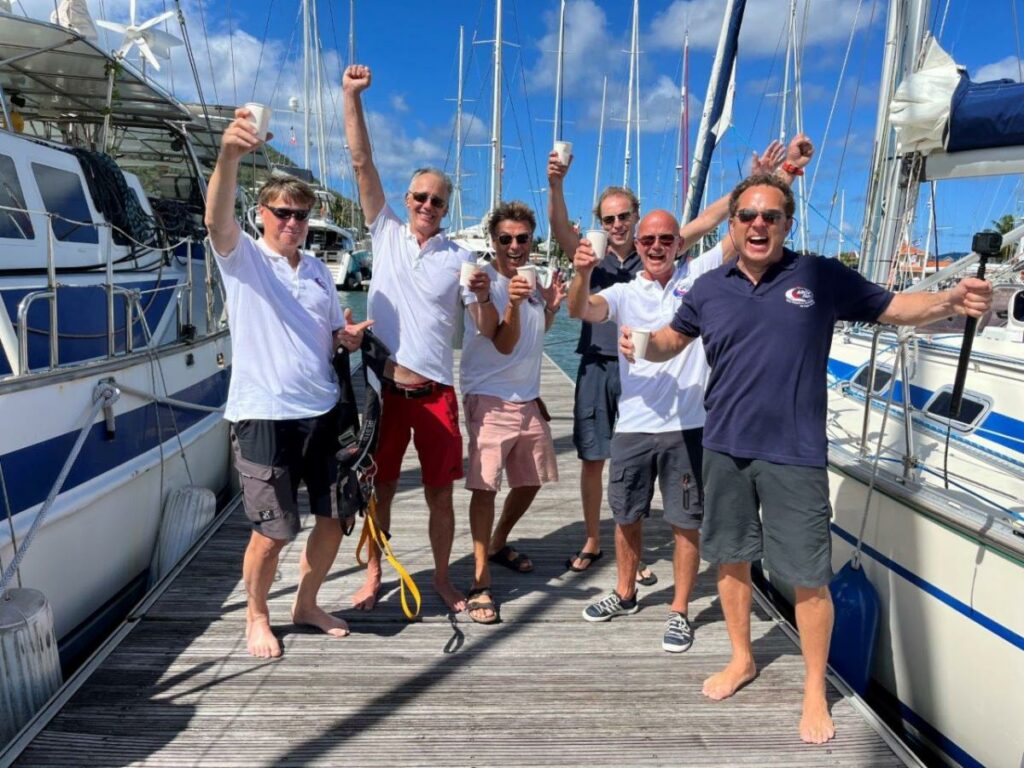 The crew of Wubbles. Pic - WCC 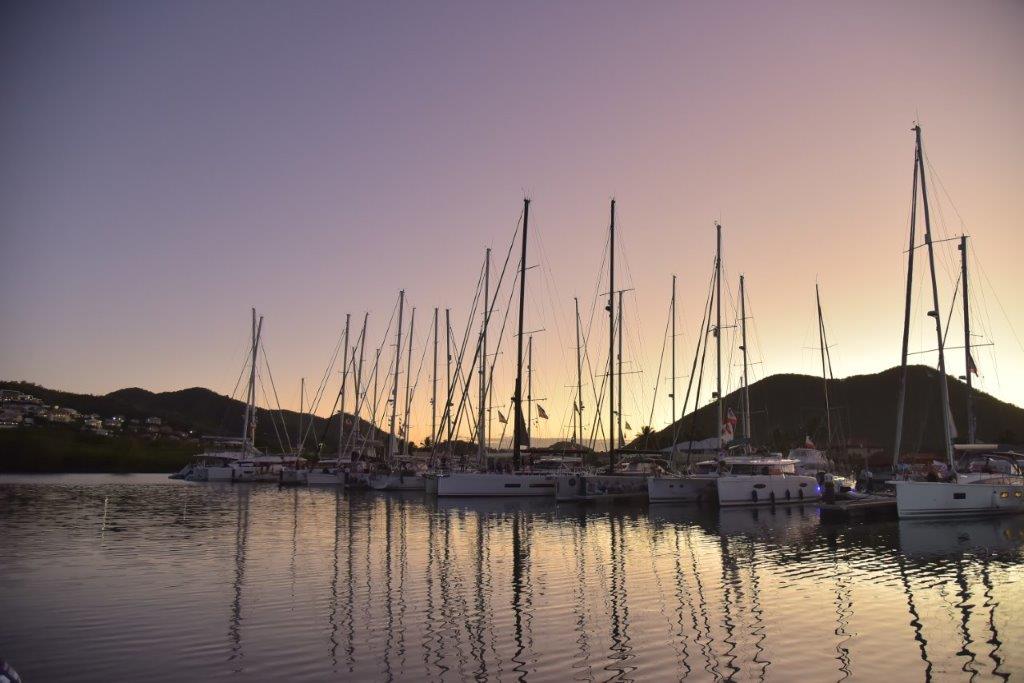 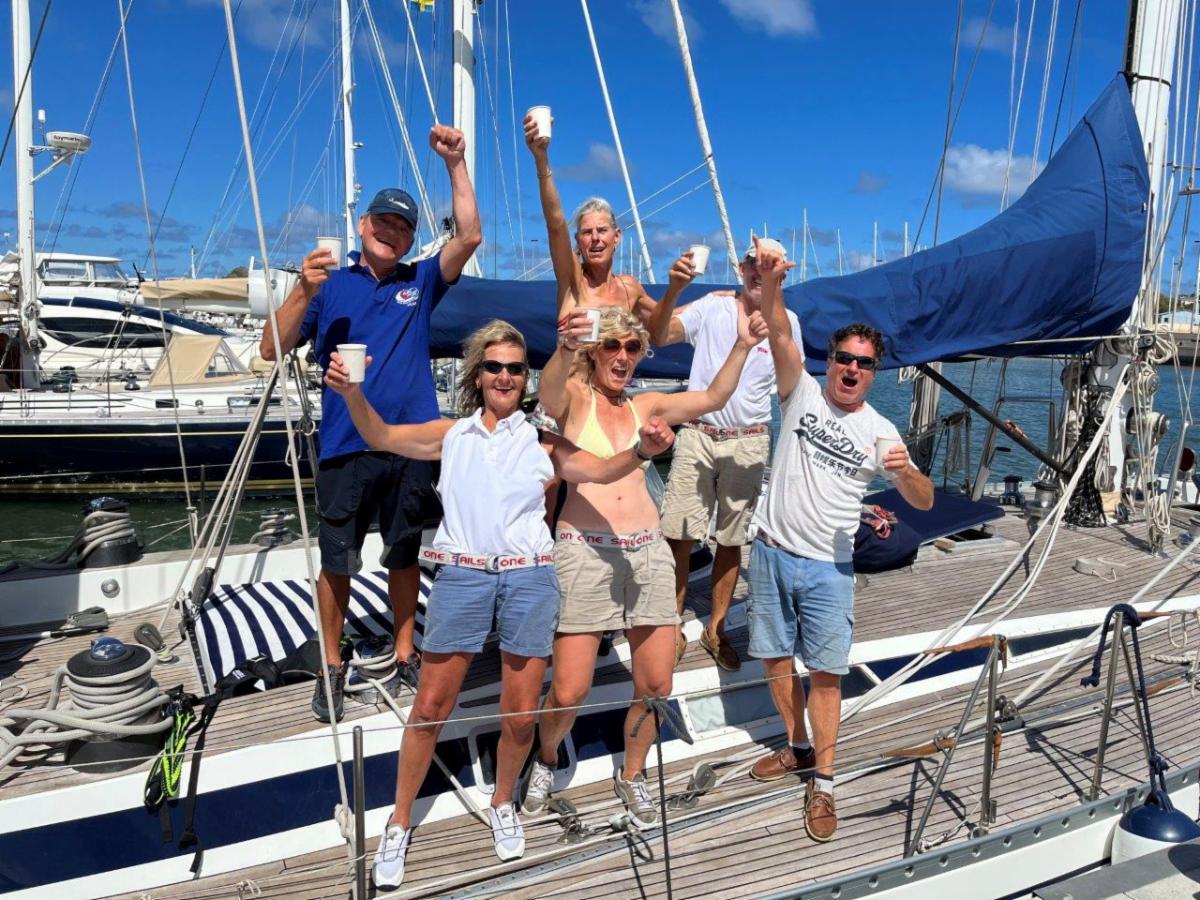 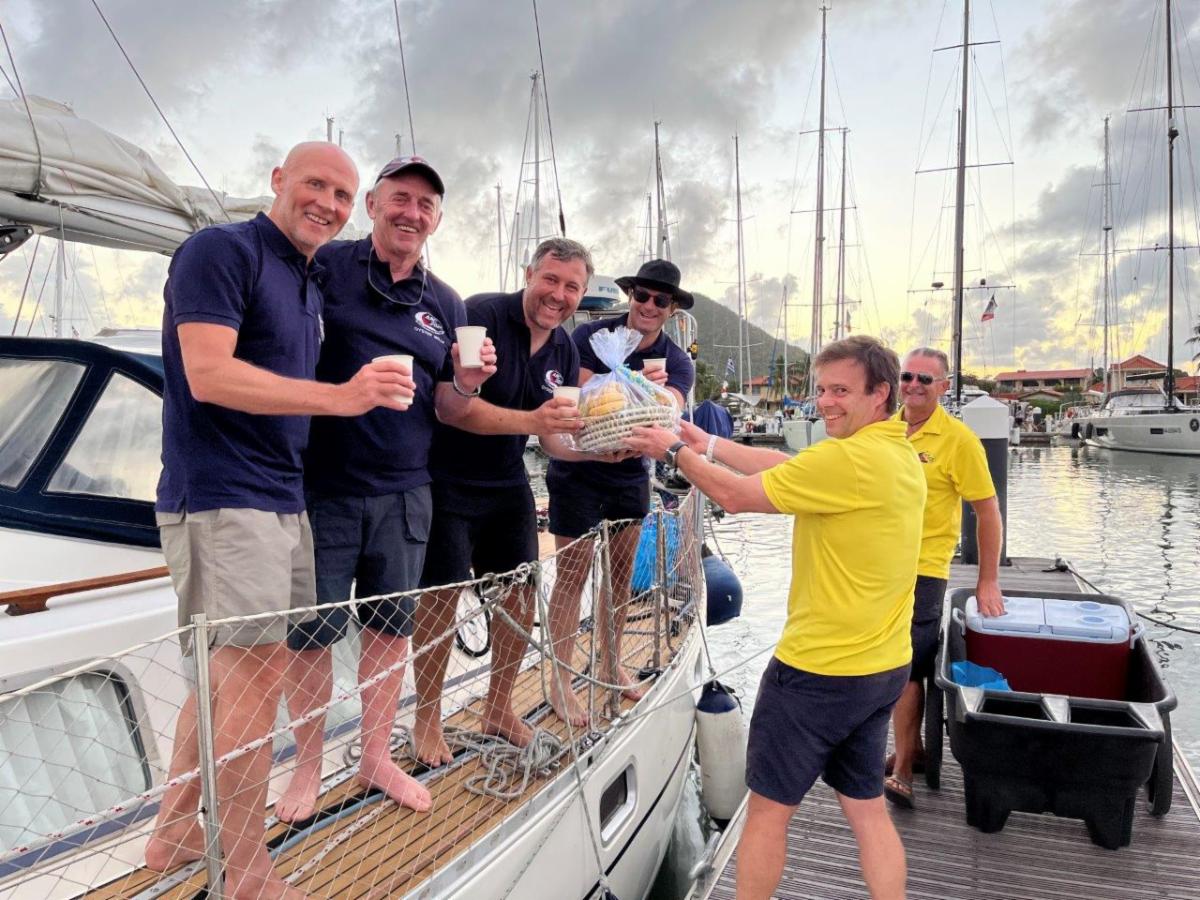 Deciding to sail the Atlantic as part of an organised fleet brings support, learning advantages, and of course entertainment and great camaraderie.

It has been said on many occasions that members of previous fleets remain sailing friends for life and the first edition of the ARC January has proved no exception.

Despite being a smaller fleet in number than the traditional November ARC rally, it was just as eclectic, with 40 vessels of all shapes and sizes crossing the Atlantic together. On board, crews shared the same excitement and for many postponing their crossing for a couple of years now, they were thrilled to be taking part in the event.

“I am so thankful to have had the opportunity to realize my biggest dream in life: to sail the Atlantic Ocean!” beamed octogenarian Gina from Friendship on arriving in Saint Lucia. “The ARC flag will be hoisted on the flagstaff at my home in France and will always remind me of these 24 days of a lived ‘spirit of the sea’ and the big family feeling both in the Muelle Deportivo in Las Palmas and Rodney Bay Marina in Saint Lucia.”

It was hoped that crossing the Atlantic in the new year would bring perfect, established trade winds. However, after a fluky winter season for all transatlantic sailors, sadly the lack of winds continued throughout the month of January, we ask ourselves is this just a one-off anomaly, or is this a trend to continue as the world’s climate changes?

Having experienced a breezy start it was a low pressure to the north once again which caused problems. This in turn expanded and created a large hole of extremely light winds northwest of Cape Verde just as the fleet was passing through. Not really experiencing proper trade winds until the last week or in some cases just days before their arrival into Saint Lucia, it meant some of the fleet were crossing the finish line later than expected.

Overcoming these challenges of the crossing, from the weather to complying with necessary Covid protocols, the arrival in Saint Lucia was all the sweeter for over 200 crew from 30 different nations who sailed in the rally. The docks of Rodney Bay have come alive since the first arrival on Monday 24 January, and there has been a steady wave of weary but smiley sailors coming ashore ever since. Owing to the light winds, some yachts chose to make a pit-stop in Cape Verde to re-stock and re-fuel, and will reach Saint Lucia in the coming days, no doubt to receive a fitting welcome from their fellow ralliers.

In celebration of their momentous achievements, the prizegiving took place in IGY Rodney Bay Marina on Friday February 4. Using the same format as the two previous ARC ceremonies, the marina docks became one big theatre, and crews were able to join in from the cockpits of their own boats. The 80ft catamaran Go Tango became the backdrop, with screens and sound system erected to ensure all the boats could take part. Party bags were delivered to each crew, and participants from other docks were able to buddy-boat and watch the show as well.

ARC January 2022 Event Director, Andrew Pickersgill, opened the evening, praising crews for their achievements for crossing an ocean under challenging conditions. With the whole dock as an arena, winners then were invited from their boats to the podium to receive their awards. Mowgli, owned and skippered by Slaven Fisher from Croatia, was the first boat to arrive in Rodney Bay and were also winners of monohull Class A crossing the line some 300 miles before the next boat arrived.

Continuing for the monohulls, Class B winners were the elegant Franchini 53, Rhapsodie VI, skippered by owner Jean-Jacques Godet, who also sailed the shortest distance of any ARC January yacht, covering 2849nm from Las Palmas to Saint Lucia. Winners of Class C were family boat from Norway, En-Deilig, a Hylas 54 sailed by the Evertsen family. The Multihull Division was won by American flagged boat, Volare, a brand-new Neel 51.

Because ARC January is a cruising rally, there were awards presented for categories not related to the competition but celebrated the unique ambiance of a shared ocean crossing. Biggest fish, oldest participant, oldest skippers and longest and shortest distance to sail were amongst the many prizes. One of the biggest cheers was for the children of the ARC January family boats – 12 young sailors, aged from eight months to 16 years, sailing on five boats in the rally. Each young crew member received an award to recognise their achievements and maybe one day they will return to skipper their own boat in an ARC Rally.

Sean Devaux welcomed the participants and said, “We are very proud to be part of this debut event and congratulations on making history as the first ARC January arrivals.” Mr Thaddius Antoine continued, “We wish you a heartfelt welcome to Saint Lucia and we celebrate your bravery, we applaud you.” Handing out the award for Class A, The Minister said, “I congratulate every one of you and I am glad you have joined us and are celebrating in Saint Lucia.”

As in previous rallies and keeping to tradition, the highlight of the awards evening was the presentation of the converted ‘Spirit of ARC January’ award. Saved for last in the proceedings, this is given to the crew, or crew member, who, through their extraordinary actions, have demonstrated the spirit of what the Atlantic Rally for Cruisers is all about – safer and enjoyable long distance cruising, in the company of others.

Nine days into their crossing, the crew of Brainstorm received significant rudder damage, causing water ingress and it was necessary for the crew to abandon the yacht. The closest yachts, What’s Next and Rhapsodie VI quickly altered course to offer assistance, and a transfer of the crew was completed in daylight on January 19. Brainstorm’s crew, Menno, Duco, Hendrick and Michiel were warmly welcomed onto their new Atlantic crossing vessels, with a great show of camaraderie and seamanship. To delighted applause, the crew of What’s Next and Rhapsodie VI were called on stage to receive this year’s Spirit of ARC January award.

Wrapping up the evening, World Cruising Club’s Andrew Pickersgill, thanked all the crews for making ARC January 2022 such a special event and praised the Yellow Shirt team along with the island of Saint Lucia and WCC Partners for their welcome and support for all the ARC crews. World Cruising Club will be back in Saint Lucia again in December with ARC 2022 – currently fully subscribed – and entries have just opened for the next edition of ARC January which will start from Las Palmas de Gran Canaria on Thursday 12 January 2023.