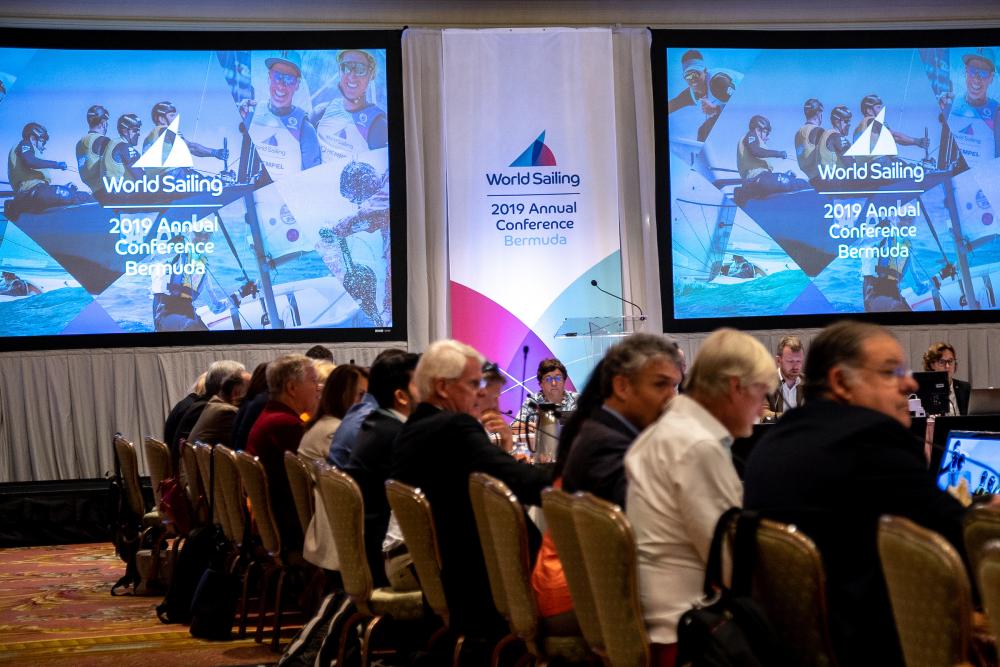 World Sailing's EGM has been cancelled

The ninth and final day of the Conference saw the ratification of the Council decisions made on Friday and Saturday, confirmation of the Election Committee for the 2020 General Assembly and a decision made on World Sailing’s governance.

A full feed from the day is available here with a full recap below:

Ahead of the 2019 Annual Conference, World Sailing published a Revised Proposal to Reform its Governance titled, “Refreshing the Foundations for Our Future”.

The Proposal had received input from World Sailing’s Member National Authorities and other stakeholders with a draft Constitution and draft Regulations published.

More information following the publication of the Revised Proposal is available here.

The Proposal was put to World Sailing’s Members for approval.  In order for it to pass, a majority of 75% was required. 38 members voted in favour with 21 against. This resulted in 64.4% in favour so it was not passed.

Following the vote, the World Sailing Board of Directors announced it had reflected on the comments made at the meeting and would allow a period for further feedback on the Proposal. After this, the Board will call an Extraordinary General Meeting no later than May 2020 in order to consider the Proposal along with any appropriate revisions.

Ratification of the World Sailing Council decisions; iFoil for Paris 2024

Members at the AGM approved the amendments to the Regulations and Constitution as approved at the meeting of World Sailing’s Council, the main decision making body, on Friday 1 and Saturday 2 November.

A 50% majority was required for the vote but delegates voted to reject the amendment. 13 voted in favour, 37 against and there was one abstention.

This now confirms the list of Events and Equipment for Paris 2024 as:

In 2020, World Sailing’s General Assembly will see the election of the President and Board of Directors for 2021-2024.

Members approved the Board recommendation for the Election Committee of Phil Cotton (GBR), David Kellett (AUS) and Melanie Willmore (CAN).

Melanie Willmore was the People, Governance & Operations Director at the International Hockey Federation (FIH) from 2010 to 2018, overseeing the FIH elections procedures as Secretary of the Governance Panel and the Elections Oversight Panel, and overseeing governmental work for the FIH Executive Board and Foundation Board.