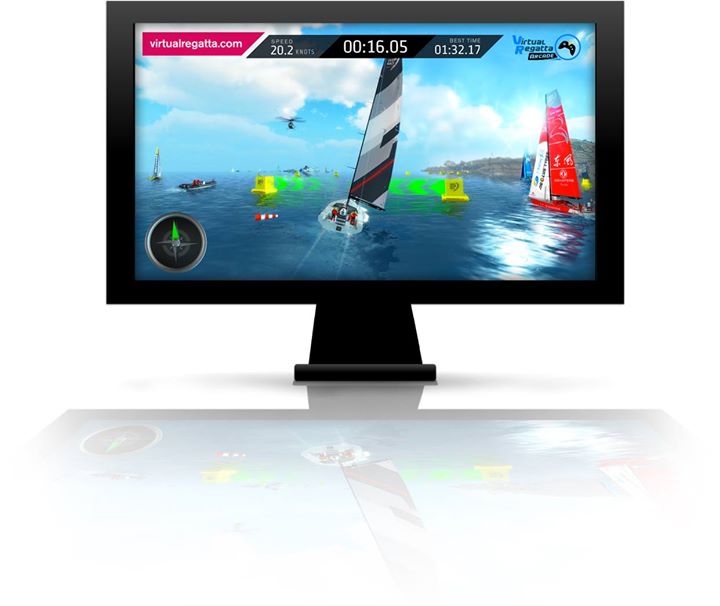 16/11/2017
World Sailing, the world governing body, has moved into the world of eSports with the launch of the first virtual World Sailing Championships.
In partnership with the leading digital sailing platform, Virtual Regatta, the eSailing World Championships will be held every year starting from 2018.
World Sailing says the Virtual Regatta platform provides the perfect vehicle for the eSWC, with their established Inshore Regatta games. A new set of World Sailing regulations will be used to allow the sports Racing Rules of Sailing to be adapted to the virtual world.

Inshore regattas will be held through the year with players accumulating points that will establish their standings in the eSailing World Rankings. Players in the rankings will have the opportunity to qualify for global play offs, and ultimately participation in the live final. The final of the inaugural eSailing World Championships will be held in Sarasota, USA in November 2018.

The eSWC is aimed at everyone from expert sailors to sports gamers. Virtual Regatta has experienced that around half of players are non-sailors, and with a young age profile. World Sailing see the eSWC as a perfect way for fans without access to sailing equipment or facilities to become engaged in the excitement of the sport.

The unique qualities of sailing – combining sport, nature and technology – lend themselves to a virtual gaming environment. The multiplicity of variables, with the combination of equipment and the forces of nature, make virtual sailing every bit as challenging and strategic as the real thing.

Virtual Regatta currently has more than one million active players on its platform and has acquired in excess of 100 million views on Dailymotion.

World Sailing is one of the first international sports federations to move into eSports and the move will allow existing and new audiences to engage in the sport on a digital platform.

“Sailing is well suited to digital presentation,” commented World Sailing President Kim Andersen. “The sport requires constant inputs and an acquired skillset to manage the relationship between the boat and the forces of nature.

“The variety in boats, from dinghies, windsurfers to 100 foot boats make it especially rich as a gaming platform.”

Philippe Guigné, founder and CEO of Virtual Regatta said, “Virtual Regatta is honoured to enter the World Sailing family. Our international federation is showing the world how sailing is at the edge of innovation.

“The eSailing World Championship is probably one of the most ambitious and innovative projects in the world between a federation and a gaming company.

“ESports is opening a new audience to our sport as well as allowing sailors to practice their favourite sport everywhere at anytime.”

Virtual Regatta is the leading digital sailing platform with a community of more than one million players.

Founded in Paris, France in 2002 by passionate sailor Philippe Guigné, Virtual Regatta strives to give everyone the possibility to discover and practice sailing.

Since its inception, Virtual Regatta has created and published an Offshore and Inshore version of the game, mirroring the real sailing world. More than 150 digital competitions have been organised to date with a record 485,000 participants playing in the Vendée Globe.

In addition, Virtual Regatta is the official and exclusive game of major sailing events including the Volvo Ocean Race, Vendée Globe, Extreme Sailing Series and the Star Sailors League.