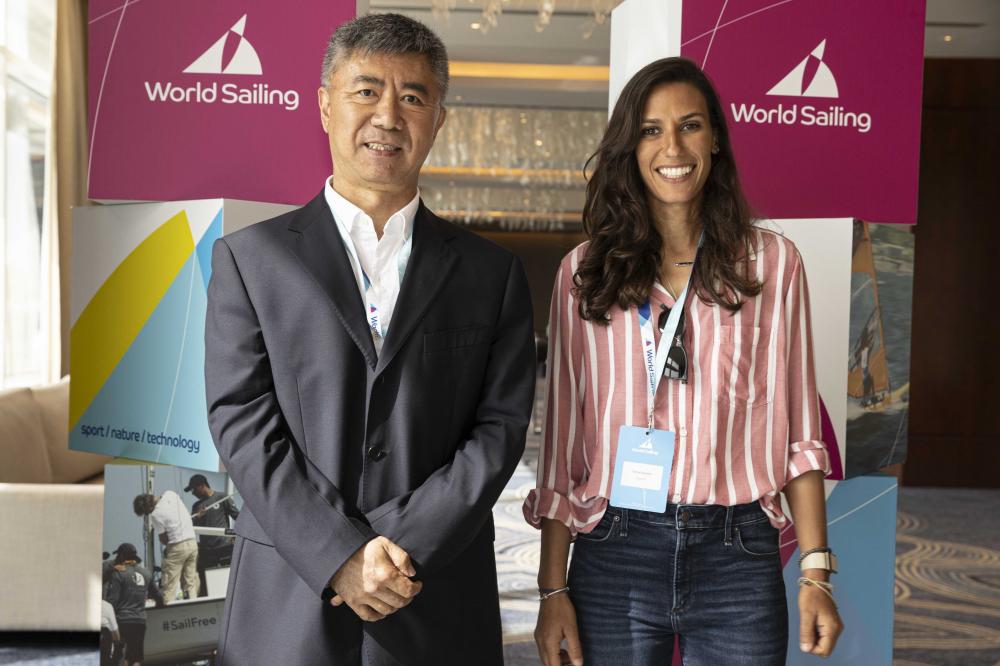 The World Sailing Council and World Sailing Board met in person for the first time in over two years at the mid-year meeting held in Abu Dhabi, bringing together representatives from across the global sailing community, hosted by the Abu Dhabi Sports Council.

Across four days, the Events Committee, Equipment Committee and the Board met to discuss the future development and growth of the sport, culminating in the World Sailing Council meeting on Sunday, 29 May.

The global pandemic meant this was the first in-person meeting since 2019. And, with the goal of providing certainty and stability for sailors, Member National Authorities (MNAs) and classes over the next six years, Council approved retaining the current slate of Olympic Sailing events for the Los Angeles 2028 Olympic Games, subject to approval by the International Olympic Committee.

Council also approved measures to address the cost and quality of the Nacra 17 Class equipment following concerns over the expense incurred by MNAs in competing in the event and recognised the potential of Wingfoiling for inclusion in future Olympic programmes. The opportunities presented by Wingfoiling were also discussed in detail by the World Sailing Board.

Addressing the meeting on behalf of the Board, World Sailing Vice President Sarah Kenny said: “This decision provides certainty to sailors, MNAs and Classes who can remain focused on Paris 2024 equipment continuing to LA28. However, the issues noted in relation to our current events and equipment, particularly the cost and quality of existing equipment, continues to be a priority for World Sailing and we must work with all stakeholders to improve the situation.

“The Board also acknowledges the rapid growth and interest in Wingfoiling and the real potential of the discipline to be an exciting, engaging and universal event for our Olympic Sailing programme.”

World Sailing President Quanhai Li said: “I welcome the Kingdom of Saudi Arabia as a full member of the World Sailing family and I look forward to working with the MNA over the coming years.”

The President’s Award was made to Andrea Camin, President of the Fraglia Vela Riva Yacht Club in recognition of the success of the Lake Garda Optimist Class Regatta. The Lake Garda Optimist Class Regatta has been providing opportunities for young sailors to race each other since 1982. The event is still going strong with the 40th edition of the race welcoming over 1,000 sailors from 34 nations.

The Beppe Croce Award for services to sailing was made to John Doerr in recognition for his decades of contribution to the sport. John Doerr has been involved in sailing since 1964, when he started competing as a schoolboy before becoming Wayfarer world champion in 1974.

As an International Judge, Umpire and Jury Member, he has officiated at the highest level including Olympic Games, America’s Cups, World Championships, World Cups and Paralympic Games since 1988, and served as a member of several World Sailing Committees throughout his illustrious career.

World Sailing Chief Executive David Graham said: “These two awards recognise an individual and a Club who epitomise everything that is great about sailing – demonstrating a lasting passion for our sport, alongside service and commitment.”

Re-watch livestreams to the Equipment Committee, Events Committee and Steering the Course.