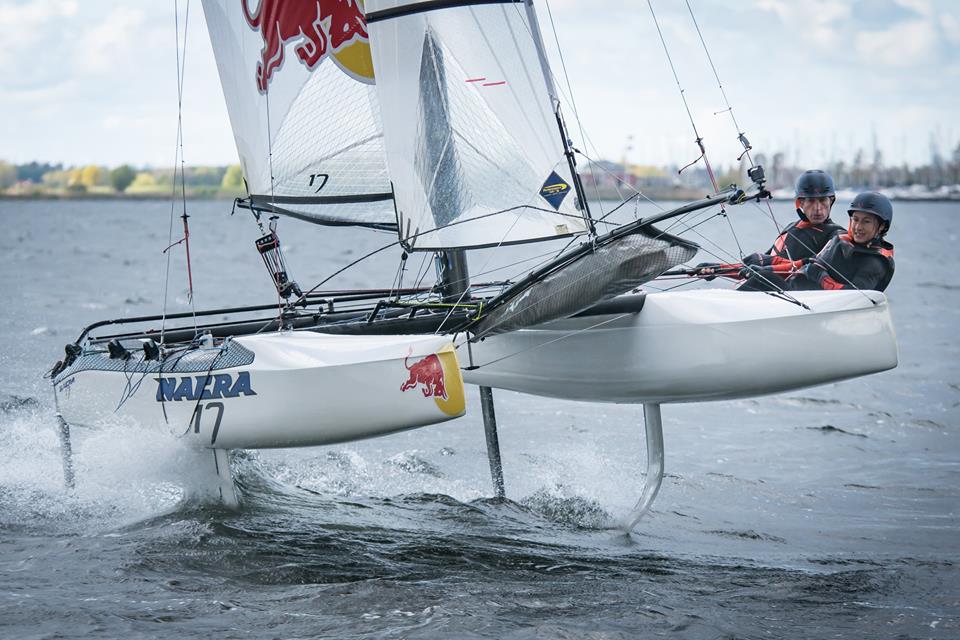 Both the Nacra 17 Class Executive and the Board of World Sailing recently reviewed and debated all options on how to transition to the foiling Nacra 17. Both parties have confirmed their support for the initial plan, and this was made official in a letter to Nacra 17 class president, Marcus Spillane from the Board of World Sailing following their board meeting on April 25, 2017. With this confirmation World Sailing will review its plan for the Sailing World Series event in Japan for October 2017. It is probable that the Nacra 17 event will be cancelled for 2017 due to unavailability of sufficient foiling Nacra 17’s and lack of demand to race the event in C board Nacra 17’s. World Sailing will make an official announcement shortly.

While the above news will mean disappointment for all teams not able to get their boats in the initial allocation or before the Worlds, we understand your frustrations and the implications for your campaigns. The Nacra 17 Class will continue to work with Nacra Sailing to make every effort to minimize the impact on each team.

Since the initial distribution was announced in January, the manufacturing plans remain on time. In addition Nacra Sailing have increased their build capacity for the second half of 2017. The Class continues to investigate other options with Nacra Sailing to speed up the roll out of foiling equipment to as many teams as possible. Aside from equipment, we are engaging with World Sailing on how best to minimize the medium-term impact of uneven equipment distribution to reduce its effect on future event entry particularly the qualifying for future Sailing World Cups.

This decision reflects the best course of action, despite their being no perfect solution. All parties are committed to ensuring that the equipment side of this Class is right for the 2020 Olympics. With early feedback from top teams testing the foiling equipment we will be better placed to ensure the long-term success of the foiling Nacra 17.