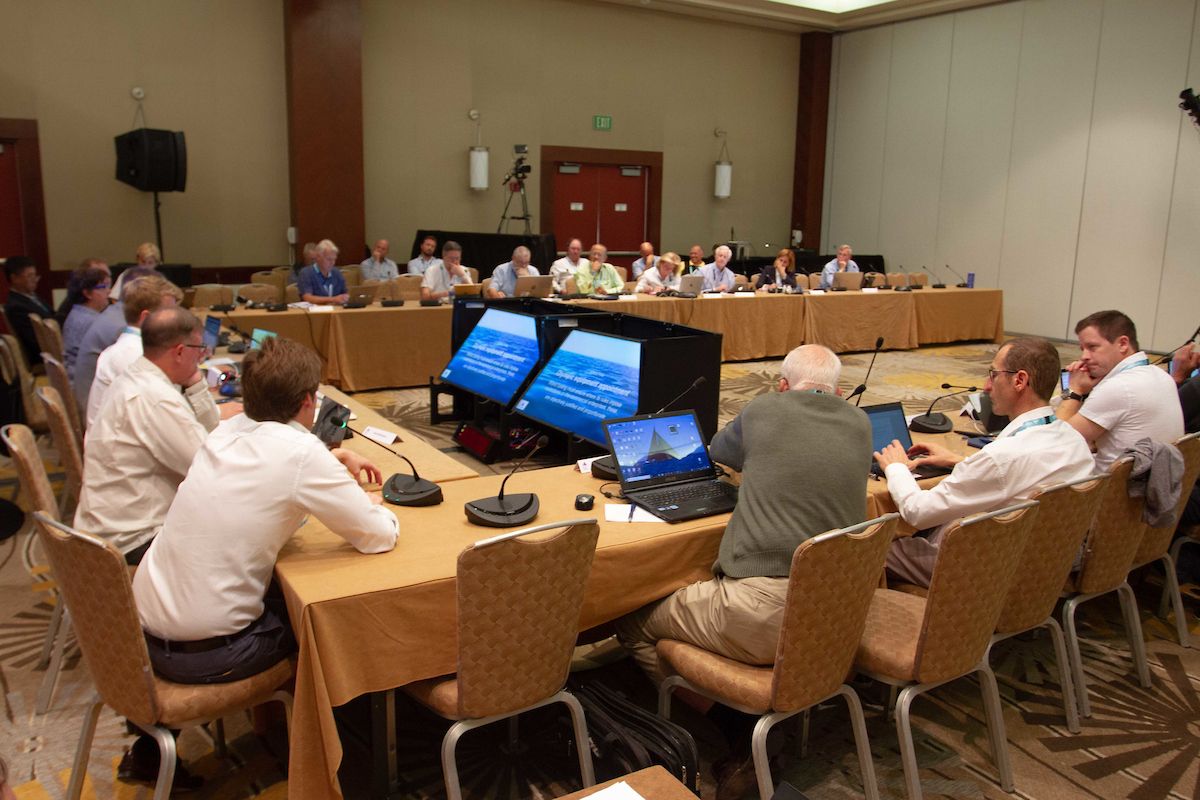 Numerous reports, recommendations not based on submissions, event updates and updates from World Sailing’s CEO were delivered.

Hunt showed Council members the 2018 management accounts and looked ahead with the 2019 budget and latest quadrennial budget forecast.

World Sailing released an ambitious five-year strategy for 2018-2022 in May this year. The strategy is broken down into four pillars which include inspiration and participation, membership and governance, sport integrity and leadership in sport.

Each pillar has a clear set of detailed strategies and measures which provides the International Federation with direction over the next five years. Hunt presented an update on the strategy and how much has progressed over the last six months and much of the work is well underway.

The World Sailing CEO also provided Council members with the findings of a stakeholder satisfaction survey.

Following the equipment-trial phase Council will select the Equipment in 2019.

Joined by Klaus Natorp, Head of the Hempel Sailing World Championships, Fox spoke about the Championships which has been widely regarded as the most successful one to date. Broadcast data was presented and more than 30-hours of television coverage was shown in Denmark. President Kim Andersen remarked that in Denmark alone, the coverage was on par with cycling’s Tour de France.

The impact the event had on the city of Aarhus and Denmark at large was presented as well as feedback received on delivering an event the magnitude of the Championships.

Buenos Aires, Argentina hosted the Youth Olympic Games in October and Fox spoke about the Men’s and Women’s Kiteboarding and Windsurfing events as well as the Mixed Multihull and how the format of the competitions worked. The Youth Olympic Games saw two countries win an Olympic sailing medal for the first time. The Dominican Republic and the Philippines stood on the podium for the first time in Buenos Aires.

Dakar, Senegal will host the next edition in 2022.

Maria Clarke, the Independent Chair of World Sailing’s Governance Commission, presented the findings of the Commission following the commencement of their work in May 2018.

The Commission held a series of meetings and engaged with stakeholders in the lead up to the Annual Conference and held a Governance Workshop earlier on in the week.

Based on feedback received throughout the 2018 Annual Conference, the Commission expects to further develop detailed proposals on which it intends to consult widely in Spring 2019, with a view to proposing any changes to the Constitution and Regulations at the Annual General Meeting in November 2019.

Looking ahead to the Annual General Meeting 4 November

World Sailing’s Annual General Meeting will be held on Sunday 4 November. The decisions over the last two days made at World Sailing’s Council will be ratified at the AGM.

Members of the AGM will consider a special resolution related to Submission 031-17.