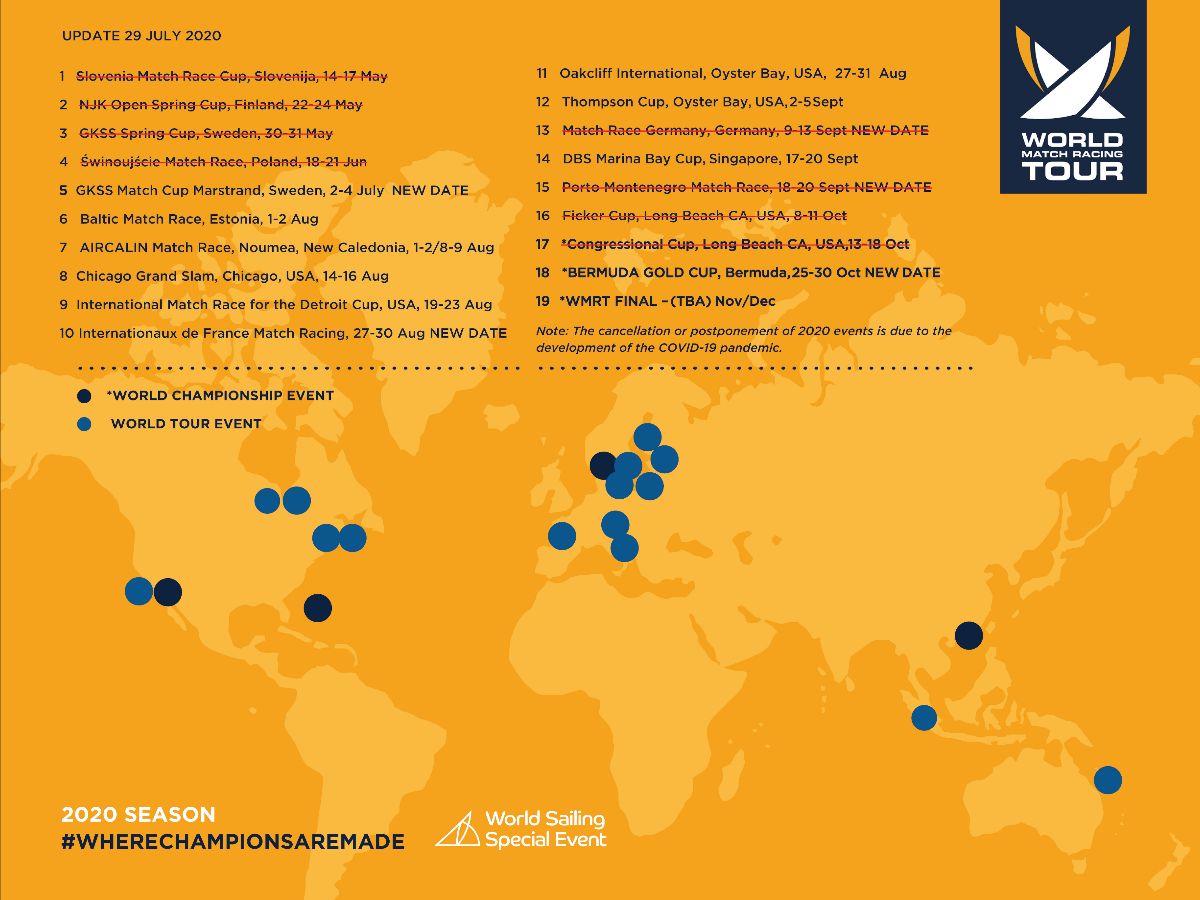 London, UK (7 August 2020) – Organisers of the World Match Racing Tour have announced there will not be a World Tour leader-board for 2020 due to current travel restrictions from the Covid-19 pandemic preventing many competitors from attending events. The World Tour still plans to award the 2020 Match Racing World Championship with an updated format to be announced after 31 August.

The change to the 2020 format amends the previously published format with skippers accumulating points from events to the WMRT leader-board, and the Match Racing World Championship being awarded to the skipper with the highest points at the end of the season, counting their best three results plus the final event.

One of the main reasons for the amendment to the format is to ensure the world championship remains fair and open for skippers and teams, as WMRT Executive Director James Pleasance explains,

“As well as our primary concern for the safety of competitors and event organisers on the Tour during this pandemic, events also need to be accessible by teams, particularly when points count towards the world championship.”

Despite not having a Tour leader-board for this year, there is still the opportunity to award the 2020 Match Racing World Championship which Pleasance is keen to make happen;

“We certainly want to award a meaningful and credible world championship for 2020. We are considering the option to host a single event championship, as well as ensuring a safe organisation of the event itself. We plan to update competitors by the beginning of September.”