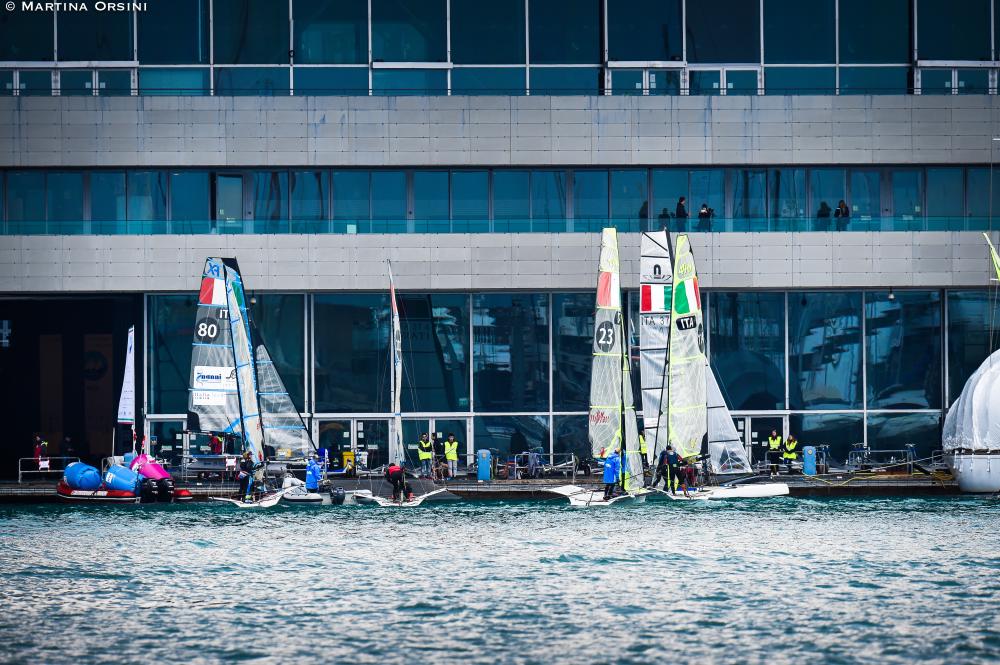 Sailing’s World Cup Series, the annual circuit for Olympic sailing and Para World Sailing, will touch down in Genoa, Italy in 2019 and 2020 for the European stopover.

Organised by World Sailing in collaboration with the Federazione Italiana Vela and Yacht Club Italiano, the Fiera di Genova will host sailors in Spring 2019 and 2020. Set against a dramatic coastline, with racing areas perfectly positioned in front of Genoa’s seafront.

The 2019 Series will start at the Tokyo 2020 Olympic venue in Enoshima, Japan this September, before heading to Miami, USA in January. Genoa will be the final opportunity for sailors’ to qualify outright for the World Cup Finals, which will be held in Marseille, France, the venue for the Paris 2024 Olympic Sailing Competition.

Enoshima will also host the first event of the 2020 series in the autumn of 2019, with Miami following early in the New Year. Genoa will be one of the last big European Olympic class events before sailors’ head back to Enoshima for the 2020 World Cup Final; which will swiftly be followed by the Tokyo 2020 Olympic Sailing Competition.

The World Cup Series is the definitive guide to the best-of-the-best in Olympic sailing; with the clear objective to showcase and develop Olympic sailing. Close racing will be creating sporting heroes and engaging sports fans, as well as attracting sponsors and broadcasters.

The World Cup Series is a key touchpoint for fans and media to connect to the sport of sailing and develop support for athletes on their road to Tokyo 2020 and beyond. Over 2,000 of the world's leading sailors, representing 75 nations, have competed in the World Cup Series since its inception in 2008.

“Genoa is a perfect fit for a World Cup venue,” commented World Sailing President Kim Andersen. “Excellent springtime sailing conditions and a world-class venue in a beautiful touristic city will ensure the competition lives long in the memory of the competitors, visitors, and an engaged local community.

“This is the first time Italy has hosted a World Cup Series event and we are delighted to be working with the Federazione Italiana Vela and Yacht Club Italiano to ensure the event is a success.”

Riccardo Simoneschi, Sport Director at the Yacht Club Italiano said, “I am delighted that World Sailing has selected to host a World Cup Series event at the Yacht Club in Genoa, my hometown.
“This has been made possible thanks to the foresight of the FIV President, Francesco Ettorre and the Yacht Club Italiano President, Nicolò Reggio with cooperation from the City of Genoa.
“We are excited to about hosting some of the world’s finest competitors on our home waters, where Italian Olympic sailing has thrived in the recent past.”