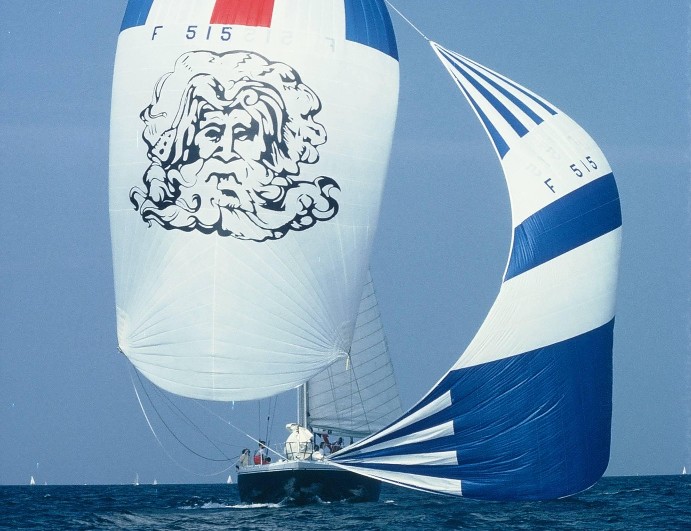 Neptune was a private entry in the WRTWR 1977-78 although she had some support from the French yachting magazine of the same name. She was constructed in 1976 in Pouvreau, Vix en Vendée, France, under supervision from her designer naval architect André Mauric. She was launched July 1977. It was the second running of the Whitbread Round the World Race and Neptune finished in eighth place on corrected time, out of a fleet of 15.
.
She originally sailed with a crew of 10, some of whom will join her original skipper, Bernard Deguy, on the boat for the Legends Race. After the race, Neptune was sold and left for Guadeloupe, Caribbean, French West Indies. Under the name of Jupiter, she is was refitted into a charter boat, but fell victim to hurricane Hugo in 1989 when she broke free from her mooring and was damaged on the entire port side. The replacement of the damaged parts caused electrolysis because the aluminium replaced was not compatible with aluminium used during construction.

In 1995 a group of people passionate about this exceptional boat, decided to put her back afloat, refitting her as much as possible as she was originally. Now Neptune has been able to race again in the Caribbean regattas such as the Heineken Regatta, Les Voiles de Saint Barth and the Triskell Cup in Guadeloupe.

She was reunited with Bernard Deguy, her original skipper, in a 40-year celebration on the Florence Arthaud dock at the Marina of Pointe à Pitre, on December 16, 2017. As plans were being made for the anniversary celebration, the idea of taking Neptune back to her original home port of Saint Malo, France, came to life with the intention of celebrating the 40-year anniversary of the Route de Rhum race, which starts from St Malo in November 2018 and finishes in Pointe-à-Pitre, Guadeloupe. Neptune will be the historical link between Saint Malo and Guadeloupe and Bernard Deguy will once again be her skipper the race, along with some of her original crew as well as members of the Friends of Neptune and some guests.

But, before her voyage to St Malo, Neptune and her crew will sail to Gothenburg to take part in the Legends Race to The Hague, where she will be welcomed in style.