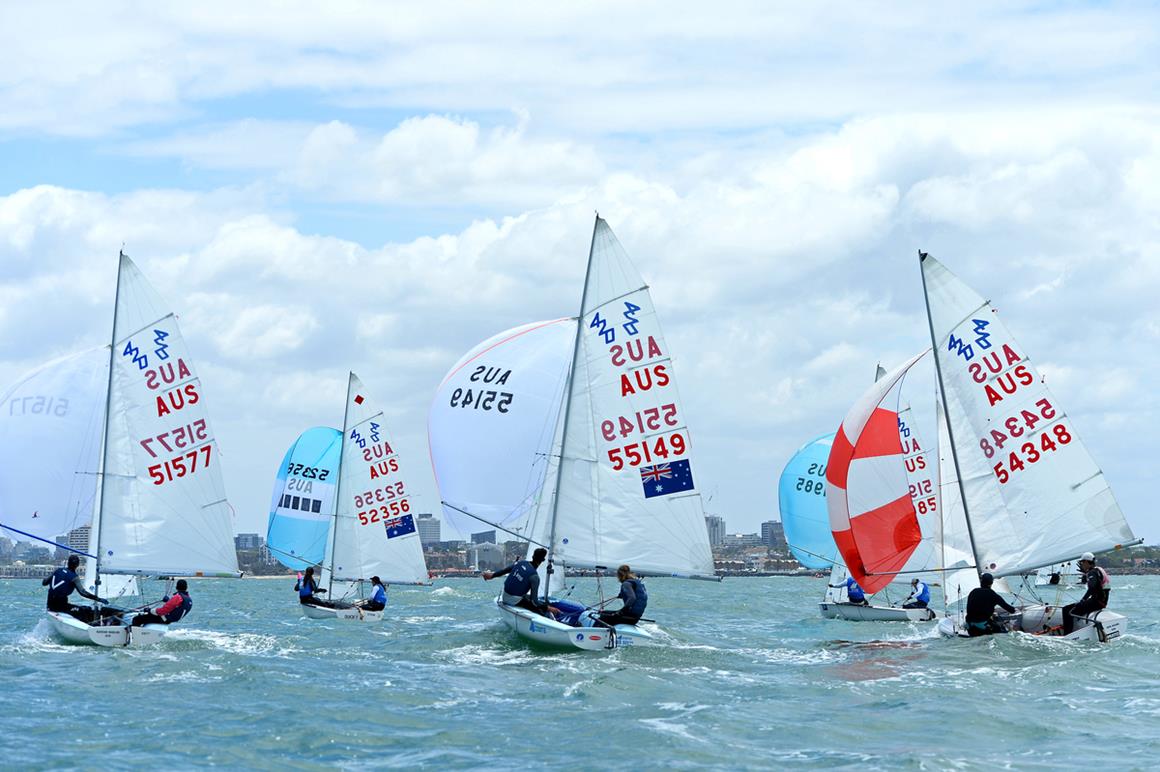 The nine invited classes that made up this year’s Sailing World Cup enjoyed excellent racing across the eight courses laid off the St Kilda sailing precinct on Port Phillip, Melbourne. Over four days the sailors encountered a range of conditions that tested their skills, fitness and patience.

Under the watchful eye of Principal Race Officer Kevin Wilson, four race management teams, each led by an International Race Officer, guided the 340  or so young sailors through some difficult World Cup conditions including a 40 plus knot squall that shutdown Friday’s schedule and sent the juniors scurrying back to the beach.

“We said all along we want the invited classes to keep coming back,” Wilson said. “It was also a fantastic opportunity for them to mix with the Olympic classes and the medallists.”

“We had three New Zealand boats and our competition was really close. It was great to have them here to train against,” Jerwood said.

The World Cup proved a valuable training event for the O’pen Bic sailors, many of whom have only been in the class for about a year.

Many of the Bic sailors now head a few miles down the road to Safety Beach for the start of the World O’pen Cup 2015 on December 27.

Daniel and Nathan Van Kerckhof (NSW) are the Viper champions, too strong for the second placed team of Jack Felsenthal and Ed James (VIC). In third was Tayla Rietman and Kenton Shue (VIC).

South Australia’s Bob Schahinger won the Liberty class, achieving a first in all six races. Second place in the international fleet went to Cathie Stewart (VIC) and in third was Robert Eadie (TAS).

It was an all-Victorian 16-boat fleet contesting the podium places for this junior class. The top places went to Anna O’Brien ahead of Kate Evans and George Aulich.

All the hard work and fun of the last week for the 102 young sailors confidently competing in light and heavy conditions came down to today.  The final top place was won by Archie Cropley (NSW) and second went to Cropley’s clubmate Cole Tapper. In third was Marcello Torre (WA).

Full results for all invited classes are available at http://sailmelbourne.com.au/website/results.html