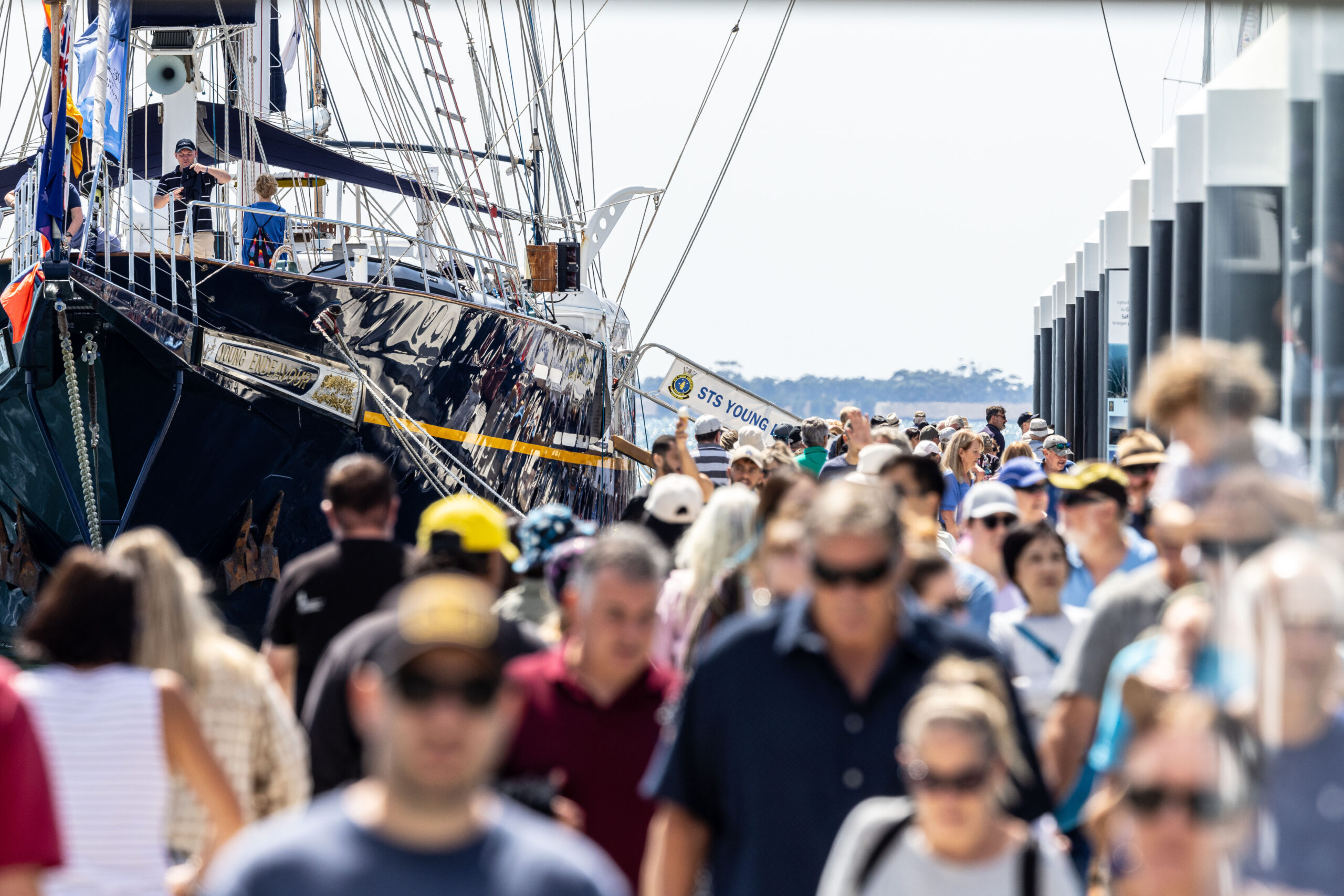 The 2022 Wooden Boat Festival of Geelong showcased the best of Corio Bay over the weekend, with 89 classic and wooden boats attracting record numbers to the festival and the Geelong waterfront.

Wangim Walk provided the focal point of action on Saturday, with festivalgoers packing the 440-metre-long wave attenuator for a glimpse at two tall ships in attendance, the STS Young Endeavour and Enterprize, the latter of which was at capacity for most of the day with hour-long on water sailing adventures.

“This year’s Wooden Boat Festival saw an amazing turnout over the Labour Day long weekend,” remarked Festival Chairman Bill Chittenden. “It was outstanding to see Wangim Walk filled with spectators and participants on Saturday, with the tall ships proving a highlight for those in attendance.”

“We are ecstatic with both the number and quality of wooden and classic boats at this year’s Festival. With boats from around Victoria and interstate, our sights are set on an even better showing at our next event in 2024.”

“The organising committee would like to thank the Victorian State Government and City of Greater Geelong for their ongoing support. We would also like to thank our amazing volunteers, regatta entrants and festival exhibitors.”

The Concourse d’Elegance, awarded to the most beautiful and well-presented vessel was presented on Sunday across multiple divisions.

Royal Geelong Yacht Club Commodore Stuart Dickson remarked, “After the success of hosting the Festival of Sails in late January, the club’s focus turned to the Wooden Boat Festival of Geelong to continue our tradition of bringing community events to Geelong.”

“It was amazing to see a festival encompass so many different aspects, with the first-ever St Ayles Skiff Row-the-Rip taking place earlier in the week, the Portarlington to Geelong Passage Race on Saturday and the International Women’s Day Breakfast and Grand Parade of Sail on Sunday.”

The next Wooden Boat Festival of Geelong is scheduled to take place on the March long weekend in 2024.

For the full results, visit: woodenboatfestivalgeelong.com.au