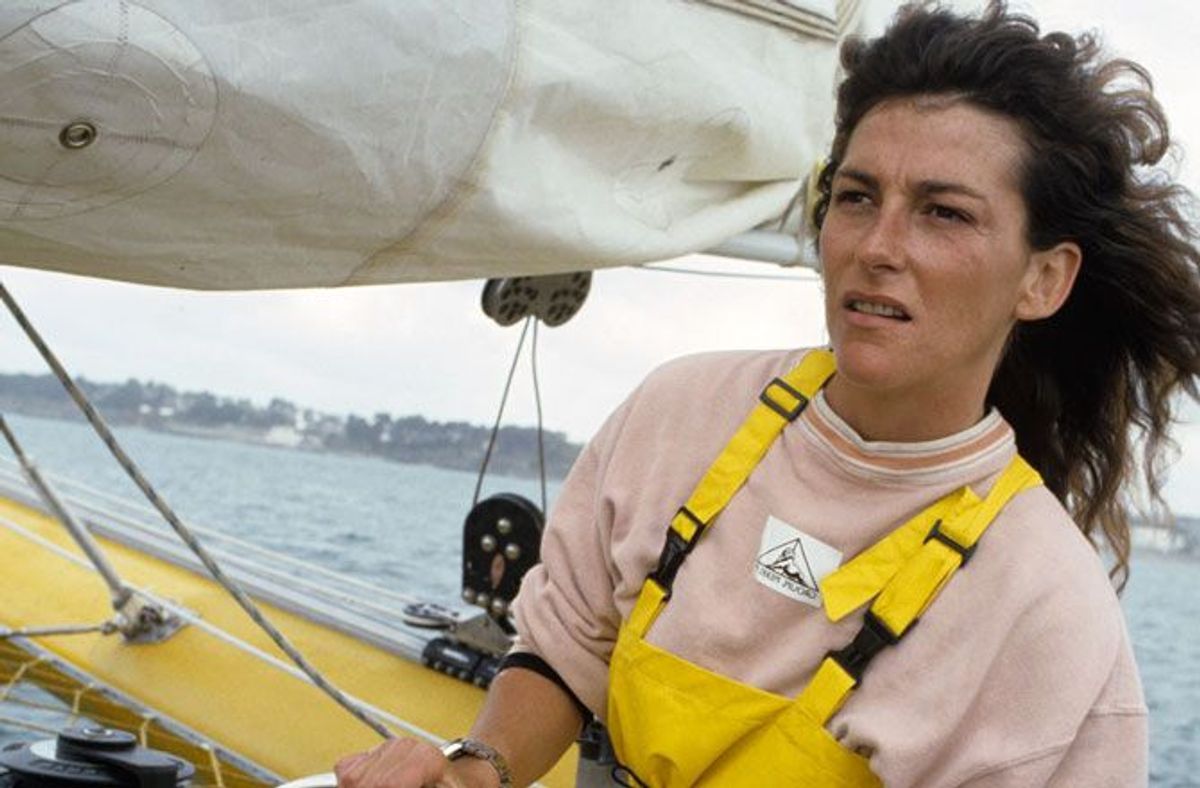 Florence Arthaud made way for many other women in ocean sailing and solo sailing.

It may not be very common to see women accepting – or having the opportunity to accept – challenges such as that of sailing single-handed around the world non-stop, but more and more are following in the footsteps of some brave female sailors who broke all sorts of barriers.

Ocean sailing accounts for many great sailors who for one reason or another have earned a place in history. However, it is striking how few female seafarers embark on such great adventures and, in most cases, their little visibility.

It does not take much research to find many female sailors who have left their mark in ocean sailing. United Kingdom and France have been the birth place of the first female pioneers in offshore racing.

If we look for the reasons why only a small number of women, compared to men, have ventured to face the challenge of the oceans we can think of the obvious cultural reasons, seafarers were once exclusively men. The first woman to have circumnavigated of the world was Jeanne Baret from France in 1767 although, in her case, she embarked disguised as a man to be part of an all-men crew.

She was the first and a pioneer. In modern times women were asking for their opportunity despite the lack of trust of boat owners, sponsors, race organisers and even some co-skippers in crewed events.

Among these there have been may true heroines, strong women and great sailors, who left their mark in the history of navigation of the twentieth century. Their jaw-dropping feats left the ocean community in disbelief as in the case of Naomi James from New Zealand, the second woman to sail around the world non-stop and single-handed.

Frenchwoman Isabelle Autissier was the symbol of a generation, the first woman to complete in a round-the-world single-handed yacht race, the BOC Challenge in 1990-1991 first the legendary Vendée Globe soon after. Isabelle famously answered an interviewer’s question asking about her achievement after a race by saying: “I only ignored any gender limits.”

Florence Arthaud, ‘the bride of the Atlantic’, was another great sailor and made way for many other women in ocean sailing and solo sailing. The rebellious, cheeky, talented and very young French woman managed, in a single season, to set a new transatlantic record and win the prestigious Route du Rhum race, writing her name in the history books of offshore racing alongside those of many famous males sailors who had preceded her.

The female presence grew after these two great sailors and some others, and paved the way for a minute and shy British girl by the name of Ellen MacArthur who equalled Arthaud’s success in the Route du Rhum Race. She then went on to raise the bar for female offshore sailing by finishing second in world toughest Vendée Globe.

The feat of the little Englishwoman did not go unnoticed and even the most legendary names in ocean racing bowed to her achievement. “There are no men or women at sea, there are only competitors” declared the great Michael Desjoyeaux in honour of Dame Ellen MacArthur and against those who had not believed in women’s potential in offshore racing.

The development of Ellen MacArthur’s career was decisive for many other women that followed in her footsteps. In Spain the benchmark in ocean sailing was set by Anna Corbella, a pioneer in solo ocean sailing and with prominent results in races such as the Mini-Transat. However, it was not until the 21st century when she sailed double-handed around the world with Dee Caffari that she earned her place in sailing history books. The Catalan sailor crossed the finish line with and said: “In ocean sailing you win or they beat you, it is the experience and the know-how that matters, gender is not decisive“.

When it comes to fully crewed racing, one name resonates above more than others, for its tenacity, perseverance, successes and toughness. This is the case of British sailor Tracy Edwards, first skipper of an all-female crew in a round-the-world yacht race (in stages). Her project ‘Maiden’ suffered a multitude of setbacks due to the lack of support from sponsors. Her perseverance led her to win two stages of that race around the world.

Behind the stage of spotlight of these world-famous female sailors there are many more who successfully bridged the gender gap and the male dominance over offshore yacht racing. These woman made very clear their passion for sailing, their thirst for challenges, self-improvement and their ultimate goal: single-handed offshore racing.

The Global Solo Challenge too gives equal room to the advancement of women in solo offshore sailing. Its format, low budget compared to other events, and its spirit, can make it appealing to many sailors. France based skipper Maxine Noury will set the benchmark in the GSC. It will be her round-the-world baptism although she has clocked in excess of 22 thousand nautical miles at sea. “The Global Solo Challenge will be my first solo race around the world and will definitely not be the only one. There are too many latitudes to explore!“, nothing can better define the enthusiasm that the Breton sailor treasures.

We have only mentioned a few names in the history of female offshore solo sailing. However, nowadays, the number of single-handed offshore racing women keeps rising and continues to narrow the gender gap.