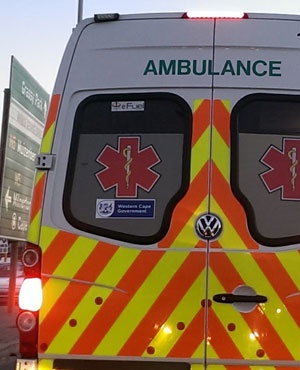 Cape Town – A woman is thought to have broken her shoulder and had lacerations to her leg after falling from the mast of a yacht moored at the V&A Waterfront on Friday.

Ian Gross, NSRI Table Bay duty coxswain, said the Table Bay crew had responded to the Marina at Bascule, at the V&A Waterfront, shortly after 08:30 on Friday to investigate reports of an accident at a yacht at a berthing there.

“Information about the accident was unclear and as a precaution NSRI Table rescue swimmers and NSRI Table Bay medical crew responded,” he said.

Gross said when they arrived, a private ambulance service was already in attendance. He said V&A Waterfront security staff and NSRI crew assisted the paramedics to treat the woman for injuries sustained from a fall from a yacht mast, where she had been working.

Gross said the woman was transported to hospital by ambulance in a stable condition.