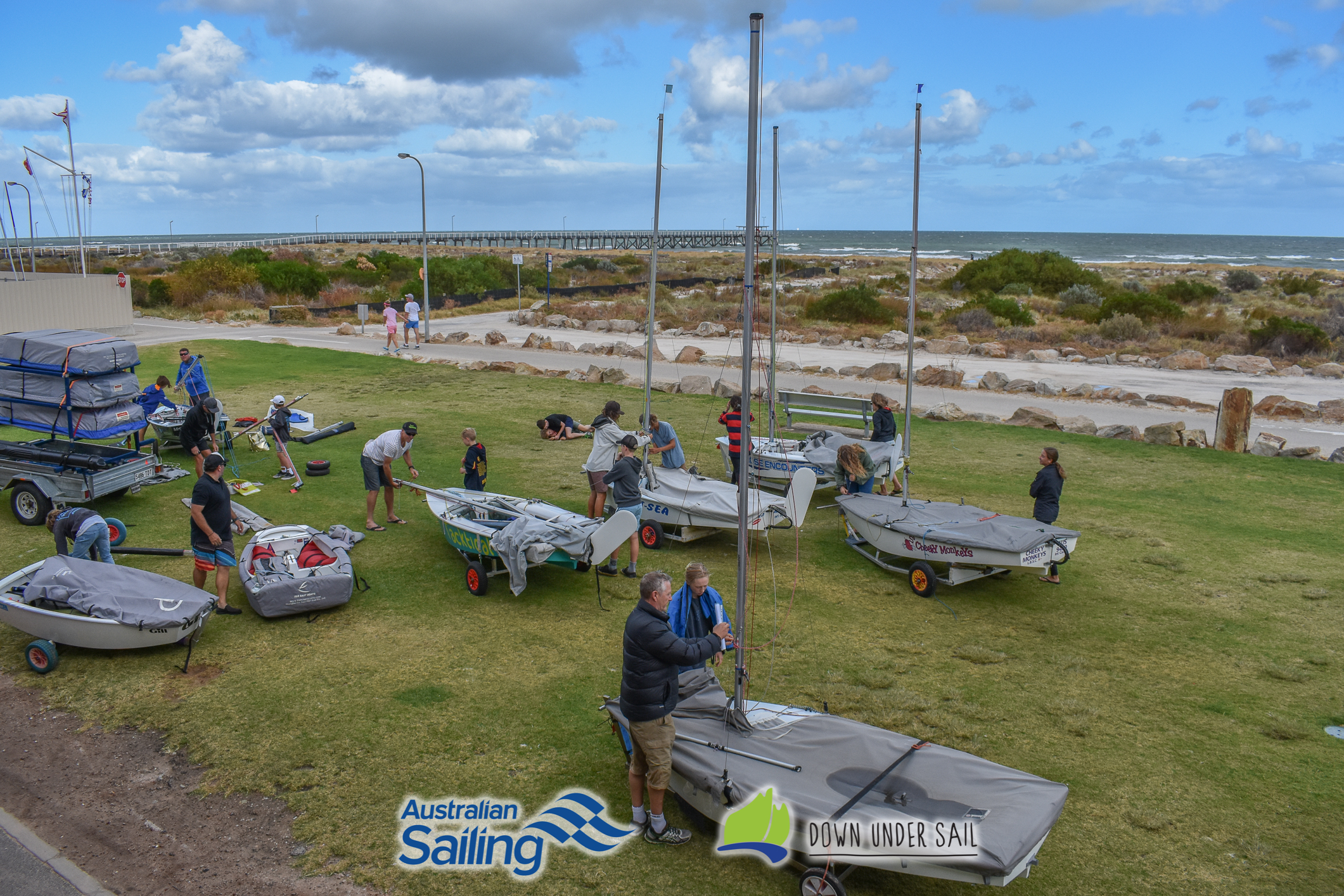 Unfortunately due to extremely strong winds off the coast of Adelaide today, the second and final day of racing at the South Australian Youth Championships was cancelled at 10am.

After arriving in the morning to an average wind speed of 25 knots with gusts up around 30, the race committee gave it an hour to see if it would moderate, however with the way the forecast looked it was clear it wouldn't become sailable.

As a result, the final standings after the first day of racing stood for the overall championship and the winners were crowned an hour later in the club house.

While sailors were waiting for the final decision to be made on the racing, we enlisted the help of International Cadet sailor Carter Baker, who interviewed jury chairman Wayne Thompson about the rules around sculling.

Check out the interview below.

In the 420 fleet,Alex Magarey and Jacob Lowe in Yahoo took the overall win ahead of a couple young skippers in Quinn Auricht and Jonas Barrett.

The International Cadet racing was tight in the light conditions with Darcy Conry and Aiden Porritt in Stoked taking out the regatta on a count back to Thomas Gordon and Zoe Hinks in Kaos.

Ben Hinks led the charge in the Laser 4.7 fleet, taking the win ahead of Ben Newman in second and Darcy Fewings in third.

Josh Hinks was dominant in the Laser Radial fleet taking out the win with four wins ahead of Nicholas Pannell with four seconds.

Nicholas Ebourne ended up as the overall winner in the Open Bic fleet, and also won the class state championship which was sailed this weekend, finishing ahead of Tasman Grutzner, with brother Thomas Ebourne in third.

Fraser Baker was consistent in the Optimist Intermediate fleet, finishing as the winner ahead of Sailor Cowen in second and Darcy Higgins in third.

Racing for the green fleet was finished after the first day due to the Sunday forecast and prizes were presented by Yachting South Australia President Shevaun Bruland following Saturday's racing.

Tyndelle Bleakley in Hazardous won the only two races of the Open Bic Green fleet to take the overall win, followed by Hannah Lewis in second and Zoe How in third.

While Will Gaylard won both races in the Optimist Green fleet to take the overall win, ahead of Mitchell Young in second and William Clough in third.