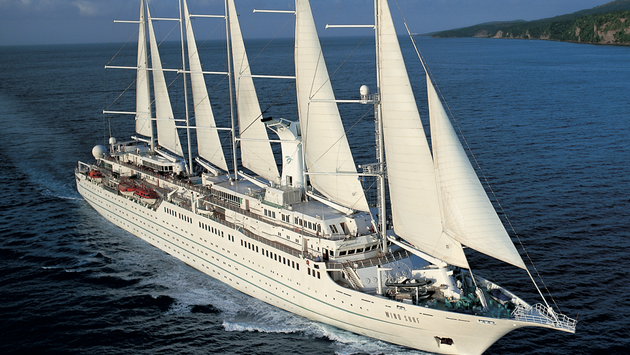 The 535 foot sailing ship can reach up to 15 knots in speed with the sails up (engine assisted). Pic - Windstar Cruises

Windstar Cruises has resumed cruising on four of its six small ships now that the flagship Wind Surf, the world’s largest sailing ship, has launched voyages in the Mediterranean.

The Windstar fleet carries 148 to 342 guests and sails throughout Europe, the Caribbean, Costa Rica and the Panama Canal, Asia, Alaska and British Columbia, Canada and New England, Tahiti and the South Pacific, Mexico, Australia and along the U.S. coasts.