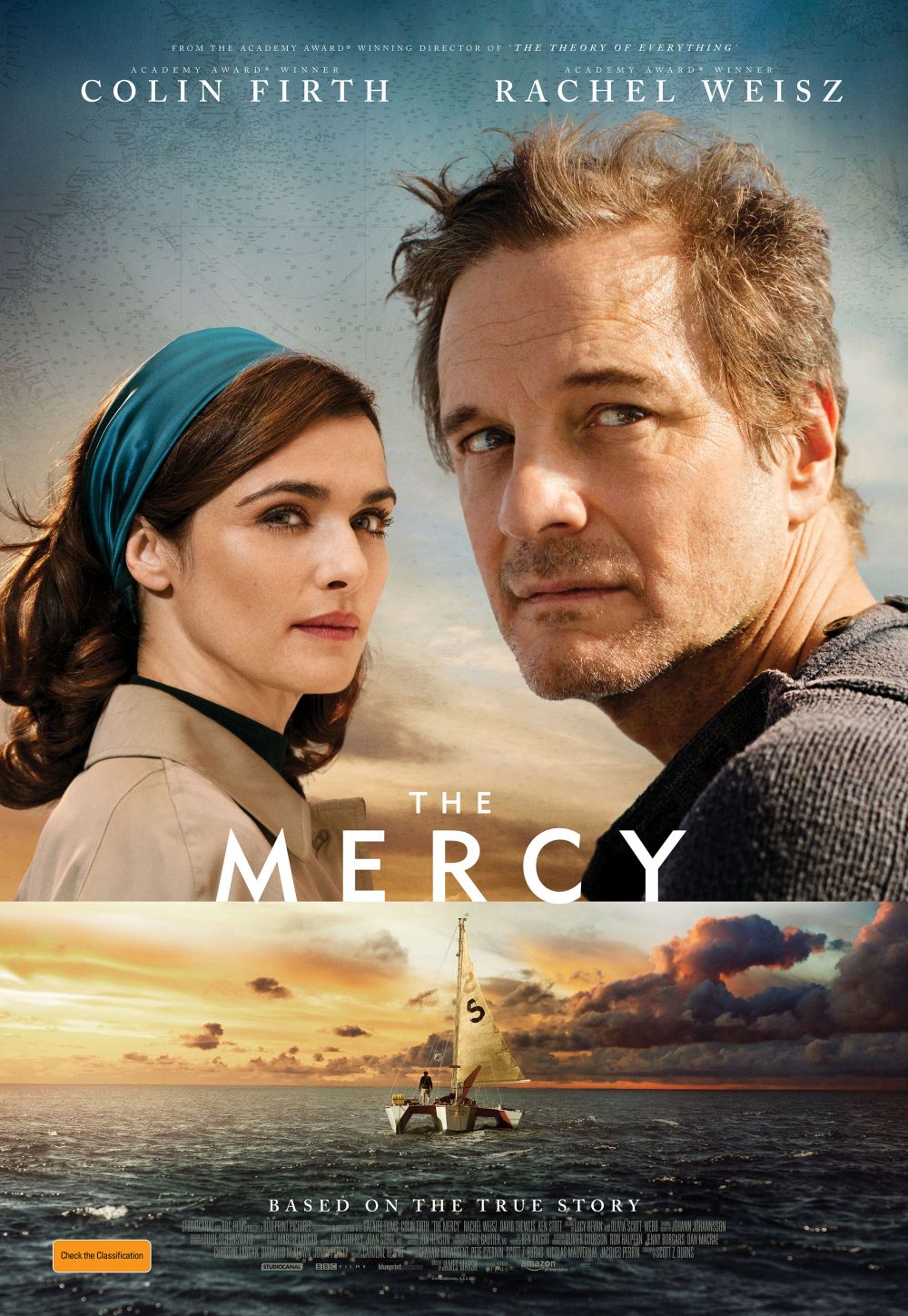 To celebrate the release of The Mercy, the story of Donald Crowhurst's ill-fated entry in the first Golden Globe solo around the world race, Mysailing is giving away five free double passes to the movie, valued at $44 each. The passes can be used at cinemas throughout the country.

Academy Award winner James Marsh (The Theory of Everything) directs the incredible true story of amateur sailor Donald Crowhurst (Academy Award winner Colin Firth, The King’s Speech, The Railway Man) and his attempt to win the first non-stop single-handed round-the-world yacht race in 1968. The story of Crowhurst’s dangerous solo voyage and the struggles he confronted on the epic journey while his wife, Clare (Academy Award winner Rachel Weisz, The Light between Oceans, Youth), and children waited for his return is one of the most enduring mysteries of recent times. The Mercy sails into cinemas March 8.

To enter, simply go to https://www.surveymonkey.com/r/96J3TFF and anser the simple question: What was the name of Crowhurst's boat? (If you don't know, watch the trailer for the movie here.)

We promise you we're not trawling for email addresses and only the winners will be contacted.