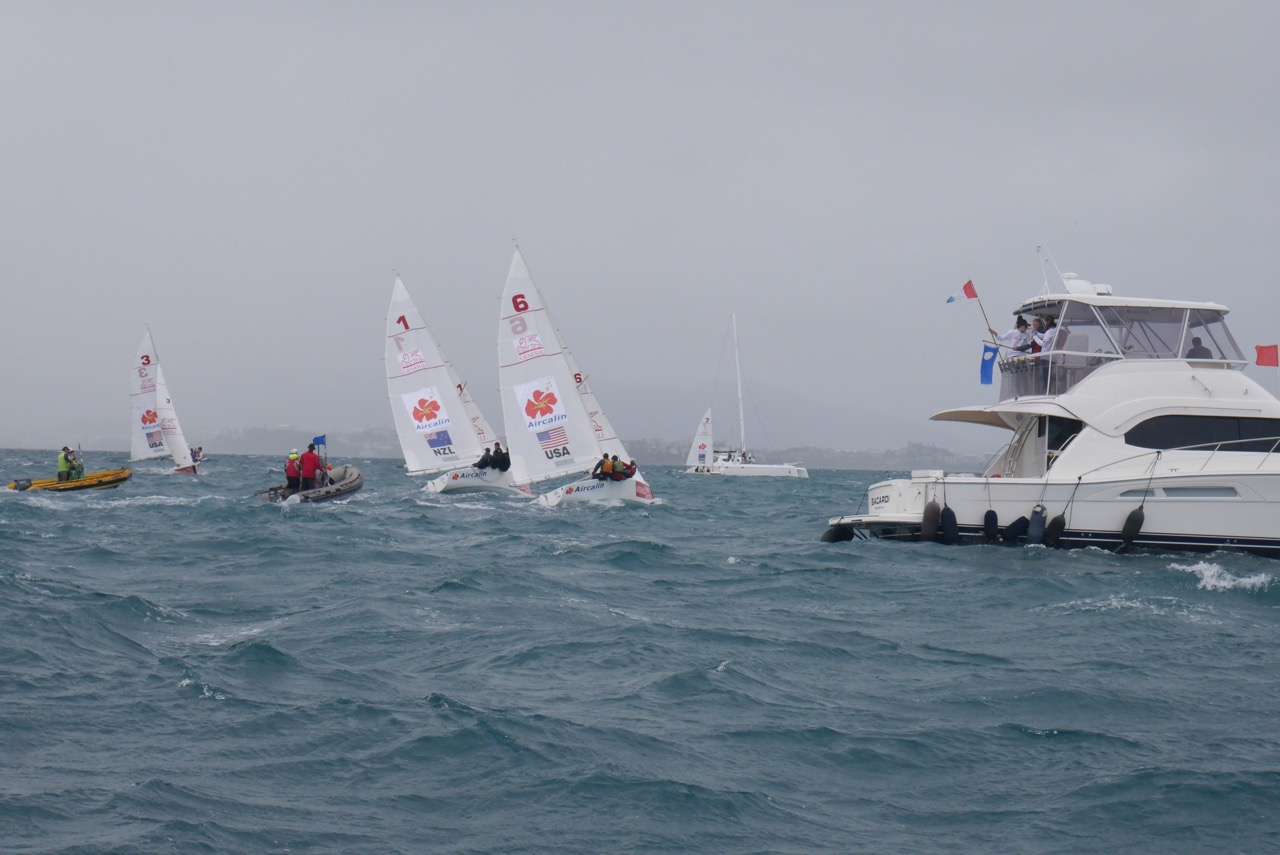 15/06/2016
The Youth Match Racing World Championship started this morning in New Caledonia. 27 matchs were sailed in windy conditions (20-25 knots gusting to 30 knots ). To everyone's surprise , the best performance of the day was shown by the local crew skippered by Cyril Fortin.
The Caledonians, Cyril Fortin, Kim Goetz, Jéremy Picot won five races out of five.
Seeded No. 6 of the Youth Match Racing World Championships, they beat the Australian crew of Harrison Price (seeded No. 2 and 30th worldwide,  CYCA members ) and the American crew of Christopher Killian ( seeded No. 3, 33th World , members of Balboa Yacht Club in California) .
In the next two days, all the crews will meet 2 twice (90 matches). At the end of the 90 matches , the top eight will qualify for the quarter finals.

The three favorites are :

– Harrisson Price and his Australian team, the skipper, member of the CYCA  is 30th in international Match Racing ranking

– The US team lead by Christopher Killian from Balbao Yacht Club is 33th in Word Sailing Match Racing ranking.