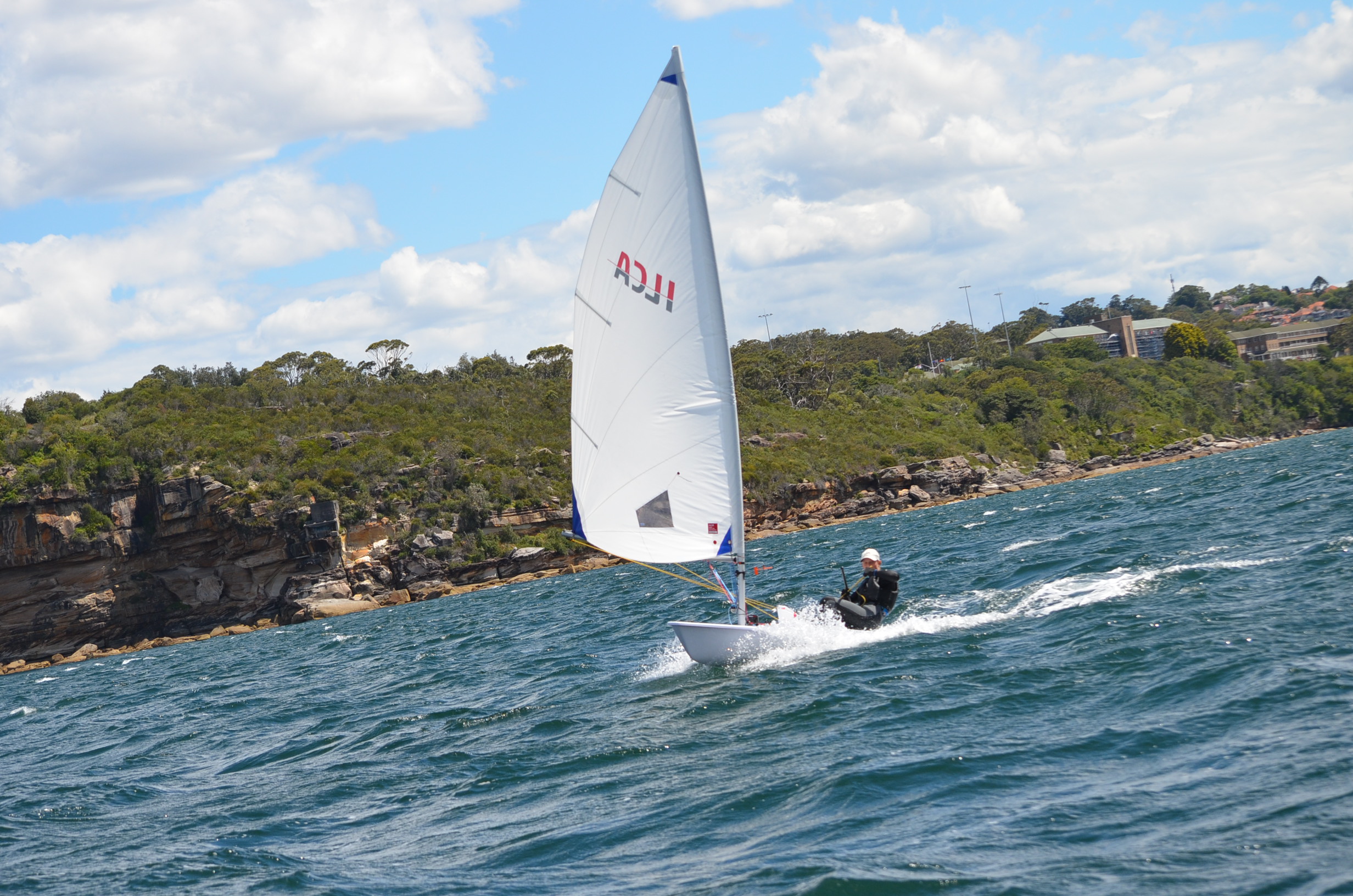 Evie Saunders making the most of the strong winds. Pic - MHASC

During Covid-19 restrictions, Laser sailors from sailing clubs at the northern end of Sydney Harbour came up with the idea for a Battle of the Sound regatta.

The club with the least number of points, based on the results from the top three sailors from each club, would take home the perpetual refurbished centreboard trophy, brought to life by NSC.

The weather gods produced a strong westerly breeze which increased over the course of the day, with gusts of 30 knots-plus during the afternoon.

Sixty-four competitors registered and 44 ‘brave souls’ (25 Radials and 19 Standard rigs) made it to the 1pm start in what could only be described as tough conditions, under the watchful eye of Olympic Race Officer Hughie Leicester.

Race one was taken out by the father/daughter combination Ian Saunders (Standard) and 15-year-old Evie Saunders (Radial) from MYC. Evie now heads off to Oman to sail in the world Laser/ILCA championships at the end of November and we wish her luck!

Philip Reid, Laser Radial sailor and MYC’s representative for the Battle of the Sound committee, came fifth in the first race and found the conditions challenging. “The shifts were huge. You’d have 15-degree wind shifts plus 15 knots and then suddenly you’d have 25 knots from a different direction,” said Reid.

Race two got under way and the wind strength continued to increase, seeing much of the fleet struggling to stay upright. But the more experienced sailors were able to have some of the best downhill rides ever experienced.

“Boats were just capsizing everywhere,” said Reid of race two. “At one point I was at the top of the course looking down and it was just like a battlefield.”

Race two was abandoned, with gusts reaching 38 knots at times. Sailors were able to swap war stories at the presentation held by MHASC, where first place went to MYC, followed by VYC, MHASC and NSC.

Reid is over the moon with MYC’s overall win: “It was completely unexpected. It’s really good and shows how much development we’ve been able to manage over the last few years to get to that position to be competitive against the other clubs.”

The organisers are already looking forward to the next Battle of the Sound regatta.

“The idea of the trophy is perpetual and there will be another Battle of the Sound next year and hopefully it’ll go for 100 years.”

For the full results, see: http://mhasc.org.au/wp-content/uploads/Battle-Results-14-Nov.pdf