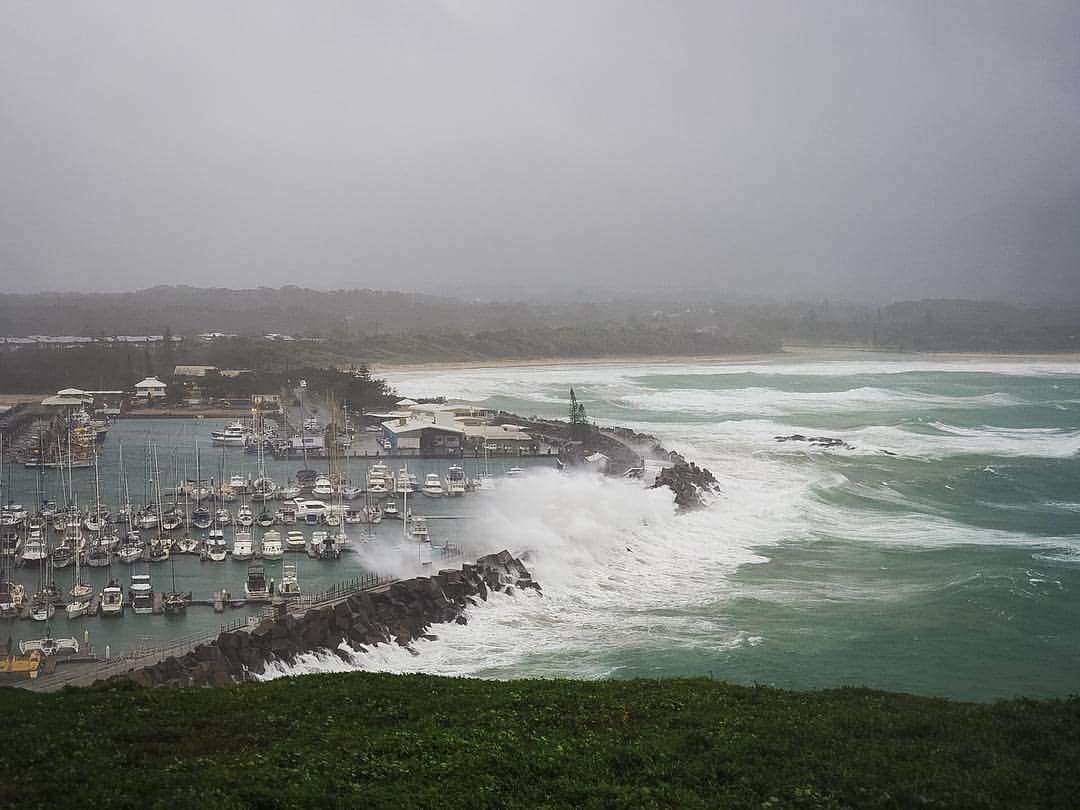 Marine Rescue NSW crews on the Mid North Coast have been working throughout the night and this morning to respond to emergencies caused by the wild weather lashing the NSW coastline.

In a 2.30am operation, Marine Rescue Coffs Harbour crews ferried boaters in the harbour to safety after a boardwalk collapsed and a finger wharf was torn adrift, stranding them on board their vessels with no way to reach shore.

Volunteers on board rescue vessel Coffs 30 worked with the NSW Police Marine Area Command and SES to rescue a dozen passengers on boats tied to the finger wharf.

In winds gusting to 50 knots, Coffs 30 took the passengers aboard and ferried them to shore.  The wharf has now been washed up on the beach in the outer harbour.

Further south at Port Macquarie, three Marine Rescue crews are out on the water assisting vessels in trouble.

Two yachts broke their moorings and have been washed on to rocks while another has been blown on to a sandbar.

Earlier this morning, a BBQ pontoon boat broke its moorings and became entangled in the cables of the Hibbard Street ferry across the Hastings River. Volunteers on Port Macquarie 20 helped clear the pontoon boat from the cables.

MRNSW Mid North Coast Regional Controller John Murray commended the volunteers for their fast and professional response to these emergencies.

In Sydney, a yacht has broken from its moorings and run aground off the point of Garden Island.

Deputy Commissioner Dean Storey again appealed to boaters along the coast to heed warnings not to venture out in the shocking conditions.

“Our crews remain on high alert for emergencies in this wild weather. We are ready to assist the community wherever we can and will continue to work with our colleagues in the emergency services as the effects of this weather continue to be felt along the coastline,” he said.