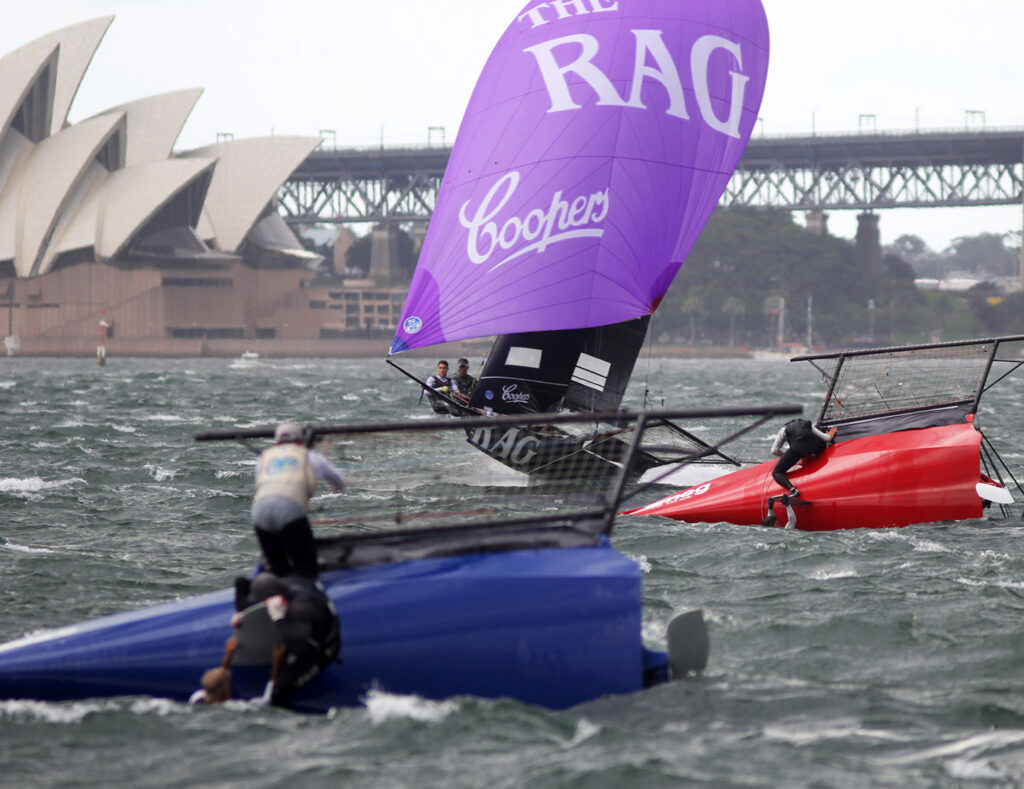 Lead is about to change as Rag & Famish Hotel goes past the capsized Yandoo and Smeg. Pic - 18ft skiffs 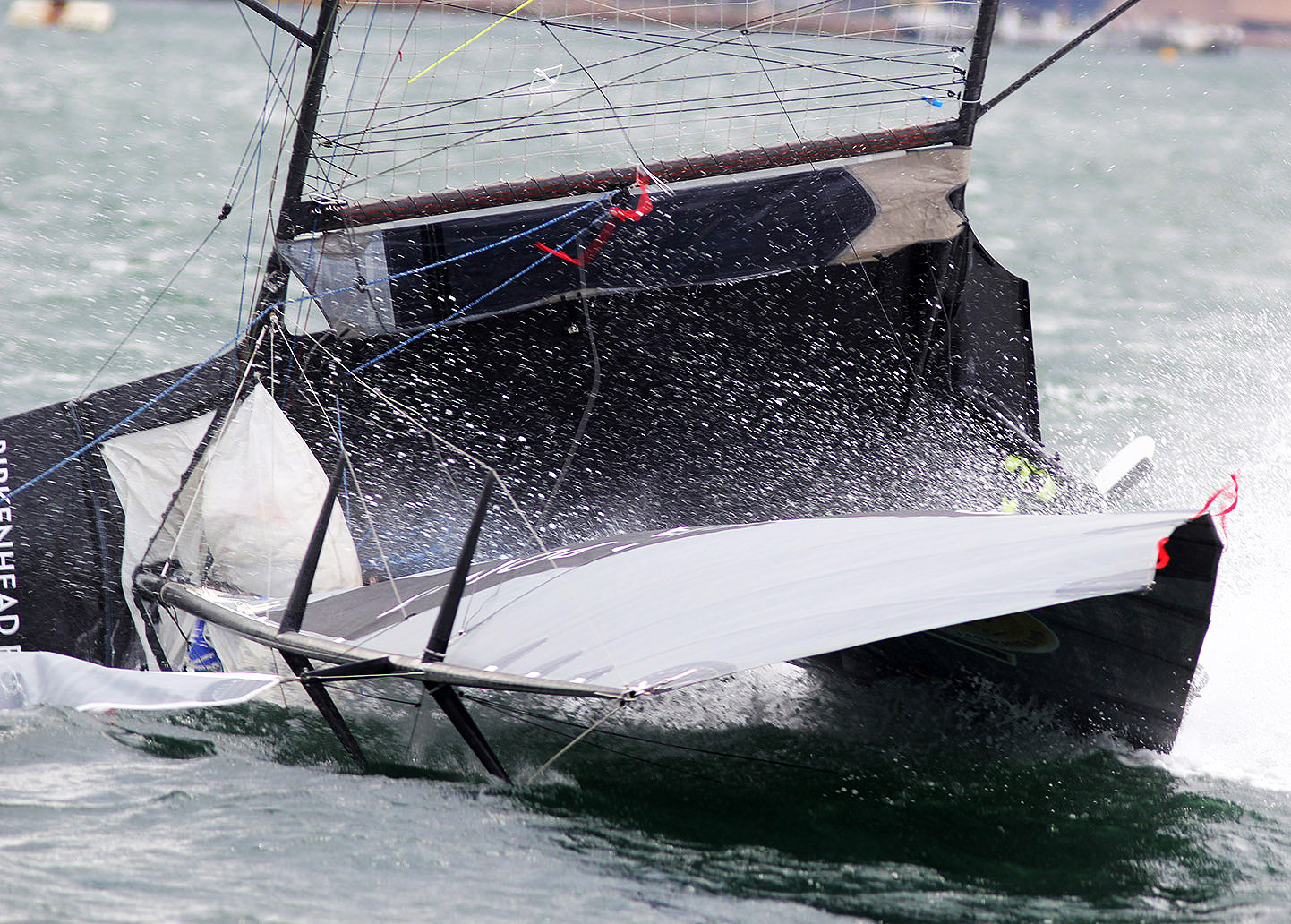 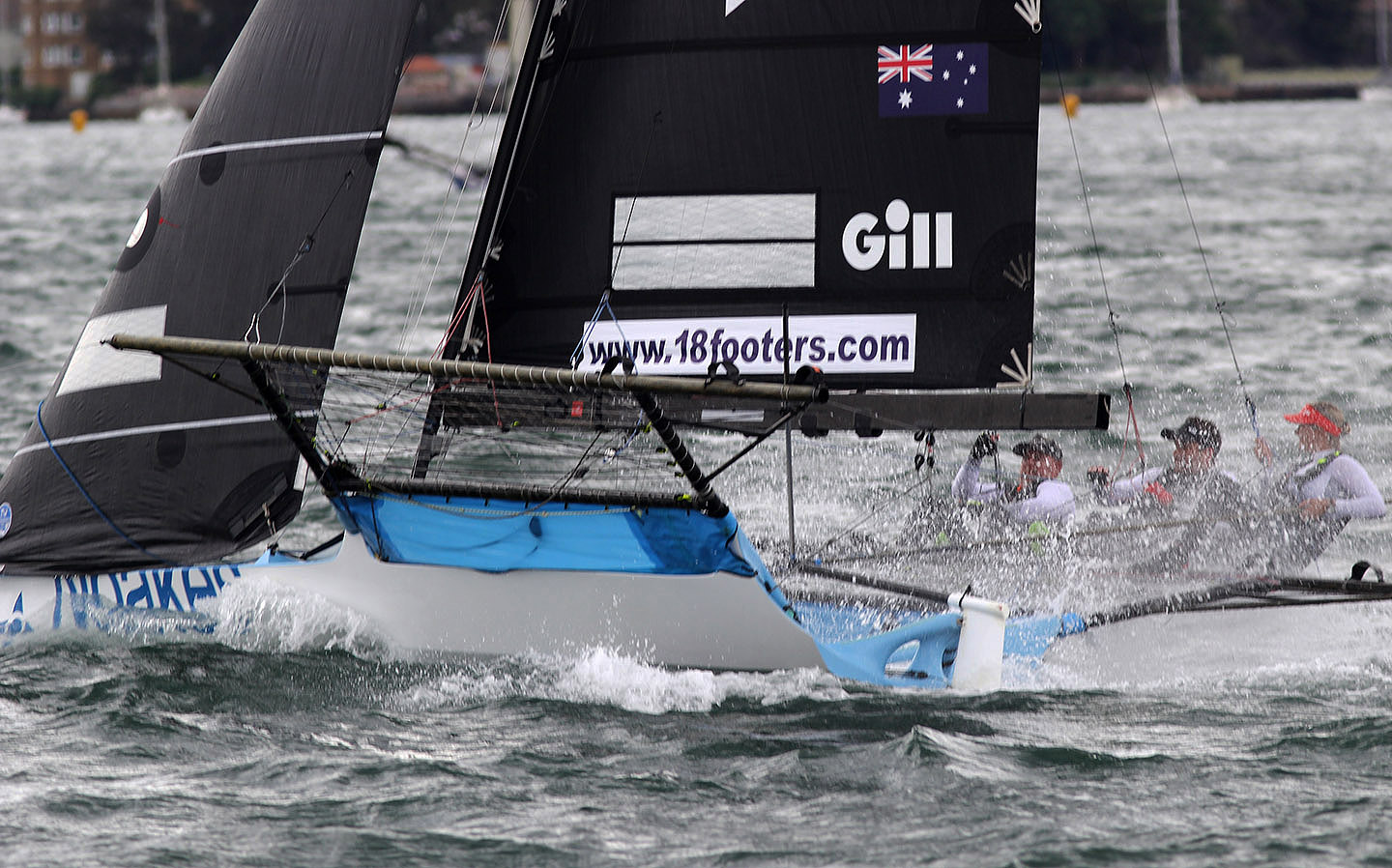 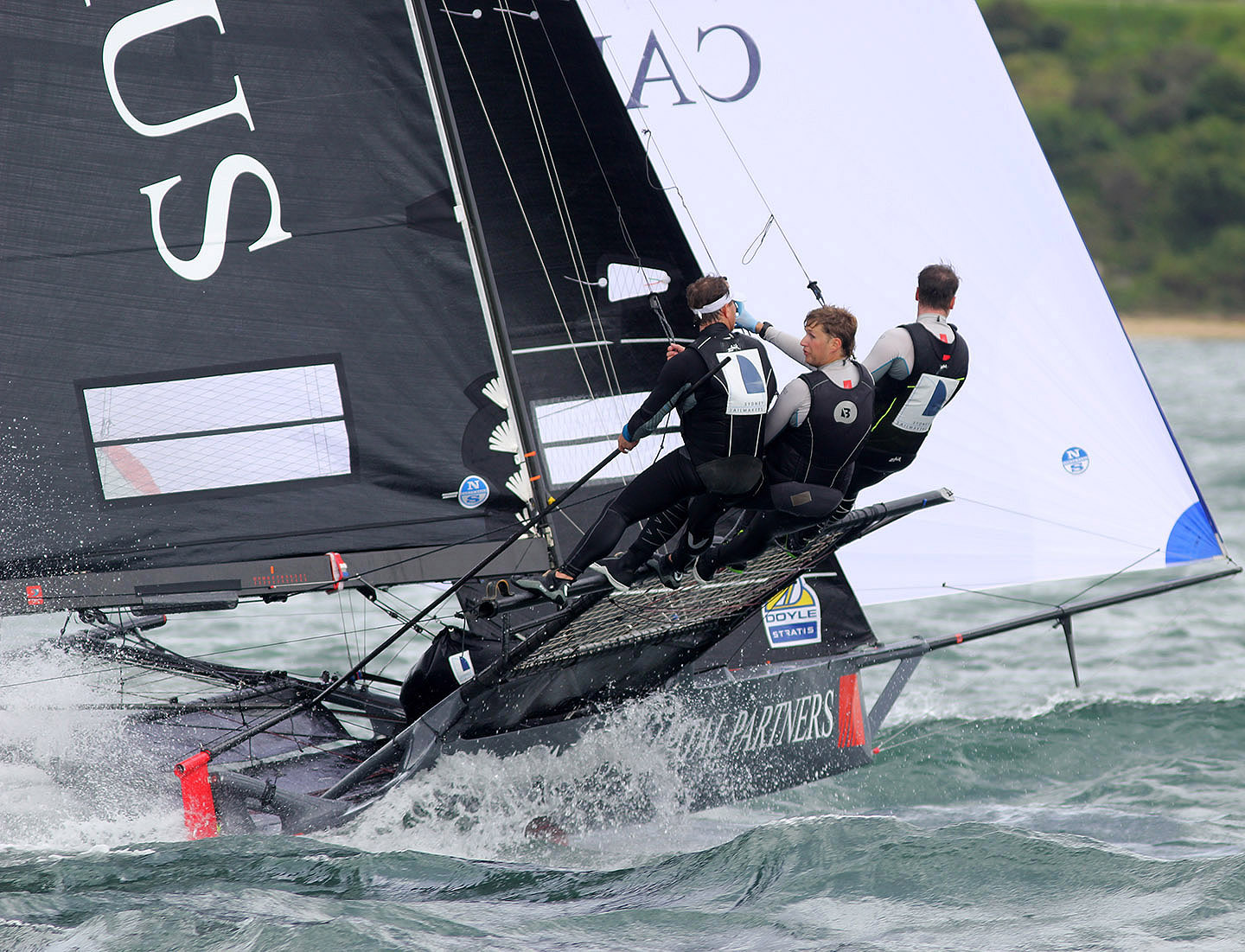 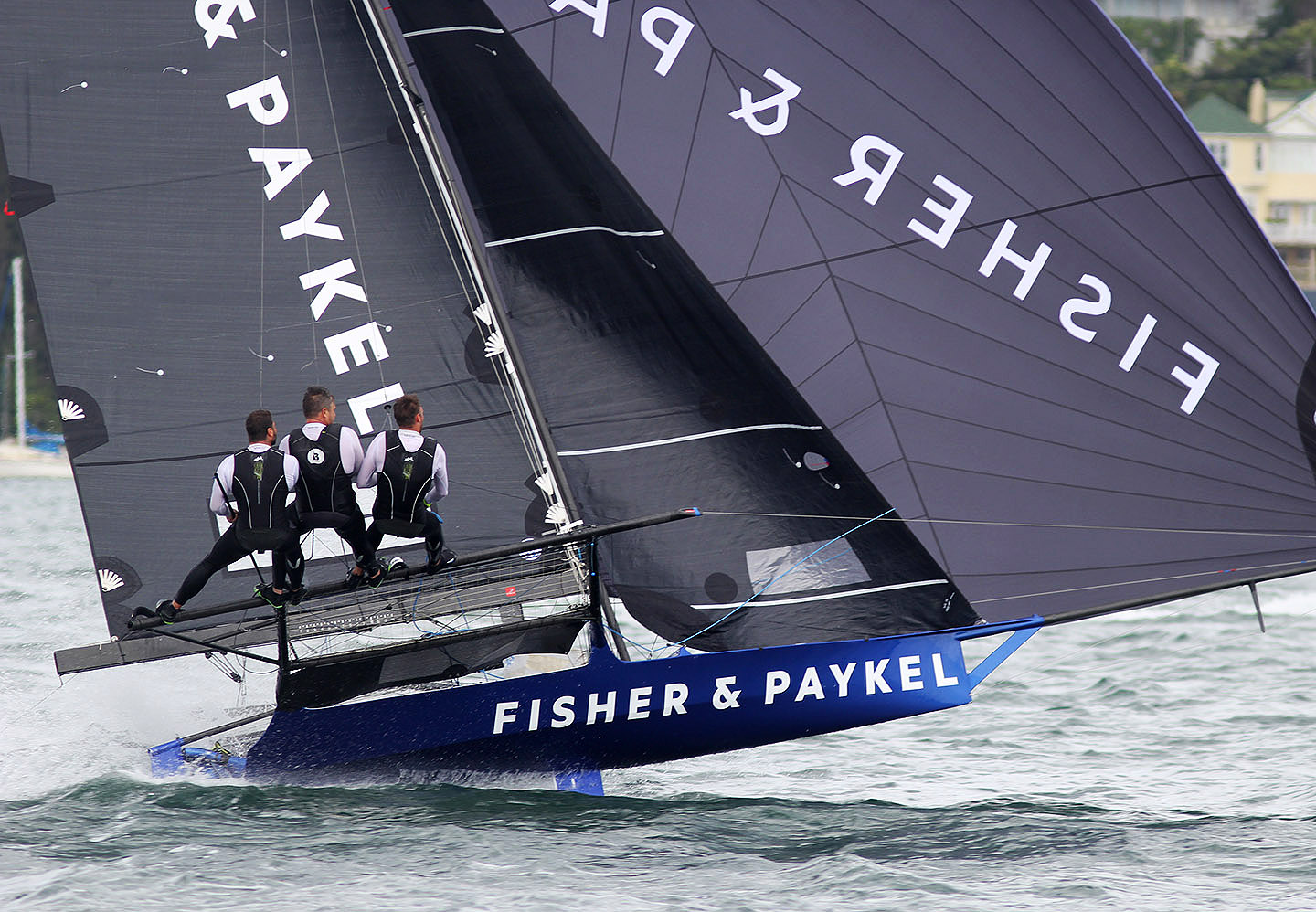 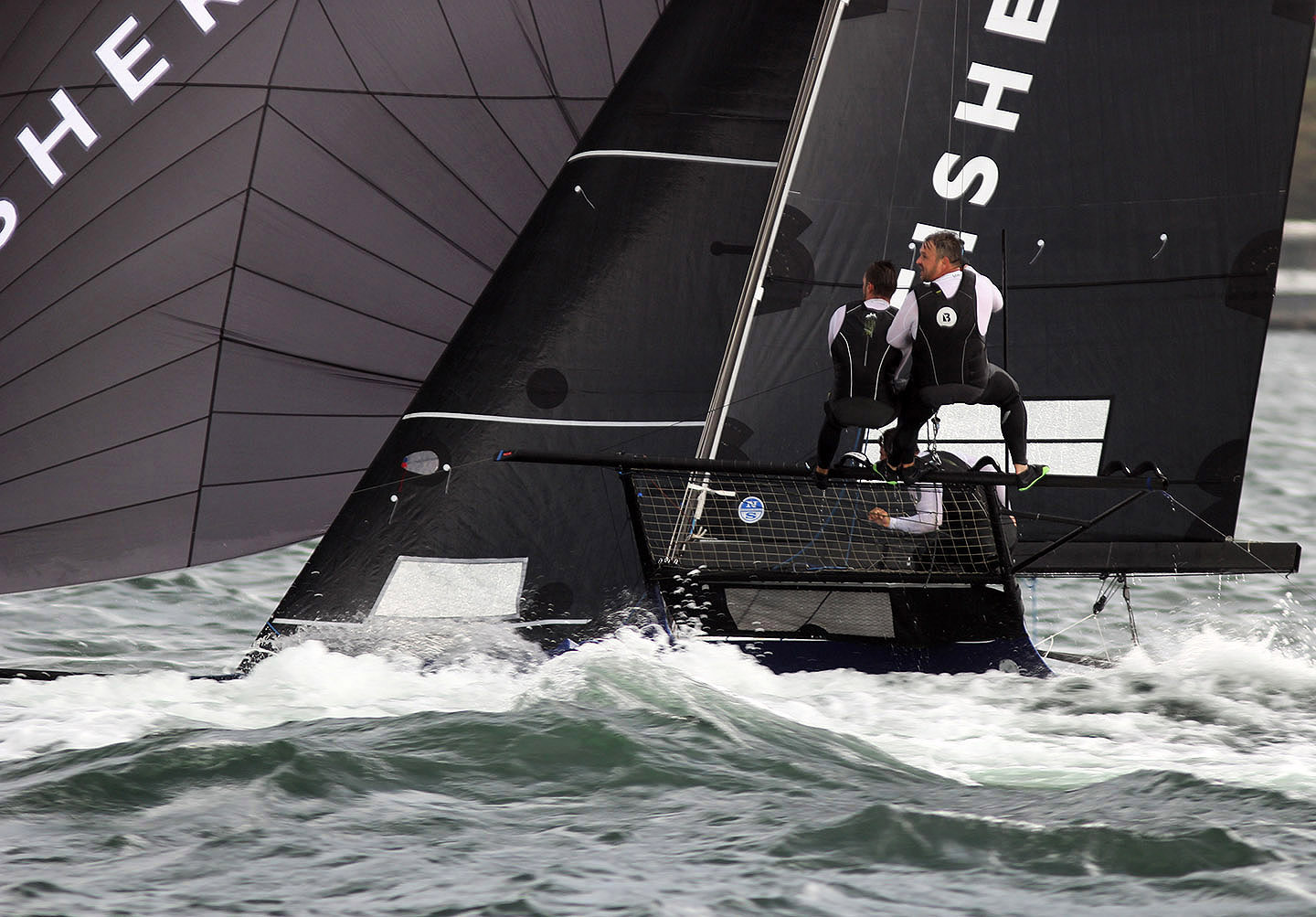 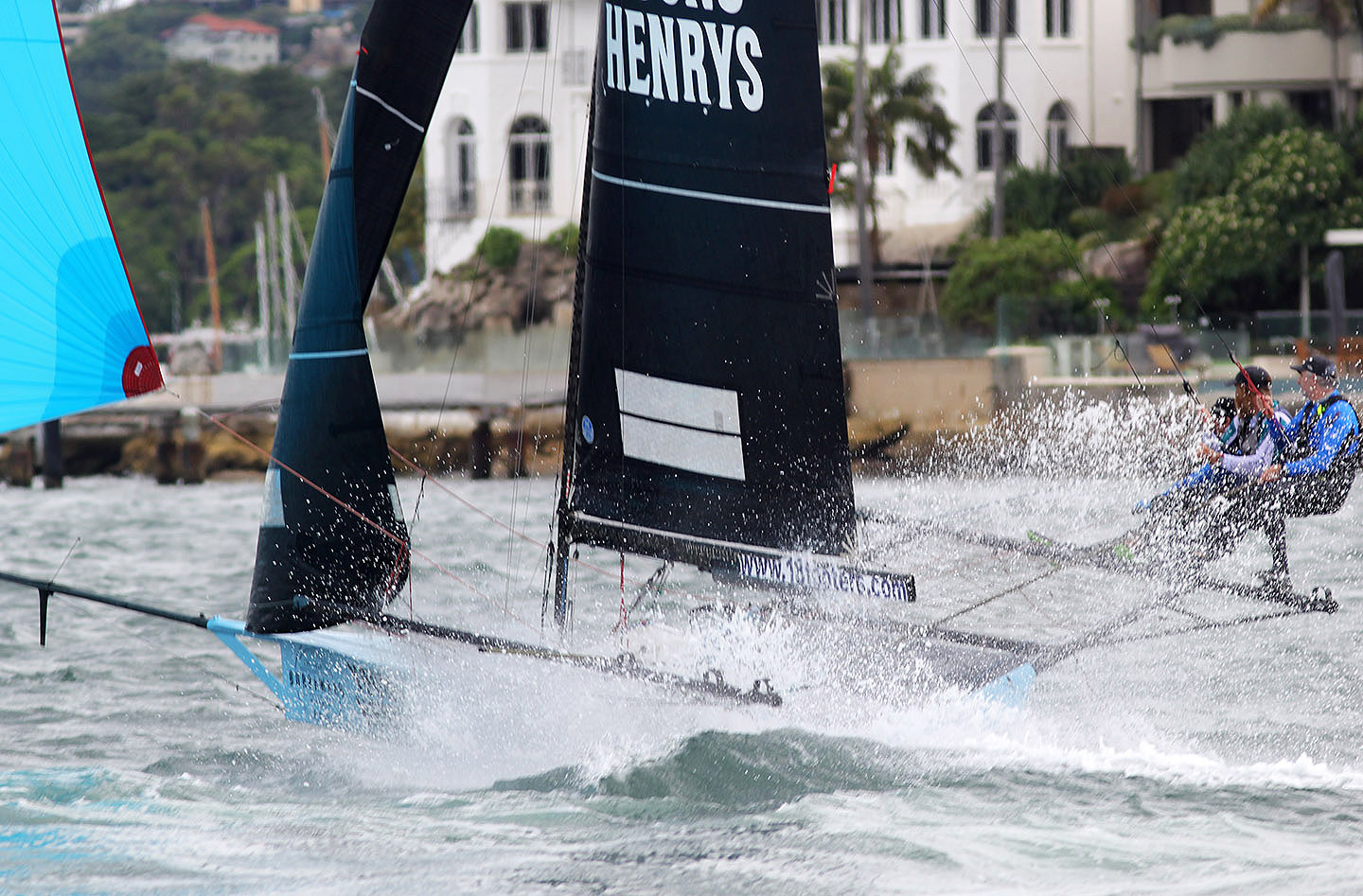 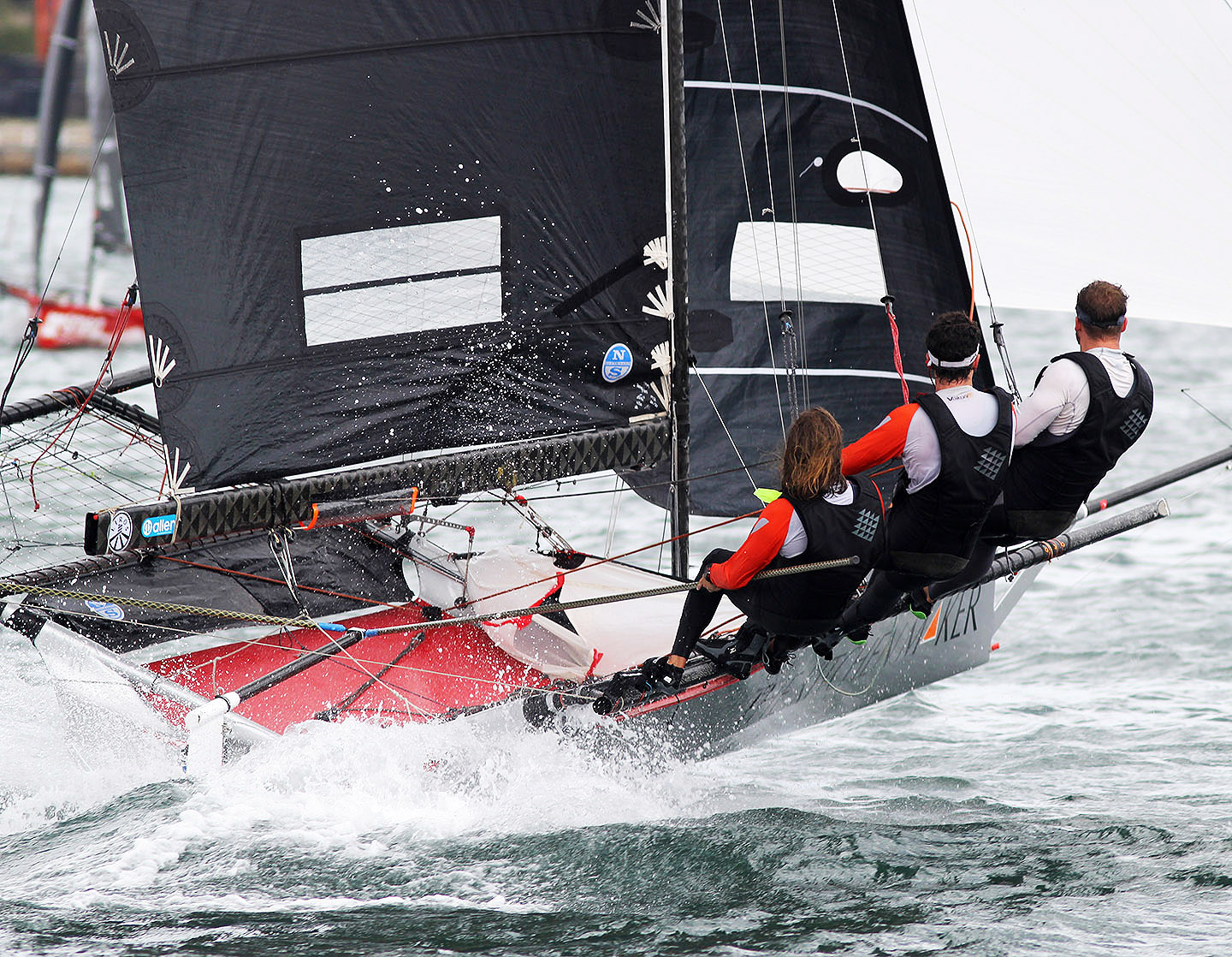 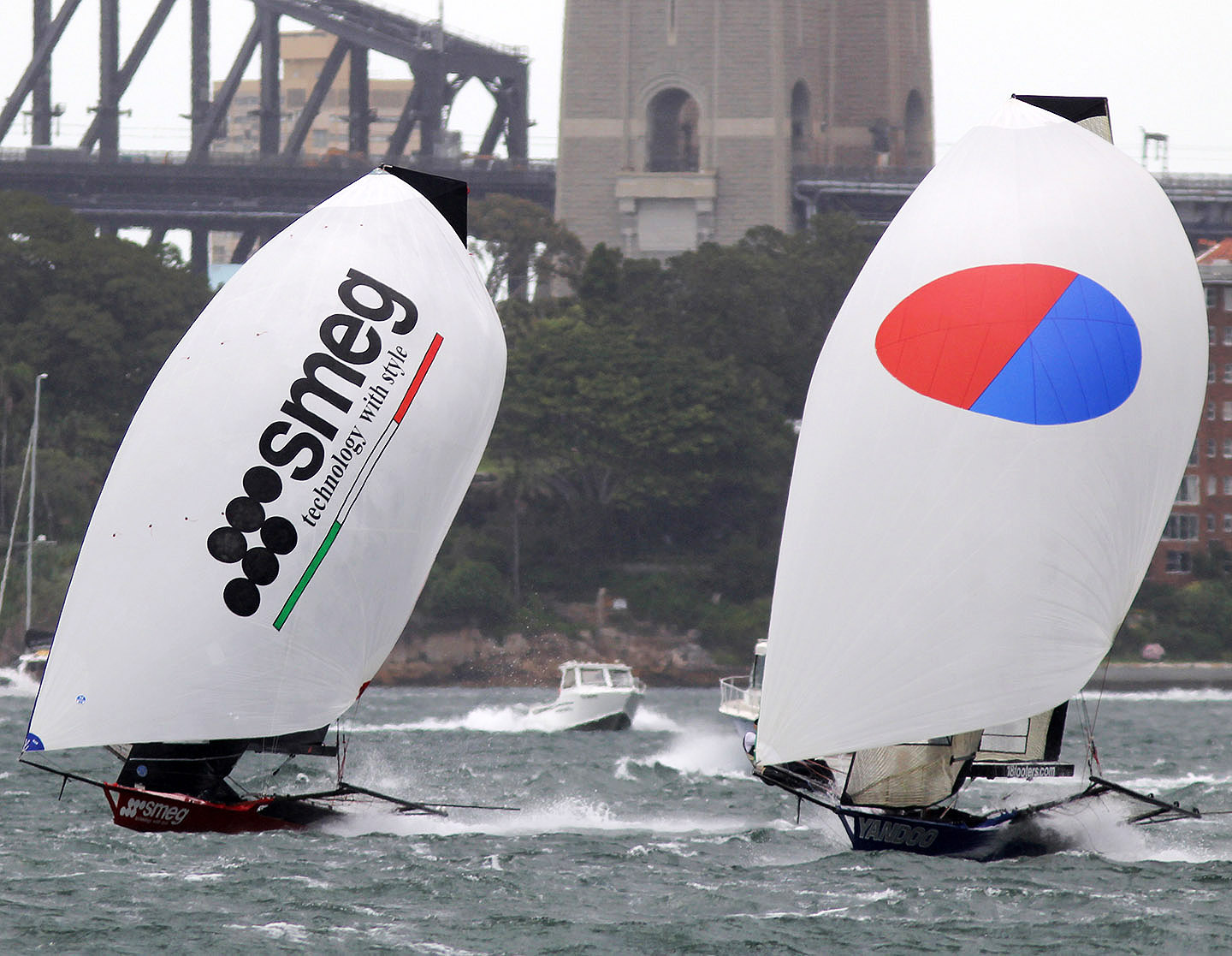 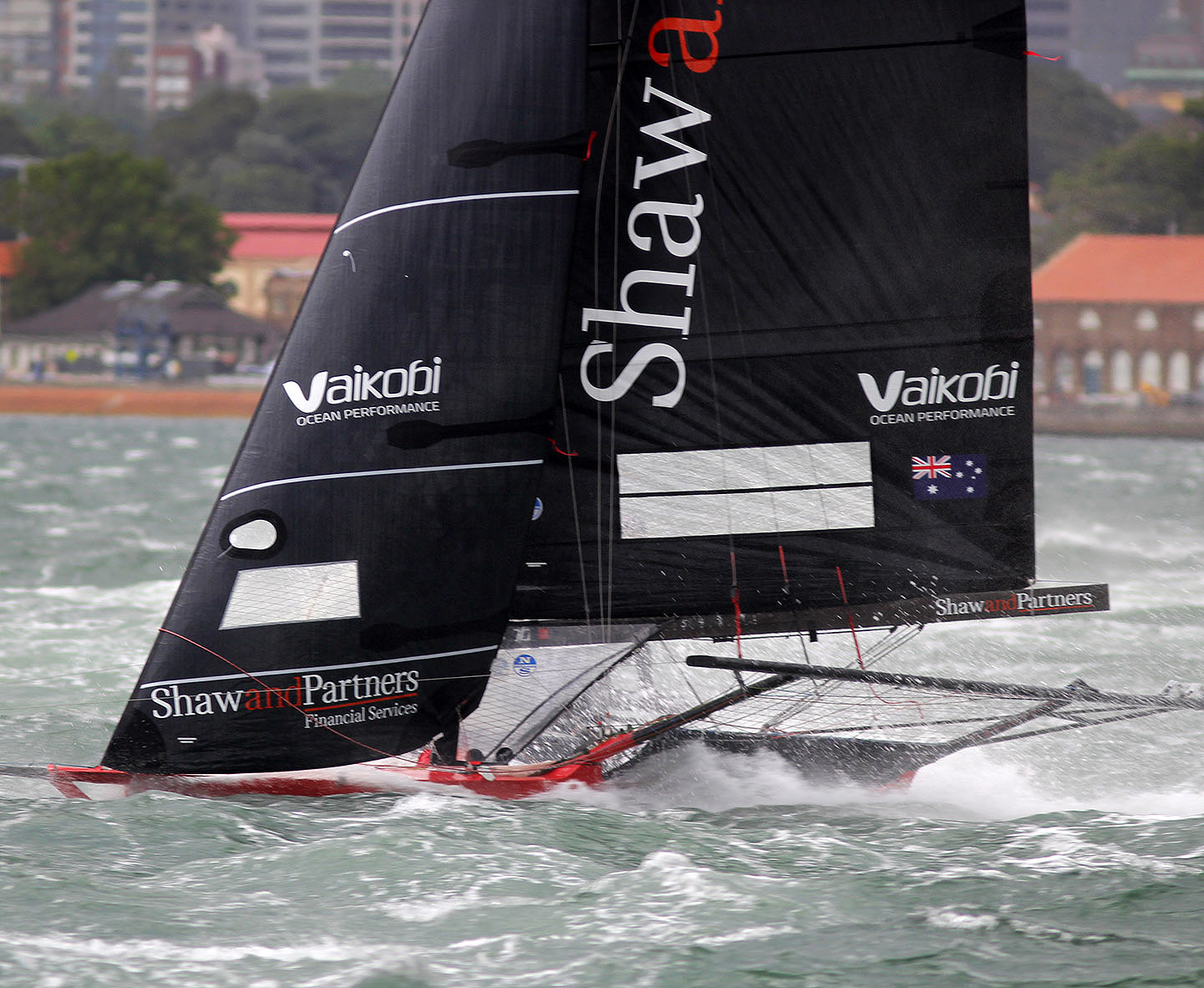 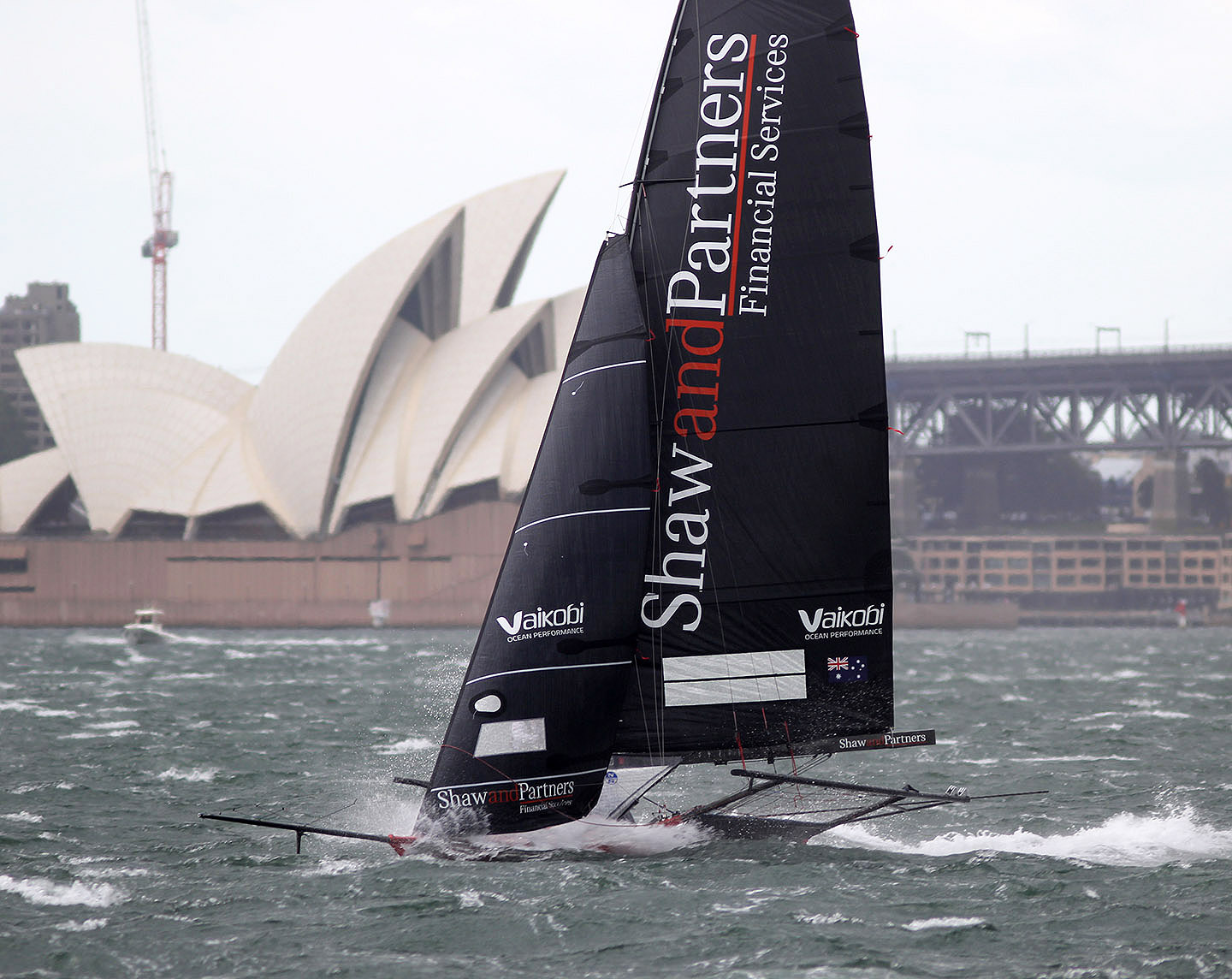 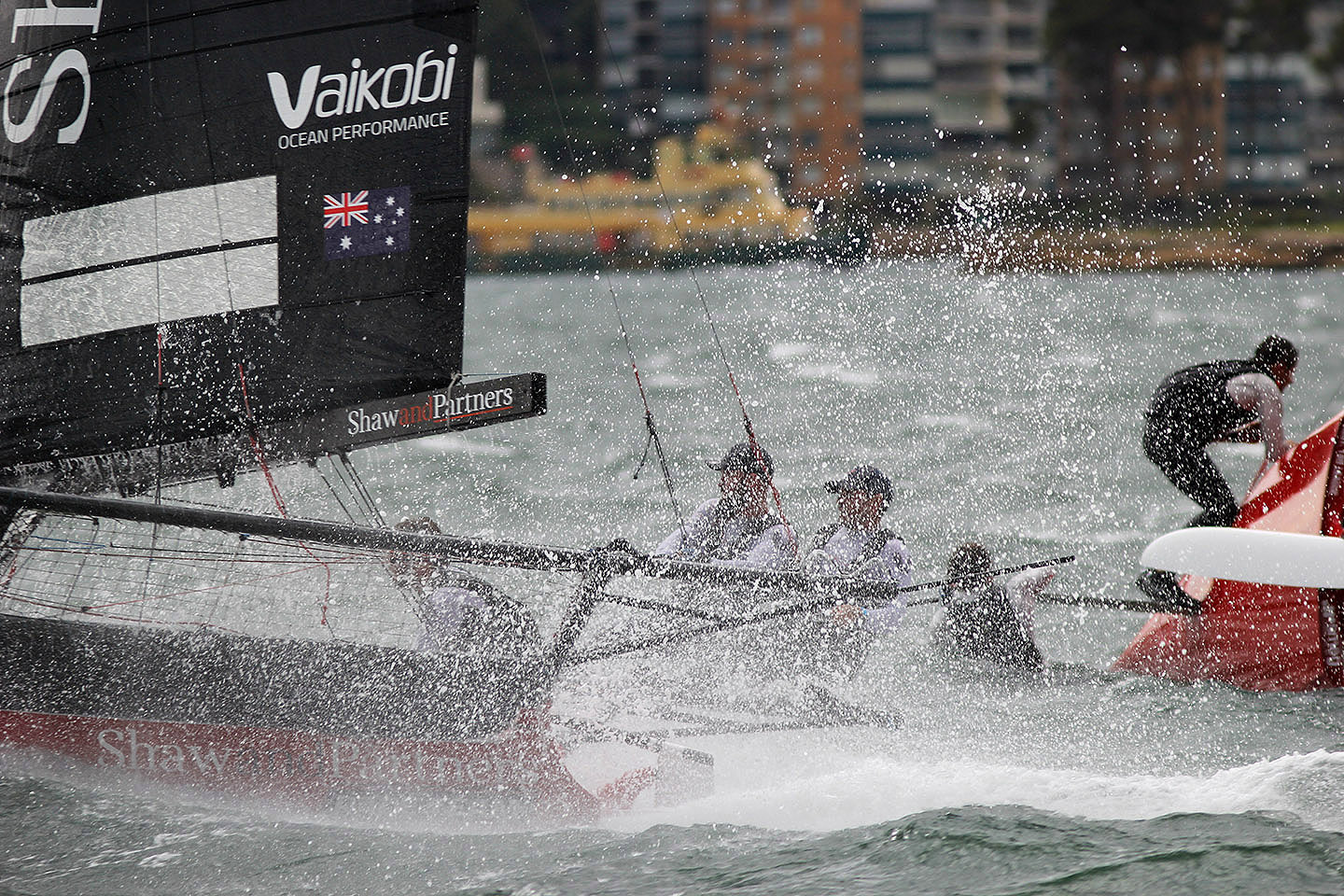 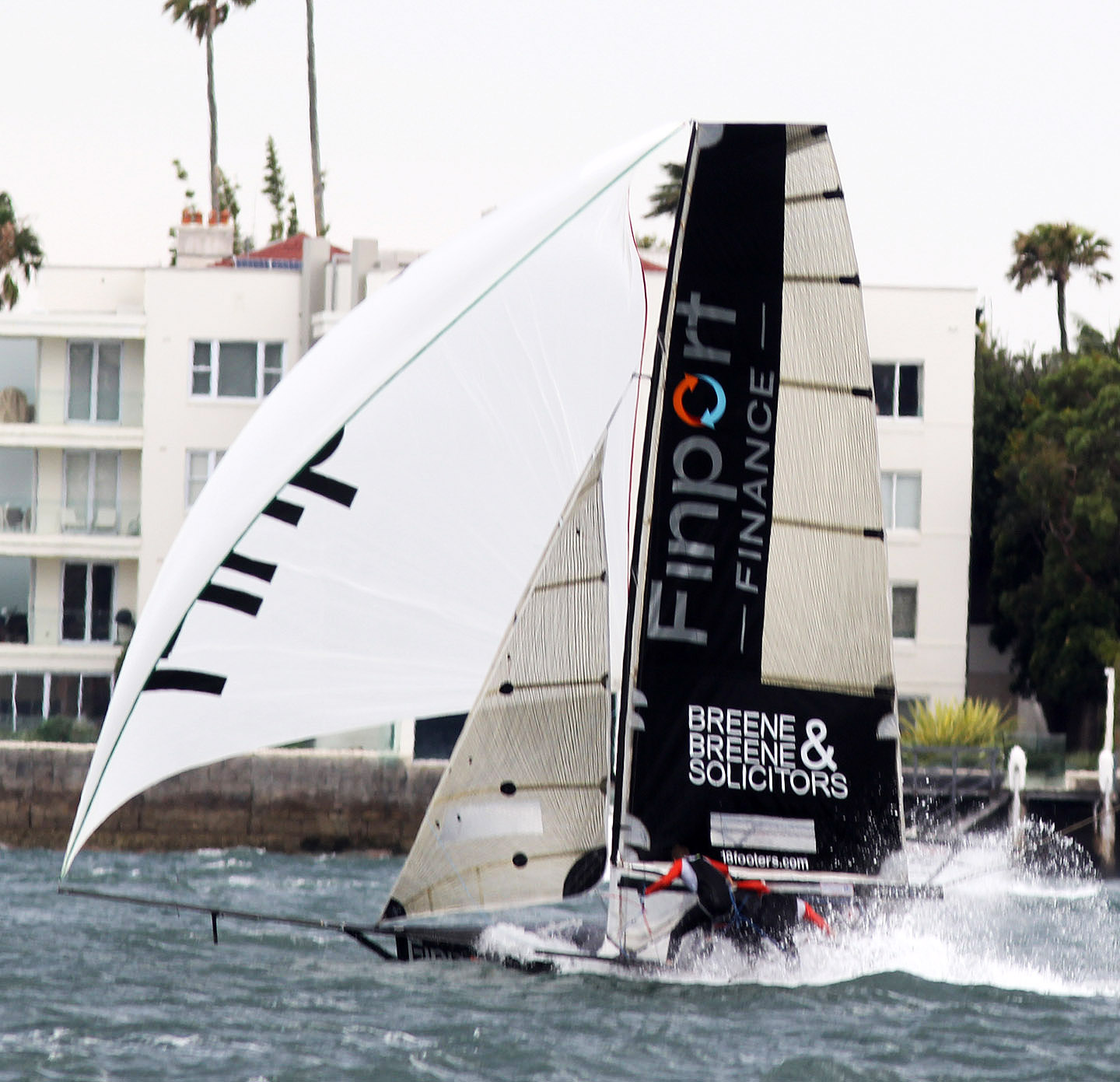 The young team was one of a few which survived (without a capsize) when a 25-30 knot squall hit the fleet as it was sailing downwind on the long leg from Kurraba Point on the northern side of the harbour to the Rose Bay bottom mark in the south.

The official result gave the race to Rag & Famish Hotel victory by one minute 43 seconds from the current JJ Giltinan world champion Michael Coxon and his Smeg team of Matt Stenta and Zac Barnabas.

At one point midway through the race on the nearly deserted harbour, when the massive squall hit the leaders as they raced from Kurraba Point to Rose Bay, it looked more like high-speed chaos than a state championship race of talented skiff sailors.

John Winning’s Yandoo had led the race at Kurraba Point but Michael Coxon’s Smeg was only metres behind Yandoo as the pair began a short, but highly exciting spinnaker dash at the peak of the gust, which unfortunately for both ended in a capsize only metres apart in the middle of the harbour.

Each crew could then do little but watch as the then third-placed Rag & Famish Hotel sped past them to ultimately go on and win the race.

With three races in the championship still to be sailed in the new year, and each team’s worst performances in the championship to be discarded, the progress point scores to date have Yandoo in the lead with a total of 8 points, followed by Tech2 on 9,  Noakesailing on 10, Fisher & Paykel (Jordan Girdis) 20, Shaw and Partners Financial Services 21 and Rag & Famish Hotel on 24 points.

Strong performances in today’s tough conditions has Finport Finance (Keagan York) next on 25 points followed by Burrawang-Young Henrys on 37.

Racing at the Australian 18 Footers League will go into recess over the Christmas-New Year holiday period and will return on January 16 with Race 6 of the NSW Championship.