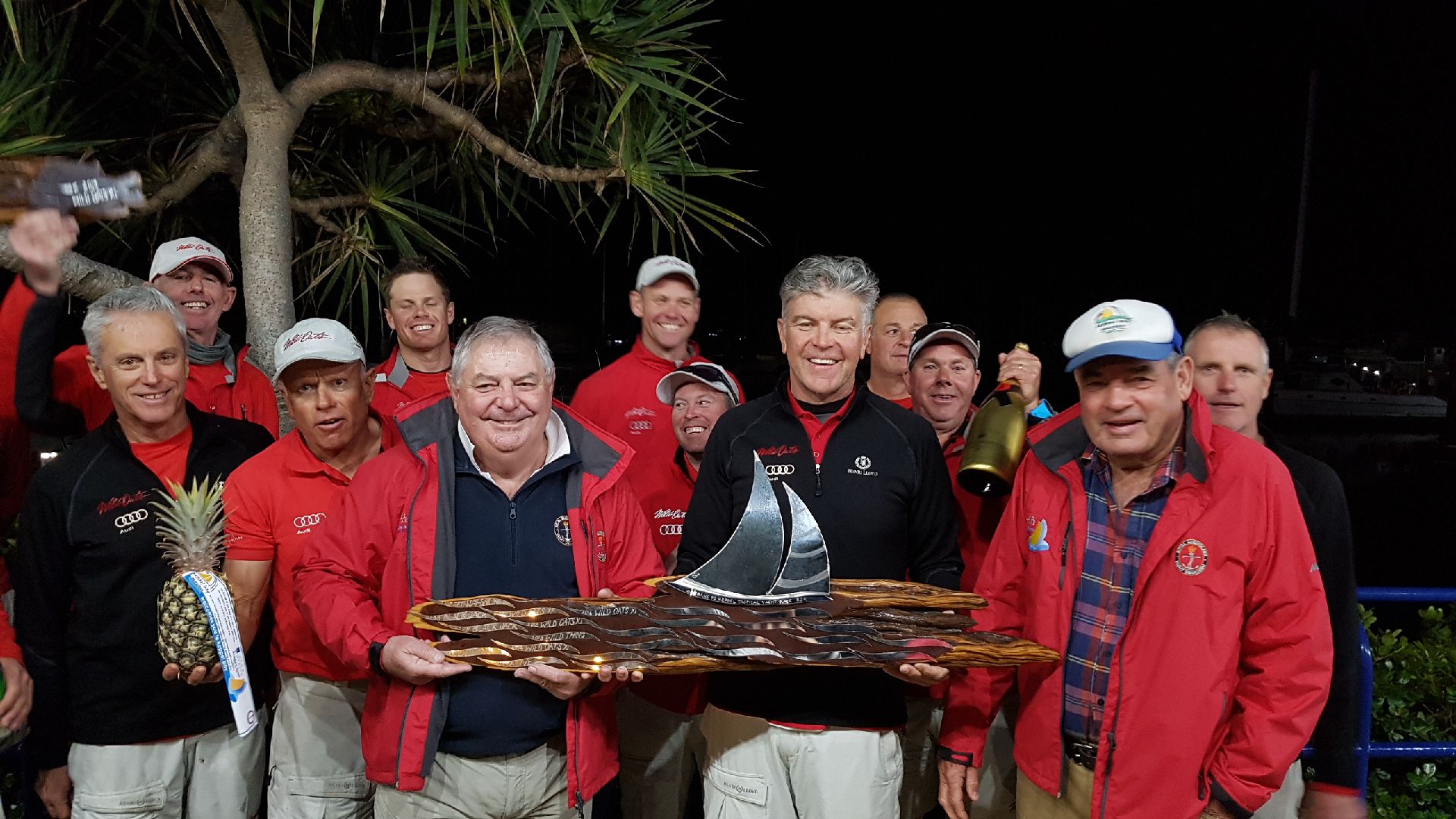 It’s getting very busy at Keppel Bay Marina as Alive is approaching the finish, and within sight behind are the TP52s Envy Scooters and Gweilo.

Speaking this morning (Sunday) via SatPhone, Envy Skipper and Vice Commodore of the Royal Queensland Yacht Squadron, Barry Cuneo, was excited about the prospect of a close finish.

“We've held the pressure all the way along and stayed our path. We can see Alive in the distance just starting to pressure up, and Gweilo underneath us. We think we will be able to stay out of any influences of the land,” Mr Cuneo said.

This race may yet prove to be crucial in the Overall stakes, with Envy currently leading on IRC.

The other 20 or so yachts are continuing their race up to the Keppel Bay Marina finish line for the Overall and Divisional placings.

“I think there was an element of gunning for Black Jack to win. We love Wild Oats XI but Black Jack’s first supermaxi race was the Brisbane to Keppel and Wild Oats XI have won the last two B2K, so there’s always that nostalgia factor.

“The conditions were just so light yesterday, that when one of the supermaxi’s or the yachts hit faster winds it changed the placing quickly. So even though it was a slower journey, it was still exciting to follow,” Ms Smith said.