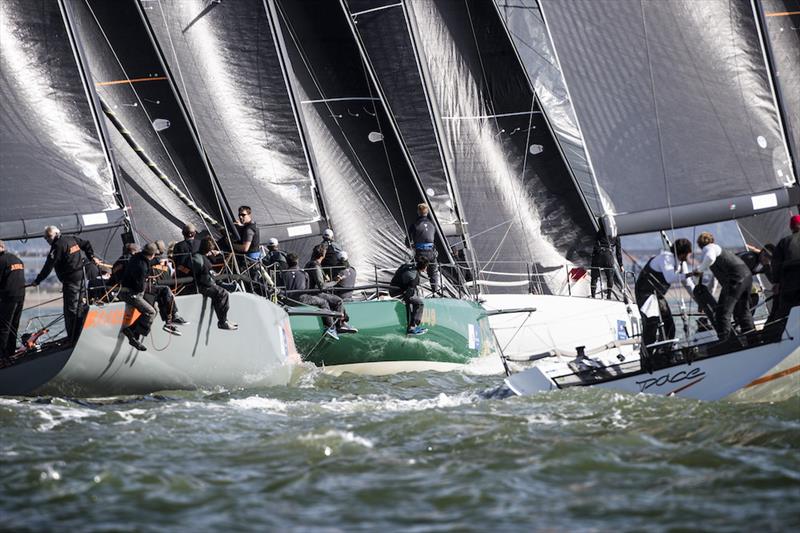 Grand Prix Yacht Racing in the Solent UK at the Wight Shipyard One Ton Cup, with carbon fibre race boats driven by famous owner/drivers and top class crew from the world of sailing, is to be held from 13-16 September, 2018.

Holder of the One Ton Cup, Peter Morton's Girls on Film, and 2018 season leader, Niklas Zennstrom's Rán will be the boats to beat in the 10-race series.

The 2018 One Ton Cup is presented by the Wight Shipyard, and organised by the Royal Ocean Racing Club.

Created by the Cercle de la Voile de Paris (CVP – Paris Yacht Club) in 1899, the One Ton Cup is steeped in history and reputation in the world of yacht racing.

Winners of the Cup include many legends in the sport of sailing; Syd Fischer, Harold Cudmore, Henrik Soderlund, King Harald V of Norway, Paul Cayard, Francesco de Angelis, and Russell Coutts. This year, Peter Morton's Girls on Film will be going for a third win in a row.