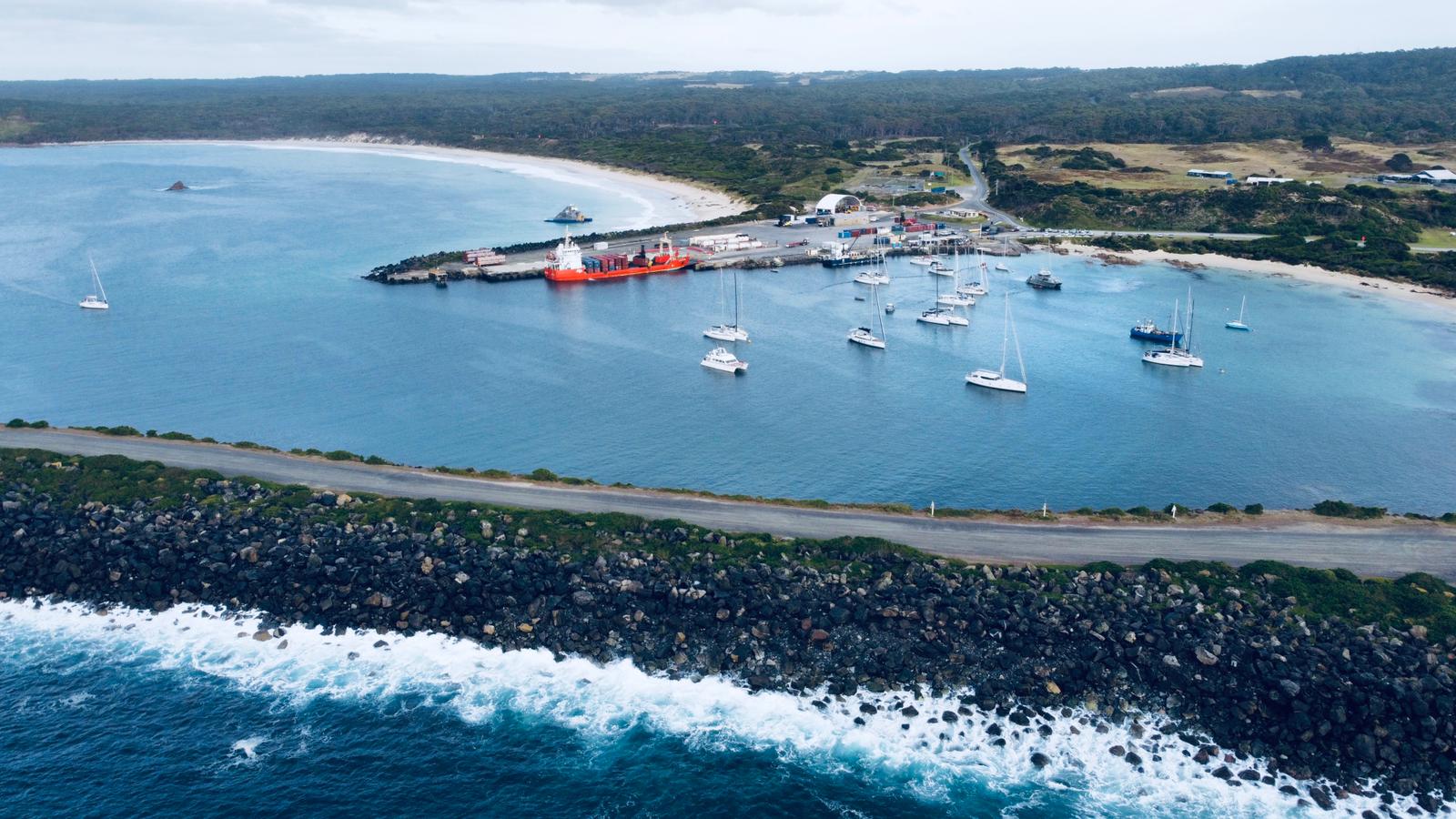 Daniel Edwards’ White Noise has blitzed the field in the Ocean Racing Club of Victoria’s 49th Melbourne to King Island Yacht Race, taking out AMS, IRC, PHS and ORCi categories, while Paul Buchholz’s Extasea took line honours after settling into the race when the southerly eased in Bass Strait, giving all a nice ride to the finish.

Buchholz’s Cookson 50 made the finish line first, while four yachts shared the spoils across the IRC, AMS and PHS categories. And what spoils they were – large King Island crayfish, King Island cheese and champagne – what a way to celebrate the end of the race!

Daniel Edwards: “It was a challenging race. I felt sorry for the boats that got smashed in the earlier part and then parked at King Island. It was very tricky towards the end. For the guys who came in late it was hard,” he said of the King Island destination that lies in Bass Strait between Melbourne and Tasmania.

The best part of the race? “The journey home – and enjoying the crayfish for breakfast this morning when we got back to Sandringham,” Edwards said laughing.

“The start was horrible; and it was a demanding race. From lunchtime onwards, as the sea-state improved dramatically in the lee of King Island, most of us wanted to stay west of the rhumbline because of the sea-state.

Sailing down the east coast of Tassie the conditions improved and were a lot more enjoyable Edwards said. “On the nose the whole way – tough, but good fun.

“Disappointing for Maverick that she couldn’t finish. They had an awesome race last year and not to be able to back up two years in a row.

“I’m pleased we did it. We enjoyed the weekend and good time on King Island. It was a nice way to come back after COVID,” he ended.

John Chipp and his Hot Chipps were among the newcomers to the race courtesy of ORCV lead-in programs for newcomers to offshore racing This a fun-loving owner and crew finished 11th in PHS aboard Chipp’s Beneteau Oceanis 41.1.

“A fantastic race,” Chipp stated. “We hadn’t done a Category 2 race before. Starting in the dark we were apprehensive getting gear up. It was blowing 15-20 knots and beating the whole way. it was interesting.

“We got outside the Heads with the others and enjoyed the camaraderie. There was a big High centred around King Island and that’s where the race was won or lost. We had our moments”, he admitted, “Good and bad. We enjoyed the tactical light airs, although five of our seven crew were sick at some stage, so that was challenging.”

On board Hot Chipps, Chipp explained, “You’ve got your comedians, hard workers, navigators. A great team and team effort.”

Any hot chips on board for this race? “No, we went with cordon bleu this time!  The crayfish at King Island were very much on our minds… Sadly, we weren’t among the winners.”

Chipp continued, “This was a real breakout for us and others because of the times we’re living in. We spent a month preparing and were so happy to get the green light to go. We’re loving the ORCV races  and are now looking forward to the Apollo Bay Race in May.”

The King Island Race started in a 14 knot southerly at 1.45am in the morning – yes, you read correctly – 1.45am, so boats could clear the Heads.

Those in the Rally fleet took a decision to delay their start by six hours, the rationale being the lightening southerly.

The Rally division, put into place by the ORCV this year to attract Category 3 bay racing boats, has been well-supported and is gaining momentum . Other divisions in this and all ORCV races included Double-Handed and Four + Authohelm, allowing for all types of boats and crews to participate.

The Melbourne to King Island Race started in 1973, a few months after the ORCV’s Westcoaster. Both will celebrate their half century editions in 2022.