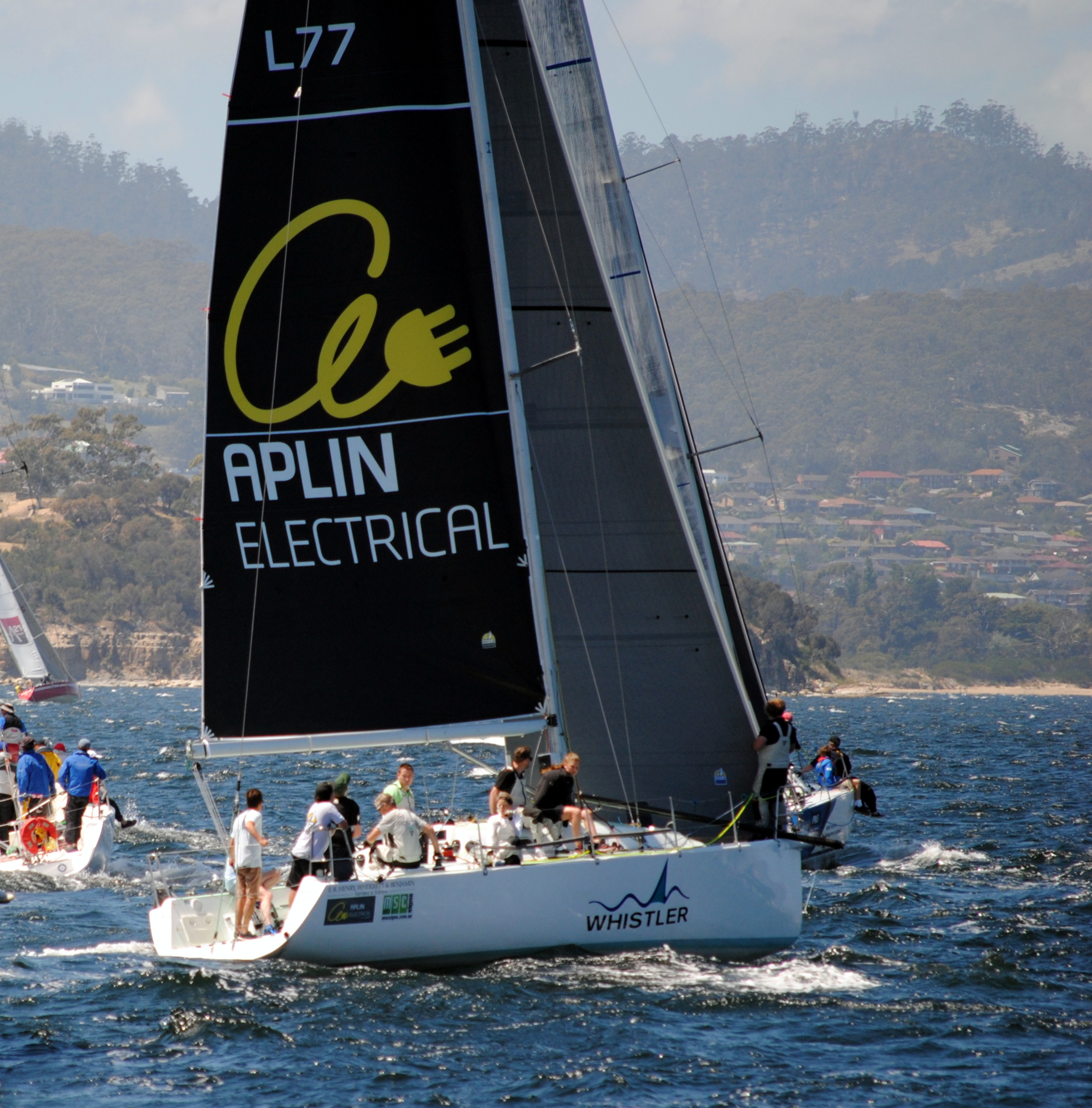 David Aplin’s yacht Whistler has added the 70th Tasports Maria Island Yacht Race to an outstanding offshore racing career over the past decade and more. The Royal Yacht Club of Tasmania today confirmed the MBD36 as winner of both the AMS and IRC categories of the 180 nautical mile race around Tasmania’s rugged East Coast which started on Friday evening.

Aplin, who bought Whistler last year following the death of her then elderly owner, now has his sights on this year’s Launceston to Hobart and in then another tilt at Sydney Hobart for Whistler.

Whistler crossed the finish line off Hobart’s Castray Esplanade at 01:21:35:26 after a race duel with Sean Langman’s Sydney 36cr, Philosopher which finished at 01:21:50:42. The two similar sized yachts were within sight of each other almost throughout the 26 hours race.

Both 36-footers enjoyed champagne sailing on Saturdy, running under spinnaker down the East Coast from the Mercury Passage before a building 20 knot nor’easter. This enabled them to peg back Oskana’s then apparent grip on line and handicap honours.

Oskana and Michael Crew’s Magic Miles, a 62-foot cruising yacht which was last to finish the Maria Island Race, are Tasmania’s two entrants in the Rolex Sydney Hobart.

Whistler has also won the L2H, taking out the premier AMS category in 2009 when skippered by David Rees.

Two yachts retired from the Maria Island fleet, the smallest boat Pukana pulling out late on the first night near Tasman Isand, with the all-women crew of Morning Star calling it a day just after rounding the northern tip of Maria late on Saturday afternoon.