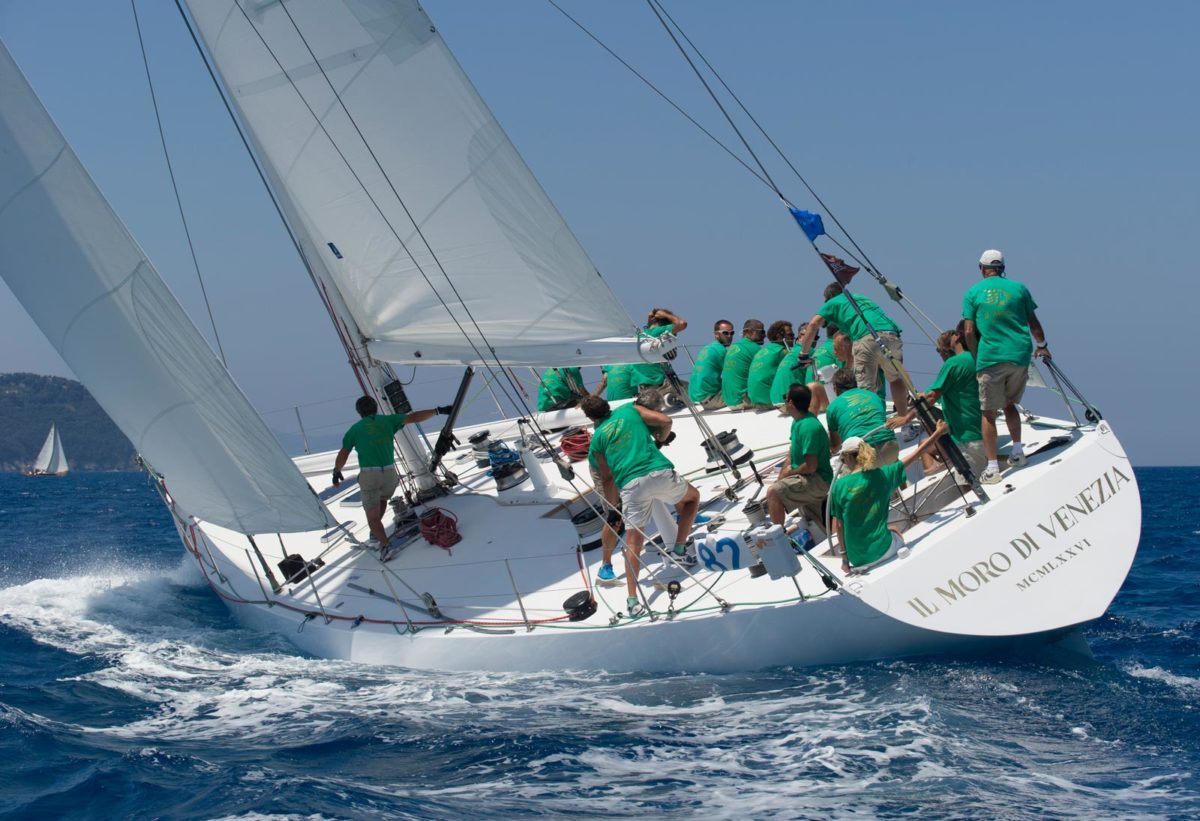 Amongst entries for the Global Solo Challenge (GSC), one firm of Naval architects stands out; designed by Argentinian firm Germán Frers (pronounced with a soft Spanish G, so it sounds like Herman).

The firm was founded by Germán Frers Snr in Buenos Aires back in 1925. Frers Snr was responsible for designing over 600 yachts. Frers Jnr took over the helm in 1970 and together with his son Mani, they have been responsible for producing some 1300 yachts since that time.

The second generation, Germán Frers is an active 80-year-old who still loves his work, has no interest in retirement, and still enjoys sail-cruising with family and friends, though he admits that he feels that he is somewhat too old for vigorous racing.

The third generation of this family, Frer’s son, Mani, after studying Naval Architecture at the Southampton Institute, created his own design studio based in Milan and has been involved in both America’s Cup designs and indeed designed the Volvo 60 Amer Sports One which earned a podium place in the 2000/1 Round the World Race.

The boats this family has designed have won many major races in the world to date, starting with a win in the Bermuda Cup in 1958. The list of wins is impressive having won the Whitbread Round the World Race, Transpacific, Maxi World Yacht Race, and the Admiral’s Cup.

These yachts are renowned for their clean lines, their beauty, their comfort, and for being race-winners.

Frers would never admit to his favourite design and regards it as the same philosophy as not having a favourite child. But will admit that his favourite period for yacht design dates back to the ’IOR’ handicap period between 1972 to 1994.

Frers designs are used exclusively by the Finnish luxury yacht firm Nautor’s Swan International S.A., by Swedish firm Hallberg-Rassy Varvsaktiebolag, and of course, intermittently by other boatbuilders around the globe, including household names like Beneteau, Hylas, and Dufour.

Apart from designing a complete range of cruising and racing yachts, Frers has also designed a number of ‘Superyachts’, including Jim Clarke’s Hyperion, a 156’ sloop that utilised the Silicon Valley billionaire’s expertise in the computers on board this innovative yacht.

There are already four Frer-designed boats entered in the GSC at the time of writing.

One of these is sailed by Jamie Young, who has owned his British-built Frers 48 for over 20 years, has completed approximately 200,000 miles, and is confident that his choice of this design of yacht is the correct one for the GSC.

Similarly, Lawrence Warner, who has 250,000 miles under his belt has chosen an Argentinian-built Frers 48 dating back to 1979.

Fréderic Switala will sail an Aluminium Frers 48 by the name of ‘Man of War’ with a great racing pedigree. Will Croxford has recently purchased a Frers 45 ‘Echo Zulu’.

The question is then, how will they fare in the Global Solo Challenge?