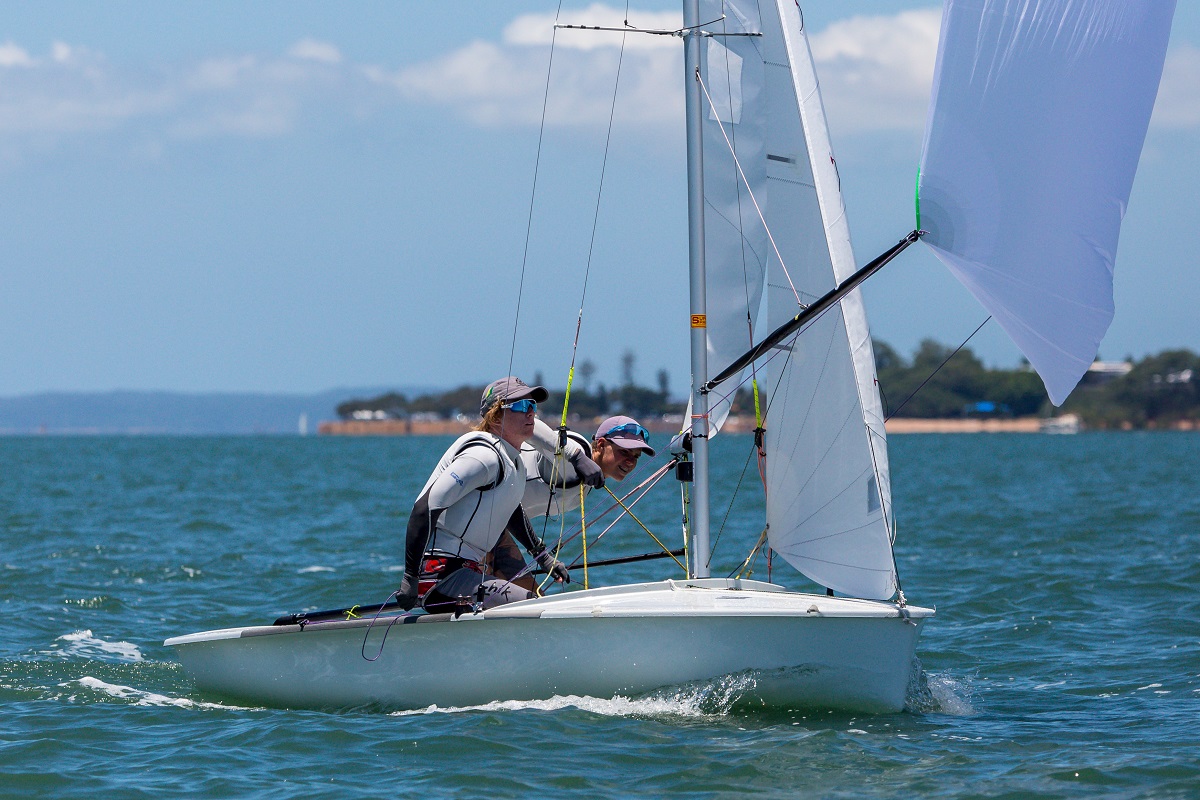 Last week, the authoritative Olympic website Inside the Games reported that Brisbane had taken “a huge step” towards securing the hosting rights for the 2032 Olympic and Paralympic Games after the International Olympic Committee (IOC) confirmed the Australian region as its preferred candidate.

There has been considerable media discussion about possible venues for the various sports, but as yet no firm decisions have been made about sailing venues – assuming that sailing remains an Olympic sport in 11 years time.

An Australian Olympic Committee spokesperson said that “a number of sailing venues” have been identified in the Venue Masterplan.

“Work will continue during the Targeted Dialogue phase in refining all venue options. There is no timeline on these discussions, which are ongoing,”the person told Mysailing.

What we do know is that the Whitsundays is being heavily considered for the two-person double-handed offshore keelboat race – if that event survives a vote at World Sailing later in the year. World Sailing voted to include it for Paris 2024 in place of the Finn class, but a change of President and well-targeted lobbying by the Finn class mean the decision is being re-visited.

Even if the event survives the re-vote, and takes place at Paris as currently planned, there is no guarantee that it will still be an Olympic event in 2032. If there are logistical problems with security, massive costs, or if the race, that could last 12 times as long as the marathon and goes through the night, simply bores the pants off the TV audience, it will go the way of the Women’s Match Racing, which appeared only at London 2012 before being canned for Rio 2016.

If the event takes place, and it’s obviously a big “if”, the Whitsundays would be an ideal venue with all those islands and a good chance of trade winds and fine weather. It would probably be raced out of Hamilton Island, where CEO Glenn Bourke would provide plenty of experience at running major events, having been CEO of the Volvo Ocean Race and competition manager for sailing at Sydney 2000, among many other claims to fame.

There have also been unconfirmed rumours that kitesurfing would be held on the Sunshine Coast if SEQ gets the 2032 Games. Again, this makes sense from a TV point of view.

But the big question is, where will the traditional sailing events be held – the Laser, 49er and multihull classes?

Sailing has often suffered for its need to have a venue that provides a big rigging area and a fair contest out on the water. More often than not, that means the sailing venue is in a different city to the major Games events such as track and field, swimming and cycling.

At London 2012, for example, the venue at Portland/Weymouth was excellent from a sailing point of view, but was 137km from the athletes village in London. This meant that the sailors missed out on rubbing shoulders with sporting superstars like Usain Bolt and Michael Phelps, with several of them saying the Olympics was “just a big Worlds”.

Even at Rio 2016, where the sailing was held in the city of Rio, it was still over an hour on the bus to the main stadium. And Enoshima, the sailing venue for Tokyo 2021, is over 60km from the main village.

One of the logical venues for sailing at SEQ 2032 is Royal Queensland Yacht Squadron at Manly, a coastal suburb of Brisbane. RQ has a huge rigging area and has run major events like Sail Brisbane and class world championships.

Manly is only 30km, or about half an hour by road, from the centre of Brisbane, meaning sailors would be able to stay in the main athletes village, making them feel part of the greater Games. Swimming, cycling and possibly canoeing would all be taking place within 10km of the sailing venue.

The downside is that Moreton Bay, while a nice enough place to sail, is not exactly “iconic Australia”. Protected from the ocean by North Stradbroke Island, the water colour is rarely a sparkling blue and the view from the water is primarily suburban Brisbane on one side and tree-covered island on the other. The wind, too, can be a bit fickle, making setting courses a challenge on light days.

The other venue that has been suggested is the Gold Coast. According to the IOC Feasibility Assessment document, there would be two athletes villages if SEQ gets the Games. The main one, a new development will be in Brisbane, while existing hotels would be used to host athletes based on the Gold Coast.

From a television perspective, the Gold Coast, with its iconic beaches and highrise towers, would certainly provide a spectacular backdrop for sailing events. Assuming that the rigging area would be on the Broadwater and sailing would take place on the open ocean, steady winds would be likely.

But, in my opinion, there is only one opinion that counts when deciding where to sail – that of the sailors. I would suggest that Australian Sailing asks current and past Olympic sailors and coaches which venue they would prefer – and then strongly recommends that venue to the AOC. They should do this soon, so that planning can commence immediately.

I know that this is a novel concept for Australian Sailing – asking the people most affected by a decision for their opinion before that decision is etched into stone – but I think it’s worth trying, just this once…

Sailors, check out the various options by clicking on the pictures above, and please make your opinions known by commenting below.