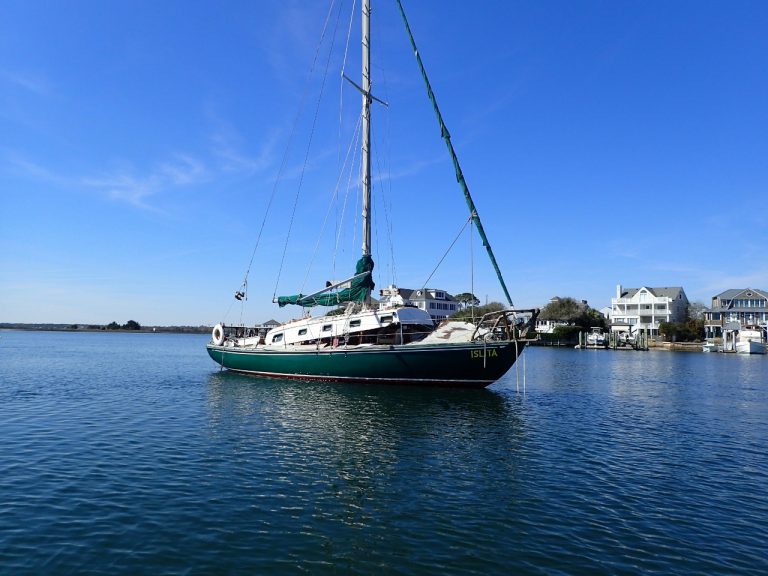 WRIGHTSVILLE BEACH – It was a quiet Monday evening, about one hour after sunset, when a fireball erupted from the cabin of a sailboat moored in Banks Channel. The blast heavily damaged the boat and badly injured its sole occupant, Timothy Wilkinson.

The explosion, caused by a propane leak, was “devastating, it was total devastation,” Wilkinson said.

The 33-foot boat, dubbed the Islita, was no pleasure craft. The aged and occasionally jury-rigged boat was essentially Wilkinson’s only worldly possession. He had sold or given away nearly everything he owned, fixed the old boat up, and was in the process of sailing the intracoastal south to Florida. There he planned to meet up with his son; the two were preparing to circumnavigate the globe.

After the blast, with his boat splintered and barely floating, Wilkinson was not just stranded but homeless. And yet, when he sat recently to talk about his experience, he seemed jovial and unperturbed.

“I’m a stranger here,” Wilkinson said. “And I’ve lost everything I own. I was nearly killed. I have no idea what I’m going to do – I can’t even contemplate what the repairs to the boat are going to entail, or if that’s even an option. We’re talking serious devastation here.

“But, at the same time, I’ve experienced such amazing kindness here. People have offered me everything, a place to stay, food to eat. The barista at Tower Seven, right after it happened, she overheard me talking. I didn’t have any clean clothes and she and her boyfriend invited me over to use their washing machine.”

Wilkinson said the response of Wrightsville Beach locals to his story has astonished him.

“The last two weeks I’ve been on the beautiful side of humanity,” he said. “People have put me up on their boats, helped me find my bearings, but it’s more than that. The people here… it’s been amazing. Something awful happened, one of the worst things that could have happened, but I found myself kind of surfing on this beautiful wave of humanity.”