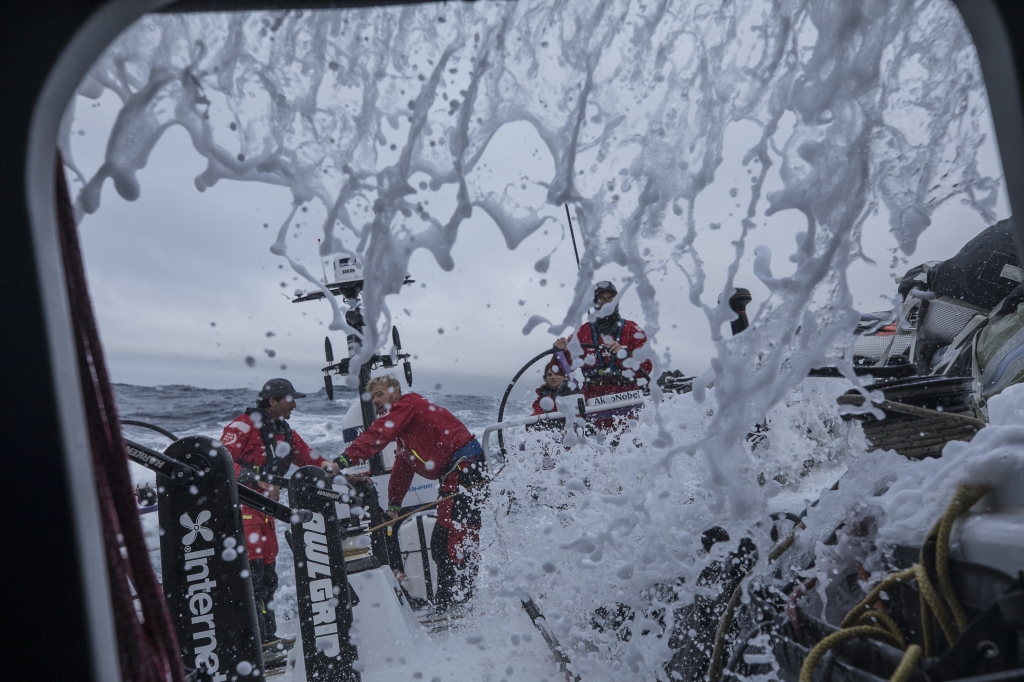 Leg Zero not only takes care of the official qualifying for the Volvo Ocean Race – it’s also the first chance to see the teams in a competitive shakedown against each other.

No points will be carried forward to the race itself, but the overall Leg Zero winner still gets a confidence boost – and here, round-the-world Vendée Globe sailor Conrad Colman fills us in on how it might play out.

2 August: an intense 50-nautical mile sprint around the Isle of Wight

6 August start: the famous Rolex Fastnet Race featuring some of the hottest yachting hardware on the planet in a 608 nm coastal race that has historically served up a hearty dose of danger – and a lot of stressed navigators.

There are no other boats to act as a distraction on these last two legs, just the world’s strictest offshore One Design fleet and the clock ticking down to the start of the Volvo Ocean Race from Alicante, Spain on 22 October 2017.

Around the Island Race

A 50-mile coastal race in early August for some of the best sailors in the world who are preparing to tackle the world’s longest racetrack in sport? Okay, let’s be honest – we’re not going to learn a lot here. There’s nothing much at stake and in terms of racing, it's tempting to say there’s nothing to see here… But then again, sandbanks, rocks and tides will make these 50 miles pretty challenging – and would you want to finish last out of the Volvo Ocean Race fleet?

Now we’re talking. The Rolex Fastnet Race boasts the biggest offshore racing fleet in the sailing world and traditionally, it can go one of two ways. Either a late summer depression will rip across the Atlantic Ocean and chew through the fleet, as happened in the infamous 1979 edition, or boats will be forced to pick their way along the English coast, searching for any puff of wind while being pushed in circles by the tides.

The series of bays and headlands along the southern coast of England make the first part of the course like sailing along the edge of a saw, where each point sticking down into the English Channel concentrates and accelerates the tide. This will give a welcome push to those that make it through on time, and punish those forced to fight against the flow. In the tight Volvo Ocean 65 fleet, rounding a headland just 10 minutes after a competitor might cost you an hour at the finish! Even though the Fastnet doesn’t count towards the points in the race around the world, MAPFRE skipper Xabi Fernández confirms that his team won’t get much sleep: “A 600-mile race like the Fastnet is not super relevant towards the real race but of course it’s always good to sail together as a crew. There will be plenty of manoeuvres and a lot going on. It’s going to be good training and we will take it very seriously.”

Look out for strange routes on the tracker by the Land’s End point as strong tides turn around this headland and there’s a huge obstacle in the way. Traffic Separation Schemes (TSS) act like salty motorways for commercial shipping, and because they guide hundreds of massive steel ships, they are off limits for competitors.

These off-limits TSS zones will appear later in the Volvo Ocean Race route, most notably in the Strait of Gibraltar, around Hong Kong and off the coast of Newport, RI. This American highway upended the leaderboard in the last race after MAPFRE, Team SCA and Dongfeng all entered the zone illegally and were penalised. Now is a good time for the teams to get to grips with these TSS zones to avoid problems later when the points are at stake.

As the English coast fades into the horizon behind, streaking across the Celtic Sea will allow the Volvo Ocean 65s to enter more typical ocean conditions until the handbrake turn around Fastnet Rock. We’ll talk about the actual weather closer to the time but here the wind is often from the west and with the route now leading eastwards back to the Cornish coast the wind will be coming from behind the boats – a wind angle that the crews will see a lot of in the coming race around the world.

From rocks to tides to TSS’s, one thing is for sure – the navigators will suffer!

After back to back stopovers in Lorient in 2011-12 and 2014-15, the Volvo Ocean Race will visit another French city that’s crazy about ocean racing, St Malo. It’s best known for a solo transatlantic race every four years called the Route du Rhum (confirming the theory that sailors are obsessed with the sea, salt and rum).

Volvo Ocean Race boats have deep keels and are normally safe offshore in the deep ocean but in 2008-09 Bouwe Bekking skimmed the bottom in Taiwan and dramatically slammed into a submerged rock just off Gothenburg. A former pirate’s paradise, St Malo is also protected by a fearsome set of reefs and needless to say, it could be pretty stressful with freshly painted keels and a circumnavigation just around the corner!

Cyclists count how many ribs are visible on their competitors to see if they are down to weight. Football players look for medical tape on opposing teams that might signal a sign of weakness. Sailors have less to go on, as physical form is only one factor in the pursuit of speed. In sailing, polished teamwork counts for more than the circumference of biceps and strong tides and fickle winds will make it hard to get an accurate measure of potential speed in real offshore conditions.

Dee Caffari, Skipper of Turn the Tide on Plastic: “As a form guide I think it would be misleading. We all have different sails for racing. Some have old sails some have race sails and some have a combination of sails. I am still using the Leg 0 race schedule as a trial for my sailing team so it is a test to see if we have the appropriate people.”

The short legs won’t allow teams to try out their ocean watch systems as most teams will probably chug a Red Bull and push hard in the knowledge that the next port isn’t far away. This fourth and final part of Leg Zero will probably give us the best sense of who’s up to speed and who’s got work to do before the big one comes around. That’s because the rounding of Cape Finisterre at the northwest point of Spain often accelerates the local wind before the trade winds blowing down the Portuguese coast allow teams one last blast to measure their performance before the boats go into maintenance.