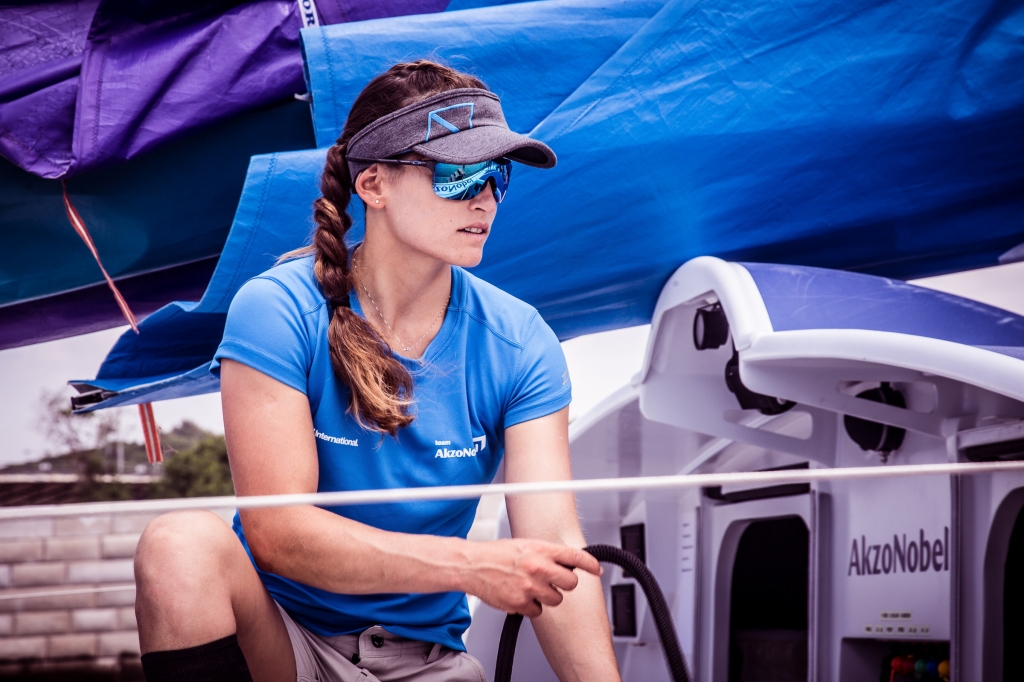 Team AkzoNobel have added Martine Grael, the Brazilian sailing gold medallist from the 2016 Olympics in Rio, to their crew for the Volvo Ocean Race 2017-18.

The 26-year-old is the daughter of race legend Torben Grael – Brazil’s most successful Olympic sailor of all-time, with five medals – and she will be joining an AkzoNobel squad that features three members of her father’s all-conquering Ericsson 4 team in 2008-09: British navigator Jules Salter, and watch leaders Brad Jackson from New Zealand and the Brazilian Joca Signorini.

Together with Kahena Kunze, Grael clinched gold in the 49er FX class in Rio. She is the first Brazilian woman ever to take part in the Volvo Ocean Race, and in taking on the 45,000 nautical mile round-the-world challenge, she is making a massive step up – but it’s one she’s looking forward to.

“Stepping up from the 49er FX to the Volvo Ocean Race with team AkzoNobel is a very exciting opportunity to expand my sailing skills and my fitness level,” Grael said. “My goal is to as quickly as possible get a good feel for the boat and understand the finesse required to produce the best performance.

“This is a big journey for me but I’m hoping to enjoy the experience and learn a lot from it. Most of all I want to prove that I belong on this team and I can’t wait to start racing against other boats.”

Team AkzoNobel is led by Simeon Tienpont and the Dutchman is delighted to add another huge sailing talent to his strong multinational crew.

“Martine is one of the world’s most talented young sailors and has proven her ability to perform at the highest level with her Olympic gold medal winning performance,” Tienpont said. “She is one of the few individuals who can successfully make the leap from small boat sailing into the professional arena of big boat racing in events like the Volvo Ocean Race.

“It’s no surprise that she is such a complete talent given the amazing sailing family she grew up in, where she learned from a young age what it takes to compete at the top of this sport. Aside from her sailing ability, Martine also has a great personality – she’s fiercely competitive and great fun to have on board.”

Grael will take part in Leg Zero – a mandatory series of four preliminary races for the seven competing Volvo Ocean Race teams prior to the race start on October 22 in Alicante, Spain.

Leg Zero begins on August 2 with a sprint around England’s Isle of Wight, followed by the Rolex Fastnet Race on August 6-9 followed by a further two stages from Plymouth to St Malo and St Malo to Lisbon.

The Volvo Ocean Race begins on 22 October from Alicante, Spain and will visit a total of 12 Host Cities around the world.