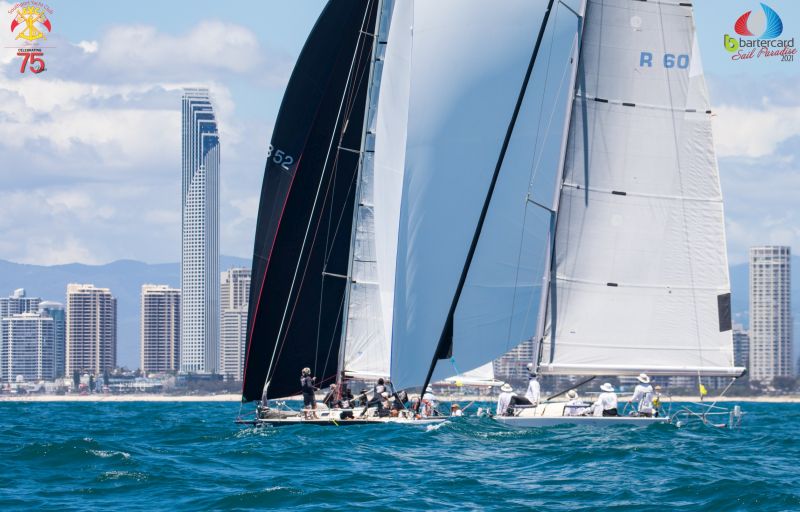 Bartercard Sail Paradise came to an end yesterday with a bang. A strong south-easterly wind swept across the course during the morning and made for spectacular sailing. Wind gusts to 30 knots and rising seas led to one yacht being dismasted and another having a spinnaker blown to shreds. Still, it was a great day of sailing and a fitting finale for what was the 12th staging of the spectacular event.

The series attracted 56 yachts, primarily from Brisbane and the Gold Coast, but it was the calibre of the competition that took the 4-day series to new heights.

“This was the biggest and best Bartercard Sail Paradise we have seen it its 12-year history, and as a consequence it safe to say the sky is now the limit,” said journalist and author, Rob Mundle OAM, who was one of the two founders of the series. “I have no doubt that we will be drawing many more yachts from NSW as well as Brisbane in the future. It’s safe to say Bartercard Sail Paradise will continue to get bigger and better.”

The Southport Yacht Clubs General Manager, Brett James said, “The remarkable success of this year’s regatta has assured its future. I think there is every chance we will attract a fleet of at least 75 yachts next year, and that in turn means hundreds of people, sailors, family and friends. In short Bartercard Sail Paradise will be another significant sporting asset for the Gold Coast.”