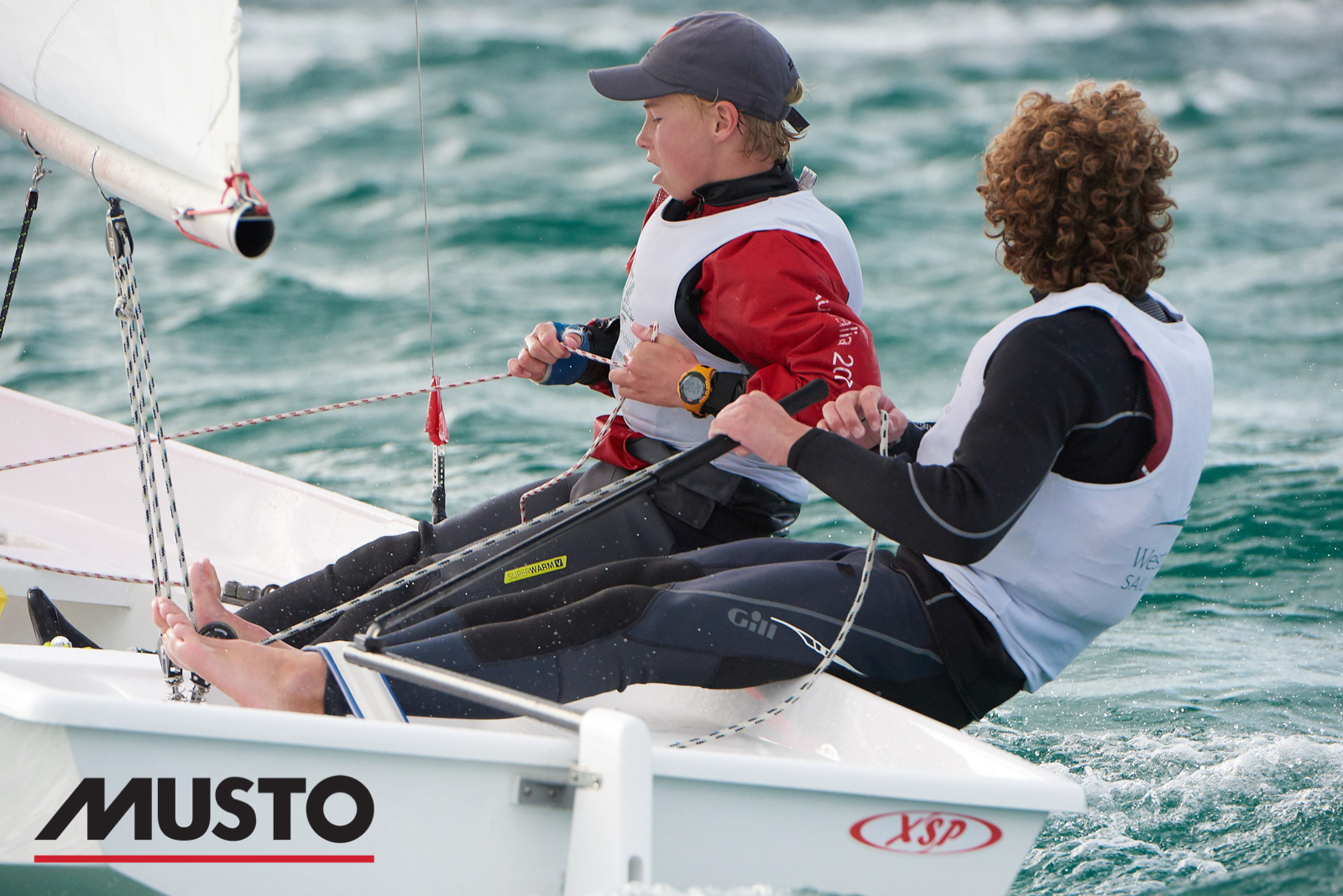 The same three skippers, made up of Alex Higgins, Matt Meaney and Angus Higgins, have sailed together for the last four years and fell just short of the national title on a couple of occasions.

They met the renowned Scotch College team in the best of five grand final with the overall result decided in just four races, Westminster claiming it 3-1.

The two schools automatically qualified for the final after being the two highest placed girls teams after the Swiss league series.

The four-day regatta came to an exciting finish, especially for the hundreds of spectators on the Blairgowrie pier, as the top eight teams took to the water in strong winds and sloppy seas in order to decide the champions.

While the morning session was reserved for a few more hours of Swiss league racing, the umpires and officials decided to go under postponement as northerly winds reached upwards of 25 knots in the morning.

However as the day went on and the breeze moderated to a point where it would be manageable, the Swiss league was cancelled and the officials decided to roll straight into a finals series.

At the conclusion of the Swiss league round-robin, the Friends School from Tasmania sat on top of the table in the outright lead, however the finals threw up a few surprises.

Friends School worked hard to make their way through a couple of hurdles, but ended up bowing out in the semis to the eventual runners up, Scotch College.

Their cross-town rivals, Hutchins School, had similar issues and bowed out of the finals in straight sets after coming into the finals with a double chance in fourth place.

Brighton Grammar School were the surprise packet of the finals, scraping in to eighth position after the Swiss league but going on to make the semi finals only to fall short to the eventual champions in Westminster.

They then raced off against Friends in the petit final that would decide third place and fell just short again, however the local fans were still super proud of Brighton, as they finished as the first placed Victorian team.

When racing wrapped up for the event, celebrations were had on the shore as coaches and sailors alike were dragged into the freezing local waters.

The presentation evening at the Blairgowrie Yacht Squadron was a great event as well, with more than 300 people packing the club's main function room to crown the champions and extend invitations to the inter-dominion team sailing championship in New Zealand later this year.

The Australian Team Sailing Association (ATSA) also recognised some great individual performances of sportsmanship through the umpires awards, which were well received with some great storytelling by chief umpire Simon Irving.

Next year's national event heads to Hobart this time next year at the Sandy Bay Sailing Club.