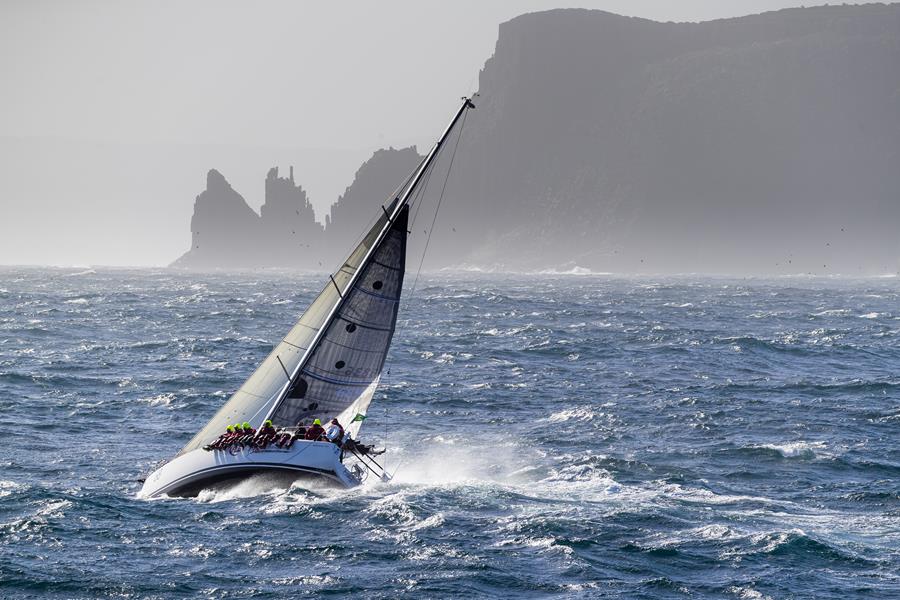 Anger Management FLG is back for the 2019 Rolex Sydney Hobart. Credit - ROLEX/Studio Borlenghi.

When the fleet of 157 yachts set sail in the Cruising Yacht Club of Australia’s (CYCA) 75th Sydney Hobart Yacht Race on Boxing Day, Western Australia will be well-represented with seven entries; a handful have run the track before and are all contenders for the Tattersall Cup.

On two boats, Tim Stewart’s Anger Management FLG from Esperance and Anthony Kirke’s Enterprise from Fremantle, are crews who despite only having raced in the Rolex Sydney Hobart for the first-time last year, became instant hits. In different ways, they reflect the character that the race became known for early on.

The crew of Anger Management FLG fast become known as the ‘party boat’, when celebrations started the minute they arrived in Hobart. However, there was a serious side too.

Last year the majority of the Esperance community followed the Sydney Hobart, many for the first time, to follow Anger Management's progress (they finished a creditable 36th overall for ninth in Division 3).

“The support behind our small-town crew was phenomenal and has continued to drive conversations,” said Stewart, who was thrilled when Anger Management was named ‘Team of the Year’ in the Sports Star of the Year awards for WA.

Stewart stated that the decision to enter his Salona 44 in the 75th Sydney Hobart was made due to the feeling of unfinished business: “Last year, we felt like it all went too fast and we were learning so much as we went. This year, we want to see if we can exceed last year’s achievements.

“As a crew, we thoroughly enjoyed the race, the lead-up and the wind down at the end. We also had huge support at the finish line in Hobart and were fortunate to have so many family members make the trip.

“The boys are hoping to make it to Hobart a bit quicker this year, so we can tuck into the cold stuff at Customs House,” ended Stewart, who had many followers join in the revelry last year.

For Anthony Kirke, the humour comes in the naming of his Farr 40, Enterprise. It is a play on the famous 1960’s science fiction television series Star Trek, which followed the voyages of Captain Kirk and his starship, USS Enterprise. And he and the crew revel in the entertainment it brings.

Like Stewart, Kirke is here to win after placing 13th overall for second in Division 3 last year. The pair is direct competition for each other.

“It will be significant for whoever wins the 2019 Rolex Sydney Hobart, or claims line honours. Apart from being awarded the historic Tattersall Cup and J.H. Illingworth Trophy respectively, a Rolex timepiece awaits each; a special remembrance,” remarked Kirke, whose end game is to win the race.

Both yachts will have to fight off challenges from the bulk of competitors who have the Tattersall Cup in their sights, including fellow Western Australian entries: Abbotts Vamp (Paul Eldrid/Chris Higham); Crush (David Davenport) and Optimus Prime (Trevor Taylor).

Western Australia has only once won the Tattersall Cup, in 1975, when Peter Packer sailed his Ben Lexcen designed Rampage into Hobart to beat the rest of the fleet. It would be a feather in the cap of any of the Western Australian yachts to change that record.