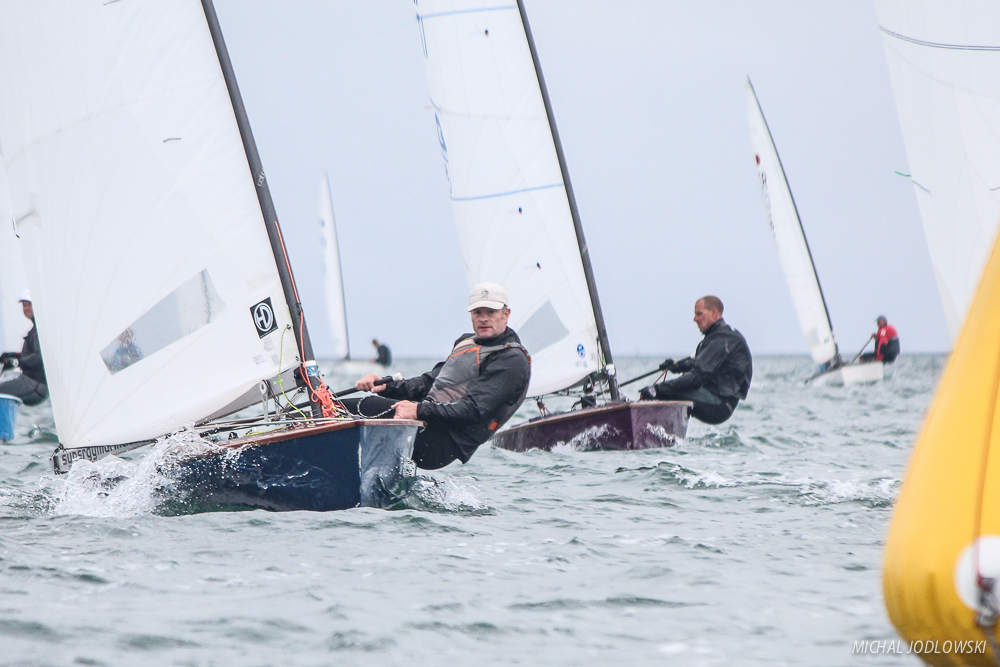 We’re just days away from the start of the 2017 OK Dinghy World Championship in Barbados, and 80 sailors from eight countries are travelling to this sunny Caribbean isle, though perhaps not with Coconut Airways, for what is set to be an out of this world tropical sailing experience.

When the opportunity arose for the OK Dinghy class to hold its World Championship in the Caribbean, it was pretty much a unanimous vote in favour of sunshine, blue water sailing and Caribbean hospitality. Three years, and a lot of planning, later, the OK Dinghy fleet is descending on the island for two weeks of great racing, great camaraderie and no doubt, a little rum.

While most of the sailing world is focussing its attention 1,350 miles further north, for single-handed dinghy enthusiasts, Barbados is the place to watch. Not only is the island hosting the OK Dinghy World Championship next week, but the Finn World Masters follows on almost immediately for a double world championship extravaganza. A lucky few sailors will be taking part in both championships.

For both classes it is the first time they have ventured to Bajan waters, and to say the fleet is excited by the prospect of sailing in the Caribbean is understating the obvious. The invitation and welcome by the BTMI (Barbados Tourism Marking Inc), the Barbados Yacht Club, the Barbados Cruising Club and generous sponsorship from Geest, Virgin Atlantic and many others has made this an event not to be missed.

The event is being hosted by both the Barbados Yacht Club and the Barbados Cruising Club, which are located almost side by side on the south-western corner of Barbados in Carlisle Bay. The team delivering the event is the same team that delivered the Fireball, 505 and most recently the GP14 World Championship.

This will be the third time the OK Dinghy class has ventured outside its normal fleet regions into ‘exotic’ locations after India in 2003 and Thailand in 2013, and the Barbados event will be the biggest yet.

He was quite surprised to win his second world title last year in France, but says he will be happy with a top five this year. “I'm better on flat water, especially if it's cold, rainy and miserable. I've been practicing a bit over the winter, but still haven't really sorted my downwind sailing, so I think I will struggle.”

On the competition, “I don't think there will be any great revelations, but I'm sure others will have made progress. It'll still come down to who's got their act together.”

What keeps bringing him back to the class? “I enjoy the close racing and the international competitions. I'm still learning how to get the best out of the rig and how to get downwind quickly. Plenty to work on and it keeps it interesting.”
Jim Hunt in 2016

Another double world champion, Roger Blasse of Australia, is sailing his first worlds since placing third at his home club in Melbourne in 2014. Blasse summed up the feelings of most of the fleet when he said, “The chance to visit and sail in any new location is always great, and if you’re going to travel half way around the world you might as well go to somewhere you haven’t sailed before and of course, on a tropical island.”

He has fewer expectations than Hunt. “I’d be happy to crack into top 10. It will be tough fleet and so as long as I’m competitive and get the chance to have some close racing, it will be great.”

He says he always enjoys coming back to the OK, “You get that close competitive tactical racing in a large fleet. It gives me a chance to keep my OK Dinghy skills and racing gear up to date. Plus, over a few refreshments, catch up and tell a few tall tales that I’ve collected over the last 32 years sailing the OK.”

The strongest team is arguably that from New Zealand with 19 entries. The highest ranked sailor competing is the world No. 3, Greg Wilcox, the 2002 World Champion. The team also includes the 2014 Worlds runner up, Luke O’Connell and the ever-fast Steve McDowell, both of who are expected to be challenging for the top slots. It will be interesting to see whether the Kiwi team have moved on since 2014 as few have done an international competition since, though, after missing his flight out of Wellington, perhaps O’Connell needs to pick up his game a little.

Of the other favourites, the 2014 European Champion, and runner up to Hunt at the Worlds in 2016, Jørgen Svendsen of Denmark, heads up the 10 boat Danish team. While Svendsen is always a tough competitor, he will be sailing his new boat for the first time so it is hard to predict any form.

Of the other favourites, Mark Jackson is part of the 13 strong Australian team and has a string of top tens behind him, as well as six Australian National titles. The German team is numerically the strongest at 20 boats, with 2006 European Champion, Martin von Zimmermann arguably the top sailor within the group, along with Oliver Gronholz.

Poland and Sweden are sending smaller teams than usual, but both Tomasz Gaj and Pawel Pawlaczyk of Poland are more than capable of top ten finishes.

A few of the sailors will have experienced Barbados conditions and hospitality before, most notably Nick Craig of Great Britain, who placed a close third at the GP14 World Championships in 2016.

Craig is one of three four-time OK Dinghy World Champions, so a fifth title would make him the most successful OK Dinghy sailor of all time. He is back in a new boat after a four year gap from competing at this level.

“I haven't had long in the new ship but it felt quick straight away, another gear downwind and really well balanced, responsive and powerful upwind. I've been pretty slow over the winter in training but changed quite a few things to hopefully be somewhere in the mix. A fifth title is a long shot as I'm doing much less sailing than when I was in and around winning it. But I'll certainly be giving it my best shot and I'm looking forward to racing again in the best single-handed amateur fleet in the world and catching up with old friends after a four-year break.”

He says that the sailing last year in Barbados was among the best he has ever done. “Hopefully we will have more of the same. Last year it was 15-30 knots, big waves, 29 degrees every day with the water 28, plus cheap beer and a sandy beach. Not too bad.”

“From talking to the locals last year, we may expect a little less wind at 10-15 knots as we are later in the season, but we should still sail in great conditions.”

“The shoreside is excellent – we made a family holiday of it last year and stayed on for 10 days – there is a huge amount to explore in Barbados from surfing to caves and rum tours. Our kids are still talking about it.”

Measurement and registration get underway on Wednesday 24 June, with the opening ceremony on Friday 26 May after the Practice Race.

The World title will be decided by a series of 10 races between Saturday 27 May and Wednesday 31 May.