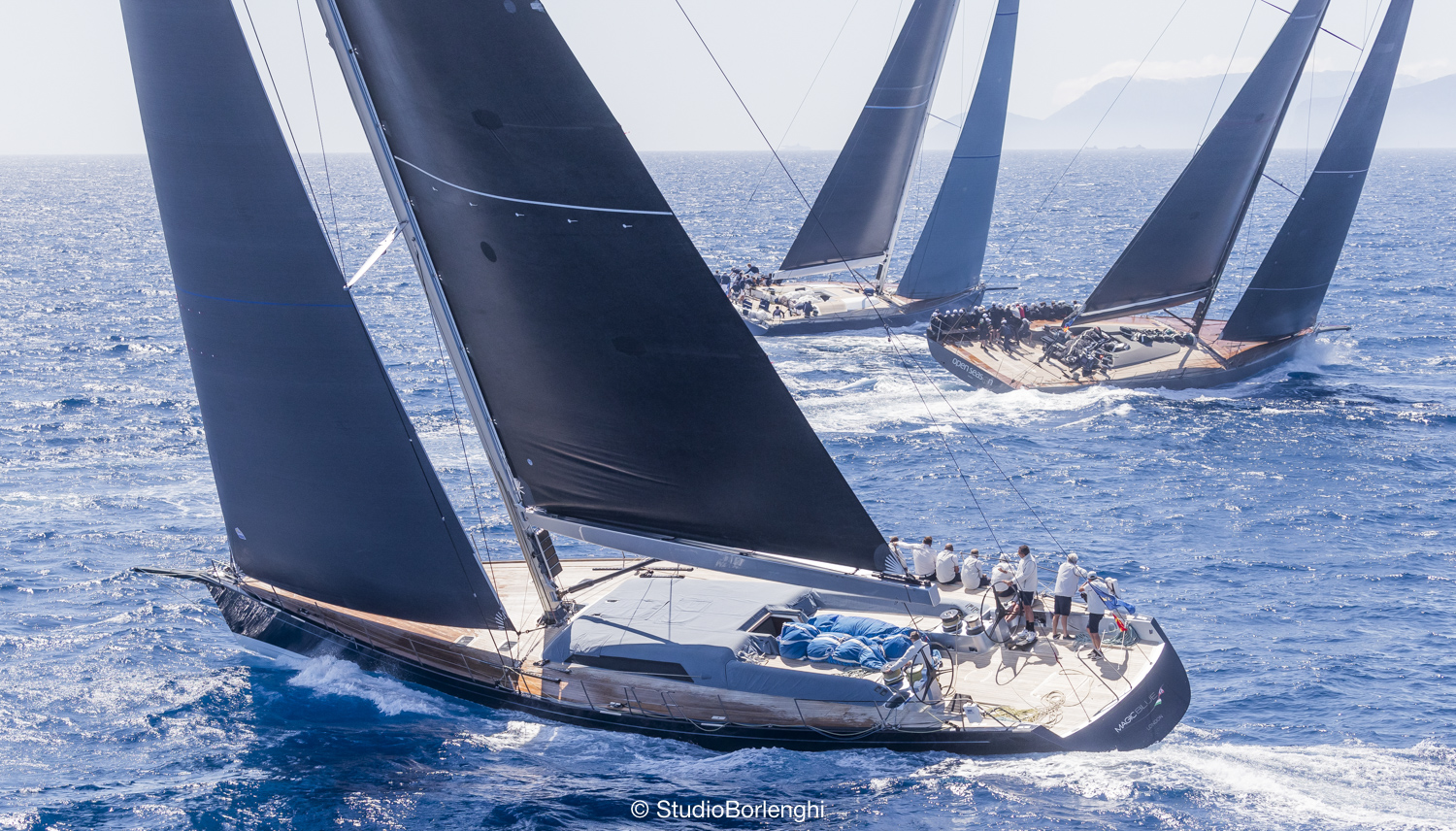 Porto Cervo, Italy – The WallyCento Magic Carpet3 has won the Performance Class in the 2019 Loro Piana Superyacht Regatta in Porto Cervo, Sardinia, winning three out of her three races after the final day’s racing on Saturday was cancelled due to lack of wind.

Wally came close to a clean sweep of the podium with Open Season, Y3K and Magic Blue ranked 3rd, 4th and 5th in the overall results respectively.

Wally’s dominance of the event is even more significant when you consider that it is the first time the Wally fleet was racing with the other superyachts outside the Wally Class.

“This result confirms the performance of the Wally Class in open competition with other cruiser-racers,” says Stefano de Vivo, CCO of Ferretti Group and Managing Director of Wally, who attended the regatta. “Wally’s unique style, speed and easy sailing capability are the reasons we chose the brand to enter the sailing segment.”

“Among the cruiser-racers, Wally’s superiority is undisputed,” says Luca Bassani, President of the Wally Class and tactician aboard Magic Blue with Flavio Favini. “Four Wally yachts in the top five after three races in every kind of wind condition from 6 to 30 knots is a fantastic result. Magic Carpet3 won thanks to a perfect combination of tactics, manoeuvring and speed.”

Launched in 2013 and owned by the experienced yachtsman Sir Lindsey Owen-Jones, Magic Carpet3 was designed by Reichel-Pugh to the WallyCento Box Rule. Although her owner spends weekends and summer holidays cruising, the super lightweight pre-preg carbon hull with Nomex core is very much designed for racing. In fact, Sir Lindsay offered workers in the shipyard a bonus for every kilo of weight that could be shaved off the original specs. In the final analysis, a total of four tonnes was saved.

“We knew we could make it fast, but we didn’t know we could also make it beautiful,” said Sir Lindsay after the yacht’s launch in 2013. “The thing that pleases me most is that the yacht is both quick and pretty, and Wally know how to do that better than anyone else.”

Following her victory in Porto Cervo, Magic Carpet3 is due to take part in the Rolex Giraglia offshore race, a Mediterranean classic from Saint-Tropez to Monaco (usually it ends in Genoa, this year is an exception) that starts on Wednesday 12 June. It is a regatta her team knows well having taken line honours in 2013 and 2016 and won in IRC overall in 2015.

The 2019 Wally Class racing series will start after the summer cruising season with the Maxi Rolex Cup in Porto Cervo, 1-7 September.