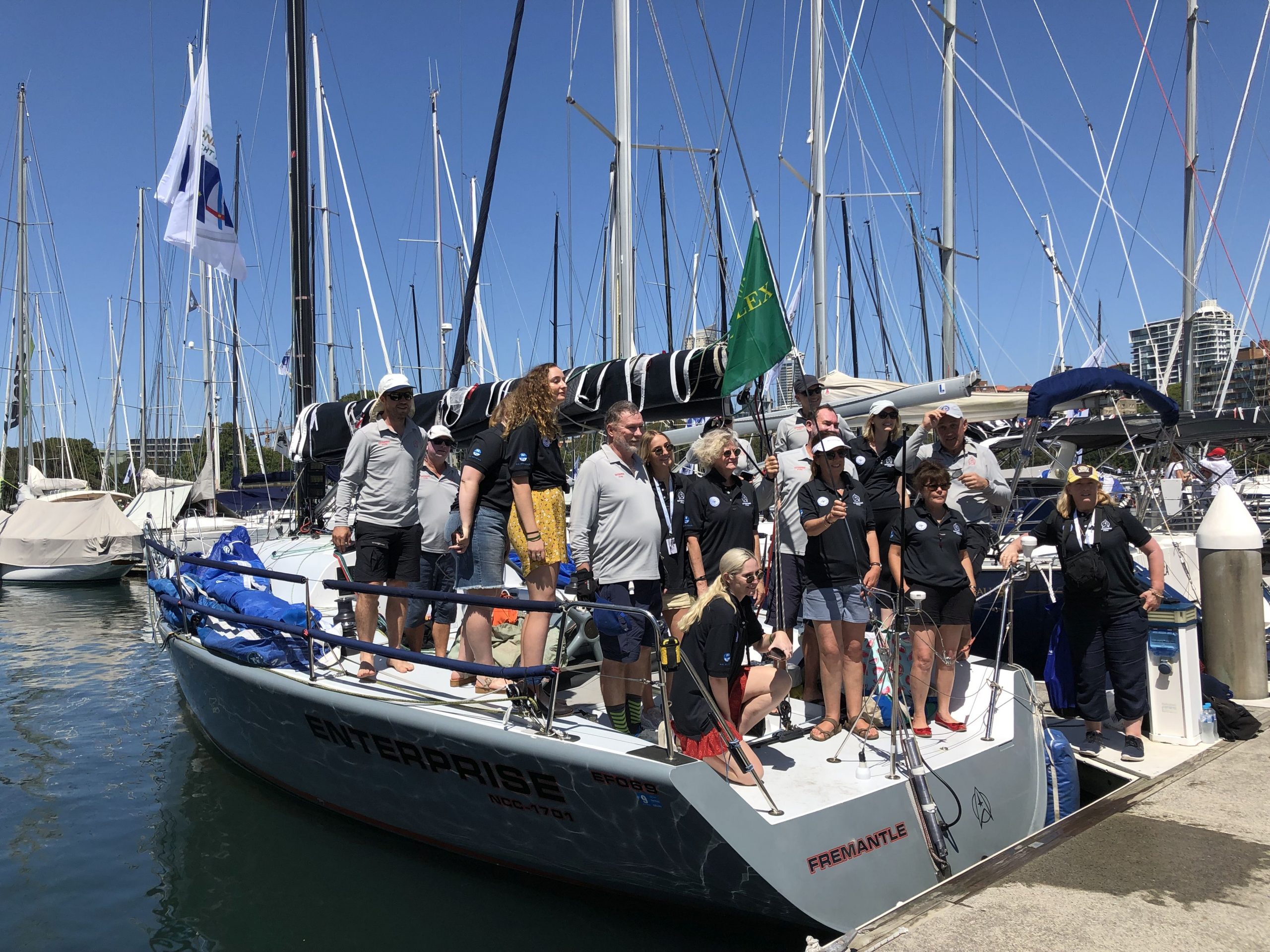 Sailors from Fremantle, Western Australia, will arrive in Geelong, Victoria, this week to be reunited with their boat Enterprise, ahead of the Festival of Sails regatta.

The crew of 10 – nine men and one female – will compete in the three-day Festival of Sails, which comes hot on the heels of their participation in the Rolex Sydney to Hobart Yacht Race.

The 2019 Festival of Sails, which runs from Australia Day (Saturday, January 26) to Monday, January 28, will attract about 3000 participants from every State and ACT, as well as international competitors from the United States and Malaysia.

The majority of the Enterprise crew sails out of Fremantle Sailing Club, ranging in age from 25 to 60.

Crew member Laurie Flynne, who has been sailing for about 50 years, said “The opportunity to “pop in” on the way home from Hobart was irresistible.”

He said the crew carried “a good blend of youth and experience.”

Flynne is the oldest crew member and will celebrate his 60th birthday at the regatta, having reached the milestone just days before the event.

“The core Enterprise crew has been sailing together for five years, and some ‘specialists’ were added for our east coast campaign, which began in July with the Sydney-Gold Coast Race.”

The 19-year-old boat is a Farr 40OD, optimised for IRC (the system of handicapping sailboats and yachts use for the purpose of racing). It will compete in the Rating Division. The boat is owned by Anthony Kirke, who is the primary helmsman. Flynne said the Sydney Hobart race was an “awesome event.

“One of the few world-class sporting events that amateur club hacks can compete in alongside the best professionals. It was the first Hobart for the boat and seven of the crew, including Anthony.

“We massively exceeded our expectations, achieving second on IRC and ORCi handicaps in Division 3 and 13th overall,” he said.

“Best of all, the result gave us the Division 2 win in the CYCA Blue Water Point Score Series, a six race series that starts with the Gold Coast Race and ends with the Sydney Hobart.”

Flynne said the key to their successful campaign was preparation, of both boat and crew.

“Getting to Sydney early and sailing the five major lead-up races together certainly allowed a fastidious level of boat preparation, as well as improving the crew's mutual understanding and trust.

“Confidence in the boat and one another, along with a never-say-die attitude, made the results possible. The arrival and welcome in Hobart is something we will never forget. We’re now looking forward to the Festival of Sails.”

Ahead of the Australia Day long weekend regatta, Flynne said he was looking forward to tight competitive racing on the windward/leeward courses on the Sunday and hopefully “pinching a few races off the professionals.”

He added, “Windward/leewards are the purest test of sailing perfection – one mistake and you're gone.”

Although this will be his first Festival of Sails, Flynne said he had heard quite a lot about the event.

“I have friends who are Royal Geelong stalwarts and they promise flat water and plenty of breeze on Corio Bay. Let's hope so for 2019.”