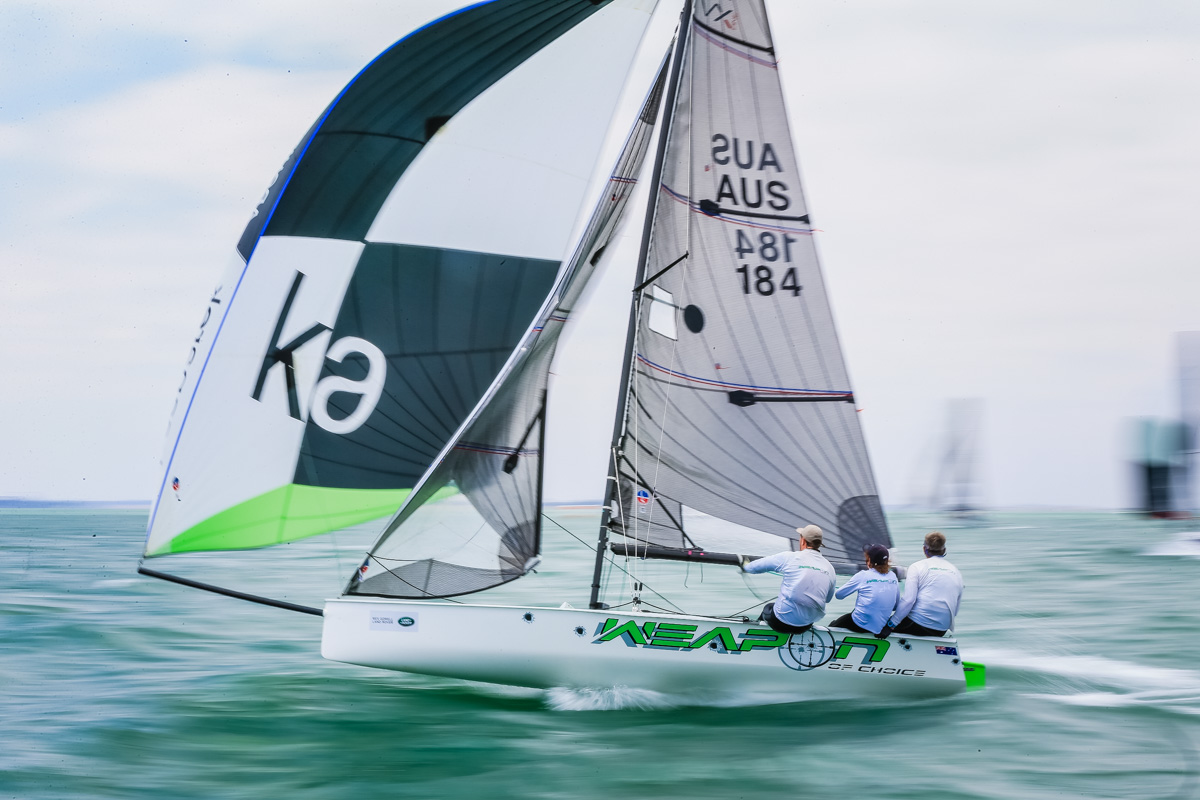 The sporty VX One class is set to add international sparkle to the Festival of Sails in 2019 when a team from the USA, where the class originated, joins a national fleet for the Australian Championship on Geelong’s Corio Bay, January 26-28.

At least 25 VX One owners have indicated to the Australian class secretary and importer Brett Whitbread they will make the journey to the award-winning Royal Geelong Yacht Club to contest the national title, the second time the perennial Festival of Sails has hosted a VX One Australian championship.

Sandra Askew’s husband campaigned his keelboat called Wizard in last year’s Rolex Sydney Hobart Yacht Race and his enthusiasm for sailing Down Under inspired Sandra, from Salt Lake City Utah, to make the journey for her own adventure.

“I am so excited to visit your beautiful country!  I have never been before.  My husband raved about Australia, so I thought it would be great fun to come myself and sail a VX One.  I tried to charter a boat, but could not find one, so I’m buying a boat from New Zealand and having it shipped to Melbourne,” Askew said. “I am bringing my eldest daughter, Waverly, with me to trim the kite and jibs and I’m currently working on finding someone to perform tactics and trim the main.”

Australia boasts the largest VX One fleet outside of America and numbers are cranking in Canada and England Whitbread says. On returning to Corio Bay he adds: “it’s perfect flat water and tricky, a real sailor’s course with lots of variables. It’s sometimes a headache and always a great place to sail.

Teams to watch include the current Australian champion Alan Moffatt and his MACK One crew and Whitbread and Joel McDonald, who won the national title two years ago at the Festival of Sails with Sticky Fingers. At least four Geelong-based VX One owners will play their part, both on the start line and in terms of hosting the interstaters and overseas contingent.

The Australian Sports Boat Association is rallying their members for a good showing at the ASBA Australian Championship, the second national title to be scored at the Festival of Sails.

The J111 class will complete the triple of Australian championships playing-out under the comprehensive race schedule designed to cater for the widest spectrum of boats including Optimists and Cadets for the junior sailors to multihulls, classics and trailables through to the latest TP52s.

The Festival of Sails is Victoria’s best-known sailing event, now 176 years young and steeped in history. Organisers anticipate another fleet of close to 300 boats in 2019, separated into one design and mixed divisions offering a variety of courses and style of racing to suit most experience levels.

Complementing the three-day on-water program over the Australia Day holiday long weekend will be another well-planned onshore schedule of live music, beach sports and children’s entertainment with plenty of food trucks and stalls offering a wide range of dining options.

The Notice of Race and online entry is available at https://festivalofsails.com.au/notice-of-race. Online entries close Friday January 11, 2019 at midnight and thereafter a late fee of $250 may apply up until the final closing date of Tuesday January 15.