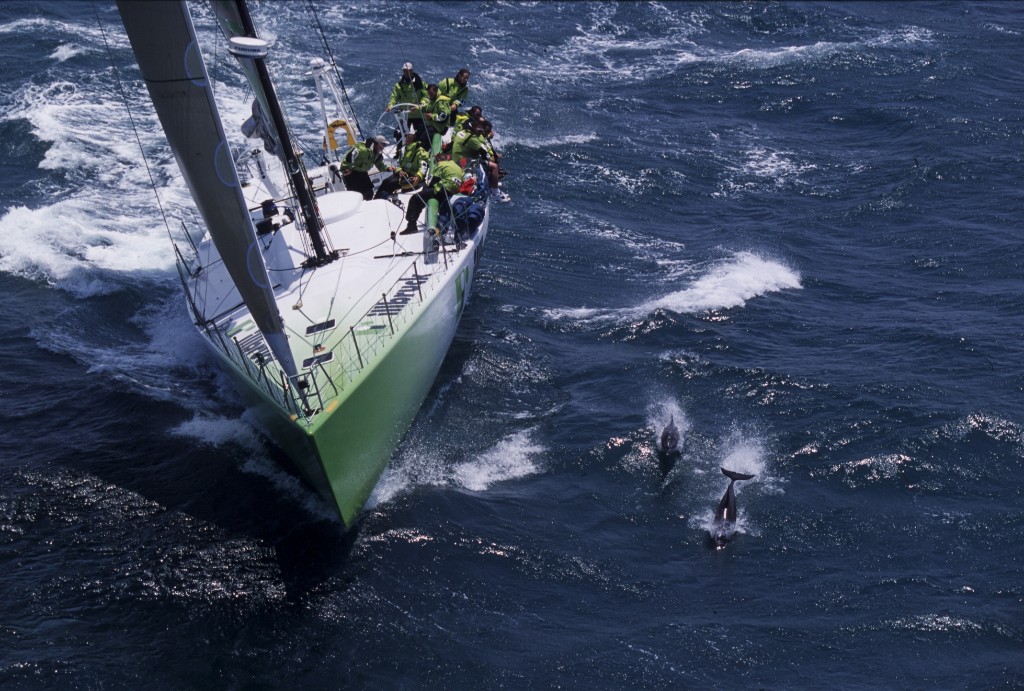 Former round the world race winner, illbruck will join other V.O.60s: SEB, Assa Abloy and Amer Sports One on the startline of the Legends Race this summer.

All four boats raced together in Volvo Ocean Race 2001-02. In total the Legends fleet, which will race from Gothenburg to The Hague, will be around 12 yachts. Illbruck is now named Glashäger and owned by Sailution company in Germany. Illbruck was the first German yacht to secure victory in a leg and in the overall race.

She finished in first place on four legs, was second twice and 4th on three occasions. Spectator boats on the Kieler Foerde were so tightly packed for the finish, that it would have been possible to cross the water with dry feet.

Nowadays, illbruck is very well maintained and ready to race. She regularly takes part in major German offshore races and nearly always finishes on the podium. She is still one of the most famous German racing yachts. She will race the Legends with a mixed team of German and Polish sailors. “We are proud to bring the boat to the starting line of the 2018 Legends Race and look forward to joining the rest of the legendary fleet”, says Oliver Schmidt-Rybandt, technical director of the SAILUTION company, the new owner of the boat.

Today she is the flagship of a fleet of the three Speedsailing Volvo Ocean 60s, together with SEB from the Volvo Ocean Race 2001-02, and also a Legends entry, and Toshiba, from the Whitbread Round the World Race 1997-98.

As the German entry of Michael Illbruck in the Volvo Ocean Race 2001-02, illbruck and her crew had an intense and prolonged preparation. US sailing star, John Kostecki was hired as skipper and he filled the boat with sailing ‘rockstars’. They started the race as clear favourites and lived up to the highest expectations right from the start, finishing Leg 1 two hours ahead of Amer Sports One, also a Legends entry, and winning the leg.

Leg two did not go quite so smoothly when, just hours after the start in Cape Town, the bow section of the boat began to fill with water and for a while it looked as if illbruck was in danger of sinking. Now in last place, the crew traced the leak to the forward hatch and repaired it. It only took them a few days to sail straight through the fleet to finishing one hour ahead of SEB, another Legends entry. From this point on, illbruck never returned the lead on the overall table.

On the transatlantic leg from Baltimore/Annapolis to La Rochelle, France, illbruck, with the help of the Gulf Stream current, established a new monohull 24-hour world record of 484 nm.

The German yacht finished in Kiel, Germany, to a huge reception from thousands of German sailing fans, who had been following the team since the race had started on September 23.