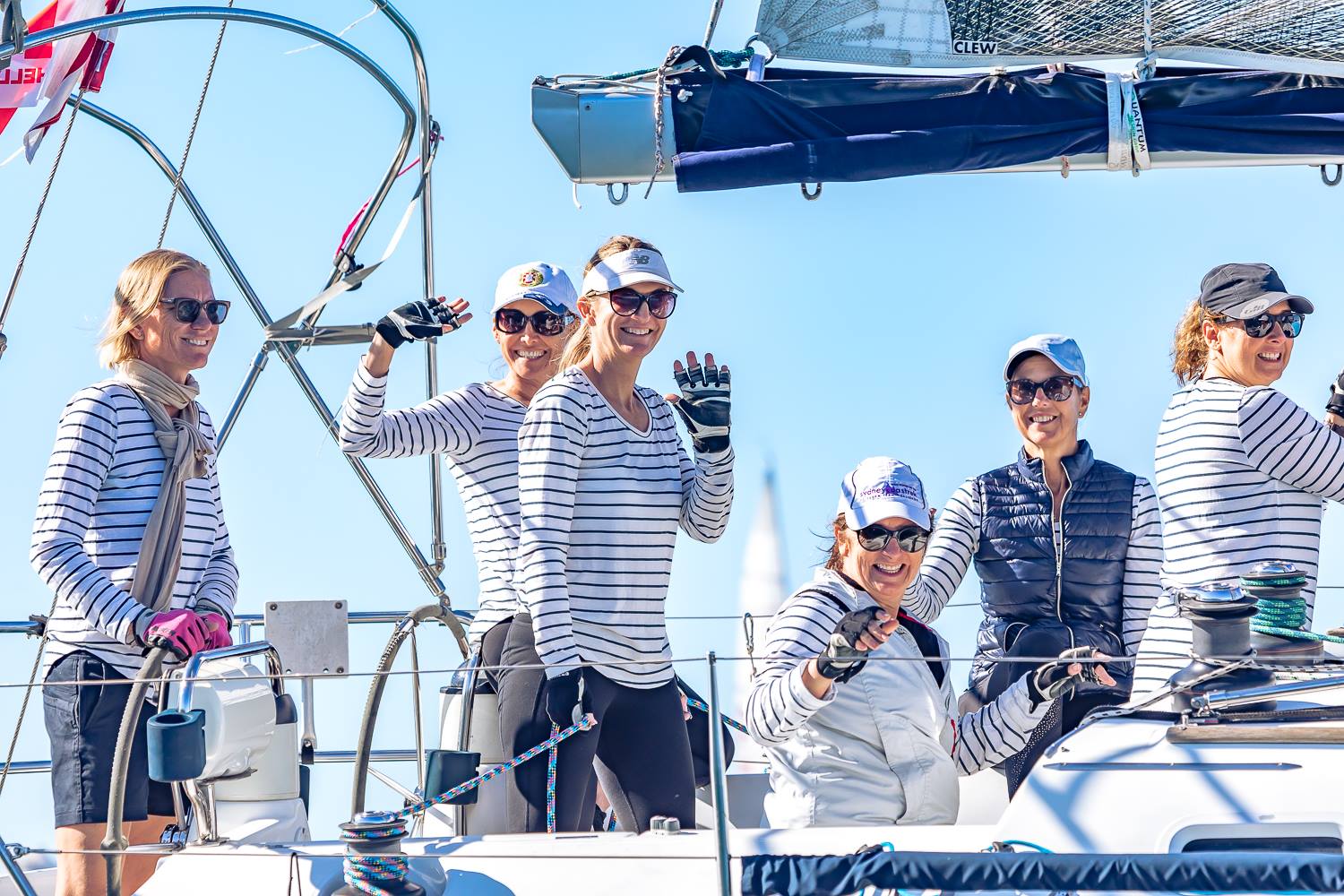 With a membership of 1500, Middle Harbour Yacht Club (MHYC) is one of Australia’s largest yacht clubs, with a strong interest in training and education in sailing.

Women are often considered an underrepresented segment in the yachting community. According to Australian Sailing’s 2017 National Sailing Participation Census, just under 30% of sailing participants are women. In order to grow the number of women participating in sailing events at MHYC, the Sailing Committee created a new position for a Women’s Keelboat Representative, and a number of new female-focused sailing programs were launched in the 2017/18 season.

The purpose of these programs is to encourage and support more women to participate in keelboat racing through opportunities to learn and get involved in a supportive environment.

After successfully integrating a Women’s Keelboat division into the 2017/18 twilight sailing season and trialling some new Women’s sailing and racing training programs, Deborah Dalziel, the Women’s Keelboat Representative, along with the sailing office, wanted to leverage the energy and momentum from these programs by hosting an end-of-season Women’s Regatta.

As well as being the Women’s Keelboat Representative Dalziel is also the founder and CEO of MySail. She is a passionate supporter of growing the sport of sailing, especially through encouraging more female involvement.

The goal was to host this event before the annual Australian Women’s Keelboat Regatta in June, so it could also be used as a training opportunity for teams heading to Melbourne for this event. With limited dates available, a proposed date of Sunday, May 6 was locked in, leaving the team with only 6 weeks to plan, promote and hold the event. “As this was our inaugural event and we had limited time to plan, it was hard to determine how many entries we were likely to receive,” explained Deborah.

“We knew that locking in entries, with conflicting sailing schedules and at late notice, was going to be difficult. Our goal was to get 15 entrants for this first event.”

They decided to trial a one-day regatta format, consisting of two windward-leeward races and a short passage race. This was aimed to make it easier for people with other family, social and work commitments to attend, while still providing enough racing and variety to constitute a regatta.

“I was determined to get female participation in all areas of the event,” stated David Staley, MHYC Sailing Manager. “We were very pleased to get experienced female Race Officer (RO) Elaine Fowler as the regatta’s RO, as well as female volunteers and staff involved in all on-water and off-water event planning and execution.”

To promote the event, the team had to get the word out fast so interested parties could lock the dates in their calendar and put together a crew. Deborah explained: “I knew we had to tap into all available channels to make this happen.”

“Communication was sent out to MHYC members through the weekly newsletter, social media and the website. We also sent materials about the event to local clubs, encouraging them to promote the event to their members.”

MySail was used as a key channel to promote the event and to provide a pool of available crew, so anyone who was interested to enter but struggling to fill their yacht, could find the crew they needed to race. With a featured event page on MySail and cross promotion through the MySail newsletter and social media channels, 20 interested crew quickly put their names down to participate in the MHYC Women’s Regatta.

This cross-promotion helped further promote the event and secure interest from new entrants, as well as increased crew participation. “We were determined that everyone who wanted to be involved, would be,” stated Deborah.

“Through the club, we had sent communication to all entrants, advising them to get in touch with the interested crew on MySail, if they needed any more crew to join their team.”

“Before the event I also sent a communication directly to the crew through MySail, advising anyone who was still looking for a spot, to get in touch.”

“Once the yachts were all fully crewed, anyone still interested to attend was offered a volunteer position with RO Elaine on the start boat. This provided a great learning opportunity for new sailors and made sure our volunteer requirements were met.”

“I’m happy to say that, as far as I’m aware, no one missed out,” added Deborah.

The inaugural MHYC Women’s Regatta was a success, attracting 22 entrants representing 7 different yacht clubs. Luckily, the weather mostly cooperated, with a beautiful warm sunny autumn day. The light variable winds created a challenge for the on-water team and competitors, but they still managed to get racing in and provide a great event.

After racing, most of the teams went back to MHYC for a beach party and prize giving. As well as a great vibe and end to the day’s racing, this also provided another revenue opportunity for the club through food and beverage service.

MySail is a crew finding and management platform for yacht racing. For skippers and managers of racing yachts, MySail provides an online solution to easily find, manage and communicate with their sailing crews. For sailors, MySail is an easy way to keep track of their busy sailing schedule and find their next – or first – crewing position on a race yacht.