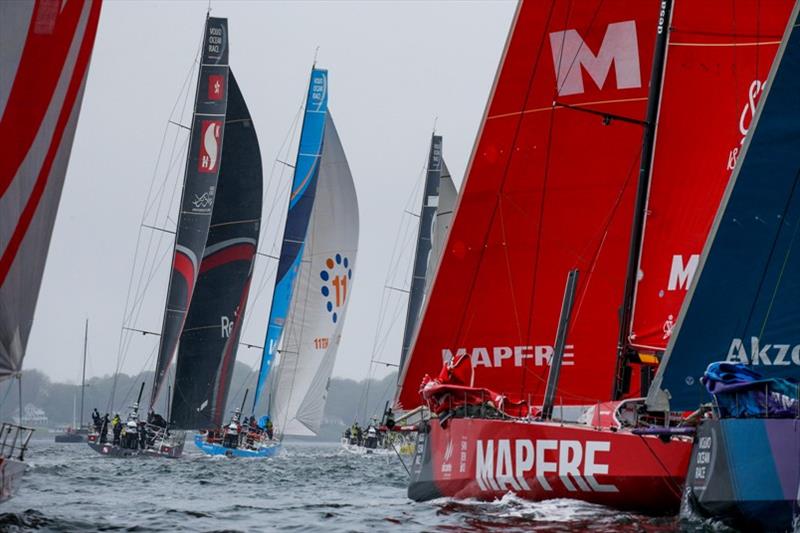 With the Volvo Ocean Race making its fourth visit to Gothenburg, race fans will be treated to spectacular racing on a course at the mouth of the Gota alv, the river that bisects the city.

As the home of Volvo, Gothenburg has become a home away from home for the race over the past 20 years.

While the overall leaderboard for the Volvo Ocean Race is historically tight, there is slightly more margin in the In-Port Race Series.

The biggest battle is between the two teams with Dutch skippers, where Bouwe Bekking’s Team Brunel leads Simeon Tienpont’s team AkzoNobel by just two points in the fight for the final podium spot.

At the top of the table, Xabi Fernandez’s MAPFRE is seven points clear of Charles Caudrelier’s Dongfeng Race Team. A win on Sunday would confirm MAPFRE’s victory in the series, ahead of the final race in The Hague on 30 June.

With two In-Port Race Series events left, there is potential for movement here.
The weather forecast for Sunday is for a 10-knot south/south-westerly, with a chance of light showers.