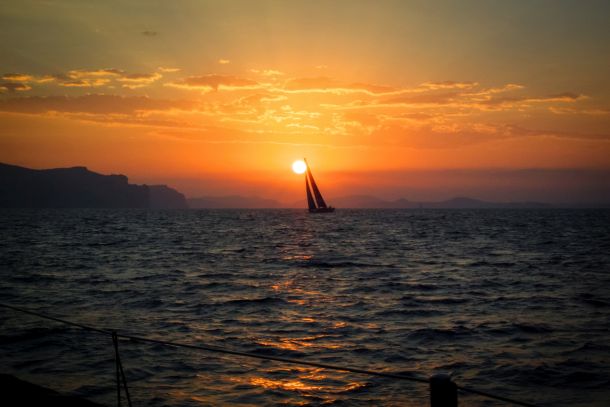 The Volvo Ocean Race fleet marked a sad anniversary early on Leg 7 on Monday as they raced across the Atlantic, nine years to the day that the last sailor to lose his life in the event was drowned.

Dutchman Hans Horrevoets, 32, of ABN AMRO TWO, was the last of five fatalities in the history of the 41-year-old race and the tragedy serves as a vivid reminder to the sailors in the 2014-15 edition of the dangers of the race.

He was washed overboard at night, some 1,800 nautical miles (nm) from Lands End, England, on the New York to Portsmouth leg of the 2005-06 race. Although the crew recovered his body, they were not able to resuscitate him.

ABN AMRO TWO’s team then experienced further drama on the stage when they rescued the crew of movistar, the challenge led by Bouwe Bekking (NED), shortly before the Spanish-backed boat sunk to the bottom of the Atlantic.

Bekking, returning for a record-equalling seventh challenge in the 12th edition of the race on board Team Brunel, spoke of the dangers of the 2,800-nm transatlantic stage the fleet is now navigating, at the pre-departure press conference.

“If you just look at history in this next leg, lots of rigs have been broken, a boat has sunk, a person lost his life and we know we’re going to Europe, so people will push so hard on this leg,” he said.

The leg, which is expected to take about nine days to complete, had a spectacular start on Sunday with a master class of in-shore seamanship and strategy in front of a packed shoreline and huge flotilla of spectator boats in Newport, Rhode Island, on Sunday.

The race’s first stopover in Newport, famous as the long-time host for the America’s Cup until the early 1980s, was a huge success, with tens of thousands streaming into the race village.

Race CEO, Knut Frostad, described it as the most successful American stopover of the seven he had experienced in more than 20 years as a sailor and organiser of the event.

Sail Newport, which managed the stopover, is now embarking on two months of negotiations with race organisers to seal a deal to bring it back again in the next edition in 2018.

The stage is by far the shortest of the race so far and offers crews who have yet to win a leg, such as Team Alvimedica (Charlie Enright/USA) and the all-female Team SCA (Sam Davies/GBR), their best chance yet of taking maximum points.

MAPFRE (Iker Martínez/ESP) will also fancy their chances after following up their victory in the Team Vestas Wind In-Port Race Newport on Saturday by leading the fleet out of the sailing-crazy Rhode Island town a day later.

The boats are expected to arrive in the Portuguese capital in seven to eight days before taking on the final two legs to Lorient, France, and then Gothenburg, Sweden, where the race will be concluded on June 27.