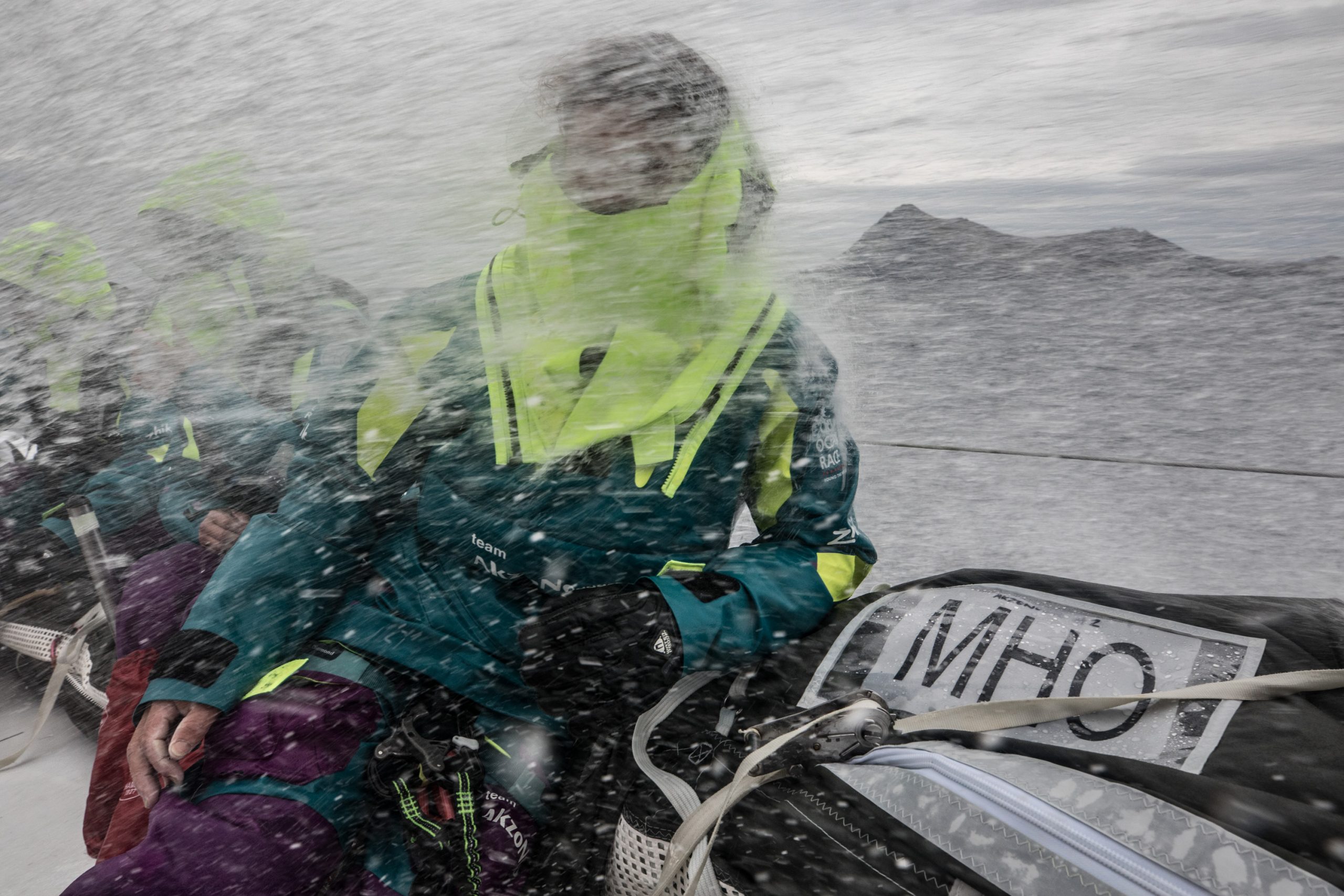 The overall race leader, MAPFRE, resumed racing on Friday morning (UTC) following a Cape Horn pit-stop to make repairs to a torn mainsail, as well as a damaged mast track and boom.

The move, which cost MAPFRE nearly 13-hours when they suspended racing, leaves the Spanish team 260-miles behind the fleet, with the leader, Team Brunel, just over 1,600 miles from the finish line in Itajaí, Brazil.

While the team had prepared for the possibility of a stop to repair the mast track by having shore support on stand-by near Cape Horn, the pit-stop became mandatory when the mainsail split into two pieces, torn from luff to leech, just before the Horn.

“We’ve been lucky in a way that we broke it so close by and that we can repair it now with the shore team,” said watch captain Pablo Arrarte.

“The repairs always take longer than you would like,” acknowledged skipper Xabi Fernandez. “It is not so easy because the repair of the mainsail has to dry well, but we will start sailing towards Brazil, not at 100% but working as hard as we can to lose the shortest time possible.”

Up ahead, the fleet charges on, pushing east-northeast, and passing just south of the Falkland Islands, where conditions remain fierce.

“The Southern Ocean just doesn't want to let us off the hook and keeps us fully in its grip,” wrote Brunel skipper Bouwe Bekking.

“The wind direction is such that we are still not really heading north, we’re tight reaching in 28-35 knots in very cold water.

“It is also painful to see we will lose in every position report, with the boats behind getting better breeze. There is one routing forecast where MAPFRE would even win this this leg! But that is yacht racing, not always fun, never predictable and that is what makes it special.”

“Not great for tired people and boats,” Salter said. “But we can use these conditions for some quick miles to the northeast as we await the low pressure that chased us down into the Horn to cross Patagonia and eventually catch us as we sail past the Falklands.

“That will give us downwind conditions again, probably with a tricky sea state but at least warming up for each mile north.”

A touching tribute to John from Matt Allen, the President of Australian Sailing and a friend, can be seen at the end of Friday's Daily Show at: /www.facebook.com/volvooceanrace/videos/10156759702317437/