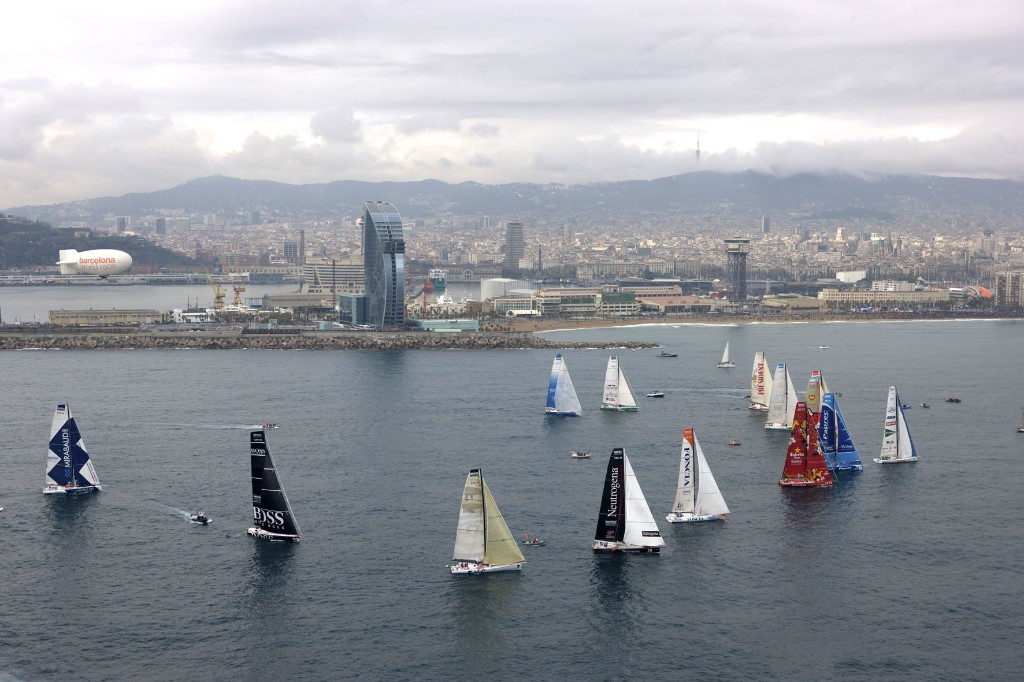 Taking into account the political and administrative situation in Catalonia, the organiser of the Barcelona World Race (the FNOB) has taken the decision to cancel the fourth edition of the double-handed round the world race on IMOCAs, which was due to start on 12th January 2019. Eight teams had already announced their intention of taking part in this race and others were thinking about joining them. In order not to disappoint these teams and to avoid leaving a big gap in the 2019 calendar, the IMOCA class is already thinking about the possibility of creating a major new international ocean race.

“The unstable institutional climate that we have seen over the past year and the lack of political stability nationally (…) means we are not able to organise this fourth edition of the Barcelona World Race.” That is how the FNOB (Barcelona Ocean Racing Federation) justified cancelling the double-handed round the world race. Taking into account the tense situation, the City of Barcelona, the headline partner for the race, no longer wants to finance the next edition. Consequently, the private partners have followed their decision and have also stood down. The FNOB has no other choice than simply to cancel this major race on the IMOCA calendar, which was due to start on 12th January 2019.

It looked like being a promising fourth edition
It was only late last week that the IMOCA class was informed of this bad news. It was a massive blow, as the IMOCA class has been working hard for more than ten years to develop this race and make it a fantastic sporting event. The disappointment is that much bigger, because this fourth edition of the Barcelona World Race looked extremely promising. Eight crews were already interested in competing and others were seriously considering that. For the first time, a stopover was scheduled in Sydney, with the possibility for the skippers to change their crewman. This stopover in Australia would have been a huge benefit in terms of the internationalisation of the IMOCA class. And for the racers, it would have been a great opportunity to race double-handed in the Southern Ocean and to prepare in the best way possible for the 2020 Vendée Globe.

Plan B
However, the class is not going to be discouraged and wishes to push ahead looking at setting up a plan B, that is to say, a top class ocean race with a global reach, just like the other events organised by the IMOCA class. The teams hoping to take part in the Barcelona World Race, some of which had already spent money planning for this, must not feel they have been dealt a blow. In order not to affect their sporting schedule, it is going to be necessary to come up with a replacement race. This is a major challenge, as the timing is tight. In consultation with the various teams, the IMOCA class will be doing its utmost to achieve this and fill the gap in the race calendar between the 2018 Route du Rhum and the 2019 Transat Jacques Vabre.

Here is the annoncement from the organisers about the cancellation:
Barcelona, 29th March 2018. In view of the political and institutional difficulties faced in Spain, the FNOB (Barcelona Ocean Sailing Foundation) Board of Trustees has decided to suspend the upcoming edition of the Barcelona World Race, due to start on the 12th of January 2019.

A sporting event of this scale requires significant private sponsorship, which is its only source of funding. And this last year, the course of events has prevented the FNOB from ensuring a reliable sponsorship process, and therefore guaranteeing the delivery of the best Barcelona World Race to the teams, their sponsors and the public.

The decision to suspend the race is all the more difficult given that its new format (start January 12, mandatory stopover in Sydney and possible change of co-skipper) has significantly increased interest among the IMOCA teams and strengthened its relevance within the IMOCA Globe Series calendar.

Understandably, this is a very disappointing situation for all the stakeholders, in particular the IMOCA class, and the teams engaged. In everyone’s best interest, this decision could not be delayed any longer. In the meantime, the FNOB will do everything in its power to support IMOCA with potential alternative solutions.

And as of today, the FNOB is starting discussions with IMOCA with the aim to secure a future edition of the Barcelona World Race in 2022-2023.