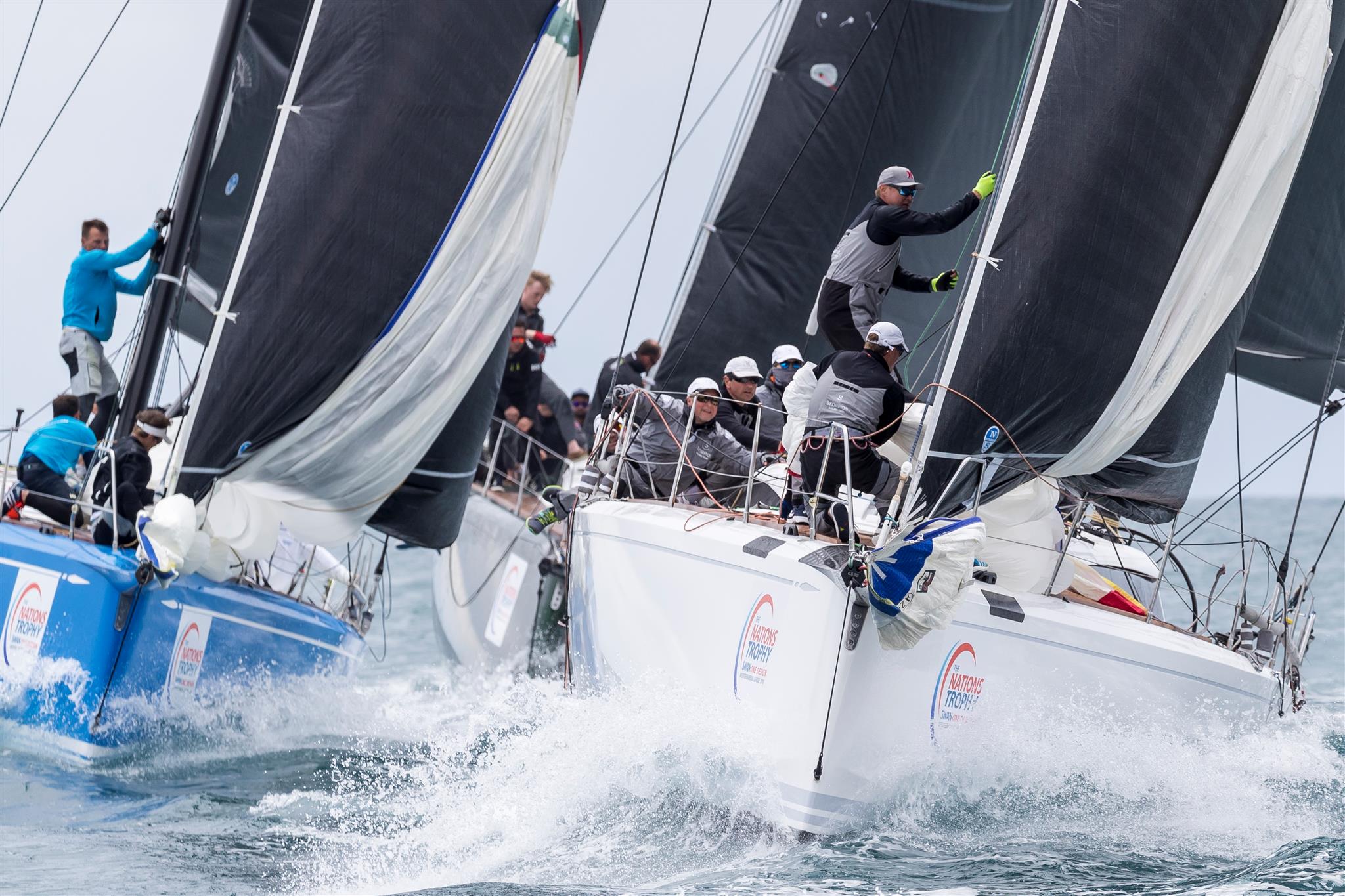 As much of the world prepared itself for the long Easter Weekend, the Monaco Swan One Design fleet got down to business once again and if variety is the spice of life, the crews’ taste-buds are being treated this week given the varied conditions.

Duking it out in front of the Monegasque principality, today’s class acts across the two races were as follows: Mathilde in ClubSwan 50, Porron IX and Ange Transparent shared the limelight in Swan 45, while Far Star and Digital Bravo traded places in ClubSwan 42.

With one race day left to go, the overall standings still leave room for change. Cuordileone is tied with Mathilde in ClubSwan 50, but leads on countback; Porron IX holds a two-point advantage over Ange Transparent in Swan 45, and, Far Star has the same advantage over Digital Bravo in ClubSwan 42. Tomorrow will be a question of who blinks first.

Yesterday, the Nations Trophy looked to be going the way of Italy, with Cuordileone and Far Star strong-arming their classes. However, two robust showings by the Swiss crews have prevented the Italians from pulling away. With a possible two races left in the first event of the 2018 Nations Trophy Mediterranean League, the destiny of neither the individual class prizes nor The Nations Trophy is yet certain.

ClubSwan 50
If it is a mentally tough day for the sailors, it is generally the same for the race committee setting the courses. So it was today. The first race was a relatively simple 5.2 nm, with the wind blowing 10 – 11 knots, and the direction stable at around 105/110. The second race posed more problems. A big swing just ahead of the start and then again during the race, plus a drop in pressure, meant Ariane Mainemare and the Yacht Club de Monaco did well to get a race away that was fair to all.

Morten Kielland’s crew on Mathilde turned up the heat on Leonardo Ferragamo’s Cuordileone. Leigh McMillan winning the battle of the tacticians over Ken Read.

Finishing the day with a 2,1 score line, it was understandable that Kielland was sporting a smile as he stepped ashore: “I’m enjoying it a lot, maybe the weather could be a little better, but we’re doing alright. Tomorrow should be better with more wind and less rain, the perfect conditions. It’s very close, so we just need to keep going.”

Kielland puts his current charge down to a gelling crew and some smart tactics: “Most of the crew is the same as last year and we are starting to be more together. We have a new tactician, Leigh McMillan, who is proving fantastic and I think we are more and more coordinated.”

Another crew starting to find their feet are the Russians on Bronenosec. Vladimir Liubomirov expressing his pleasure at their improving results culminating in a 3, 2 score today: “In this class everything needs to be just right to win. We are a very good and experienced crew, but the boat was not in the groove at the beginning of the week, Now we have the settings right, we have speed. We are satisfied with today and tomorrow I think we can do even better.”

Swan 45
The contest in the Swan 45 class is proving unexpectedly hot. The current World Champions, Porron IX, looked to have the regatta in a firm grip after the first day, but Ange Transparent has kept plugging away keeping the gap between the two boats to two points; her Swiss crew proving they are able to beat the Spanish team.

“It’s not easy,” said Valter Pizzaro, owner of Ange Transparent. “Porron are a really good crew, very clever champions, but we try to be better than them. My team is well-prepared and smart too, but we have two new crew for this week and that is causing some difficulties on the bow.”

Despite finishing second, Pizzoli was effusive in his description of the first race, “The lead was changing continually. It was seriously challenging. Quite beautiful. It is so important not to make mistakes at this level. If you can avoid that you can win, otherwise you lose. The most consistently good sailors will win and I like that about one design sailing. There are no excuses.”

ClubSwan 42
It is proving equally tight racing in the ClubSwan 42s. Despite Far Star and Digital Bravo having the better of the results, the mood on third placed Mela has not been dampened. Enrico Zennaro, the tactician, is quick to see the positives: “The conditions were very shifty in both races, but we enjoyed the day and we enjoyed the racing.
“We are not happy about our results, but we are improving every day. The fleet is small, though it is very close from first to last and the fight on the water is very hard. This is why we like the game!”

“We have a good feeling on board and are really happy to be here,” continued Zennaro. “The Yacht Club de Monaco is a beautiful place; the boats are all beautiful and everyone is very friendly. The speed in our class is more or less the same, so we need to learn from our mistakes and push a little bit harder.”

Looking ahead to other events in The Nations Trophy Mediterranean League, Zennaro has his eye on the Copa del Rey at the end of July, “It will be a good chance to test ourselves with a bigger fleet. We will prepare better, and expect it will be fun even if it is harder with more boats. Our aim will be to get on the podium.”

Racing at the Monaco Swan One Design ends tomorrow, Saturday 31 March, with the first signal scheduled for 11.00 CEST.