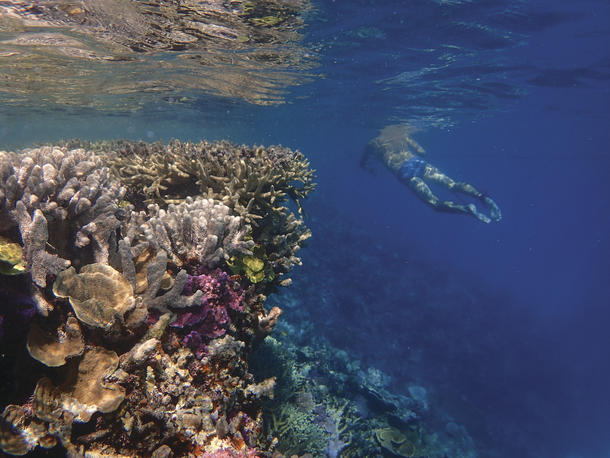 “What it aims to do is reach as many citizen scientists as possible and engage them in logging their photos of ‘out-of-range’ species through the REDMAP app or online interactive website,” she said.

“We want the data to map which Australian marine species may be moving house in response to changes in the marine environment, such as ocean warming,” she said.

The Extending the Success of REDMAP Australia to Queensland Project received a Community Reef Protection: Citizen Science Grant through the partnership between the Australian Government’s Reef Trust and the Great Barrier Reef Foundation.

The $100,000 grant will be used to recruit and train citizen scientists.

“Program ambassadors will be trained along the Queensland coast to engage with SCUBA, snorkelling and fishing organisations to help them report on unusual sightings and track key species,” said Dr Strugnell.

She said the program has been hugely successful in the southern states of Australia, with tens of thousands of Australians engaged each week.

“Now we plan on further implementing REDMAP in Queensland in order to gather information about animals that are undergoing range-shifts here on the Great Barrier Reef. More than three million boaters, fishers and divers spend time in or on Queensland waters each year and REDMAP hopes to make citizen scientists out of them.”

Volunteers will be trained in how to identify out-of-range species, log sightings, and in how to train and encourage others to participate in REDMAP.

Anyone who is lives in Queensland, is over 18 years of age, and wants to be part of the program should contact Dr Blake Spady (blake.spady@jcu.edu.au).