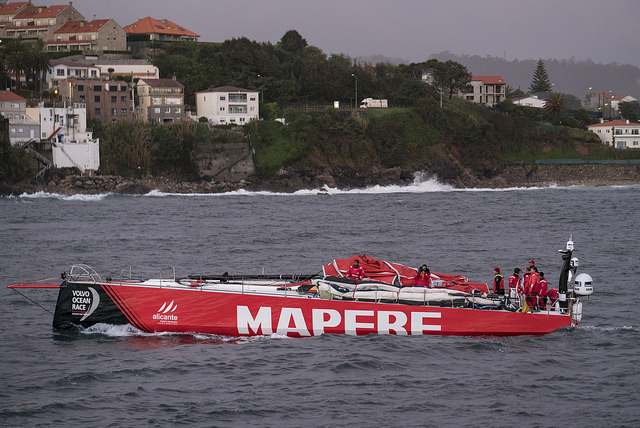 At 17:15hrs local time on Thursday afternoon while the team was sailing about seven nautical miles SW of the island of Ons (Pontevedra) near their home base in around 25 knots of wind and four meter high waves the VO65 MAPFRE's mast broke below the first spreader.

“There was a crash and then the rig started to fall to starboard,” reported Pablo Arrarte, MAPFRE’s watch captain who was sailing as skipper of the boat during this period of testing. “We were sailing on quite a comfortable reach with waves also from the same direction and so at the moment we do not know why it has broken. We will have to analyse the data and the damaged parts in order to draw a conclusion.”

The crew have not suffered any injuries and after fully checking for any collateral damage to other parts of the boat it took around two hours of intense work to secure the boat and recover the broken parts of the mast and the sails.

The team's emergency protocol was activated immediately and for safety reasons, Salvamento Marítimo [Maritime Rescue] was notified. They monitored the Spanish VO65 and when the crew had secured the boat the emergency services were duly informed that the crew were heading back to Sanxenxo under their own means.