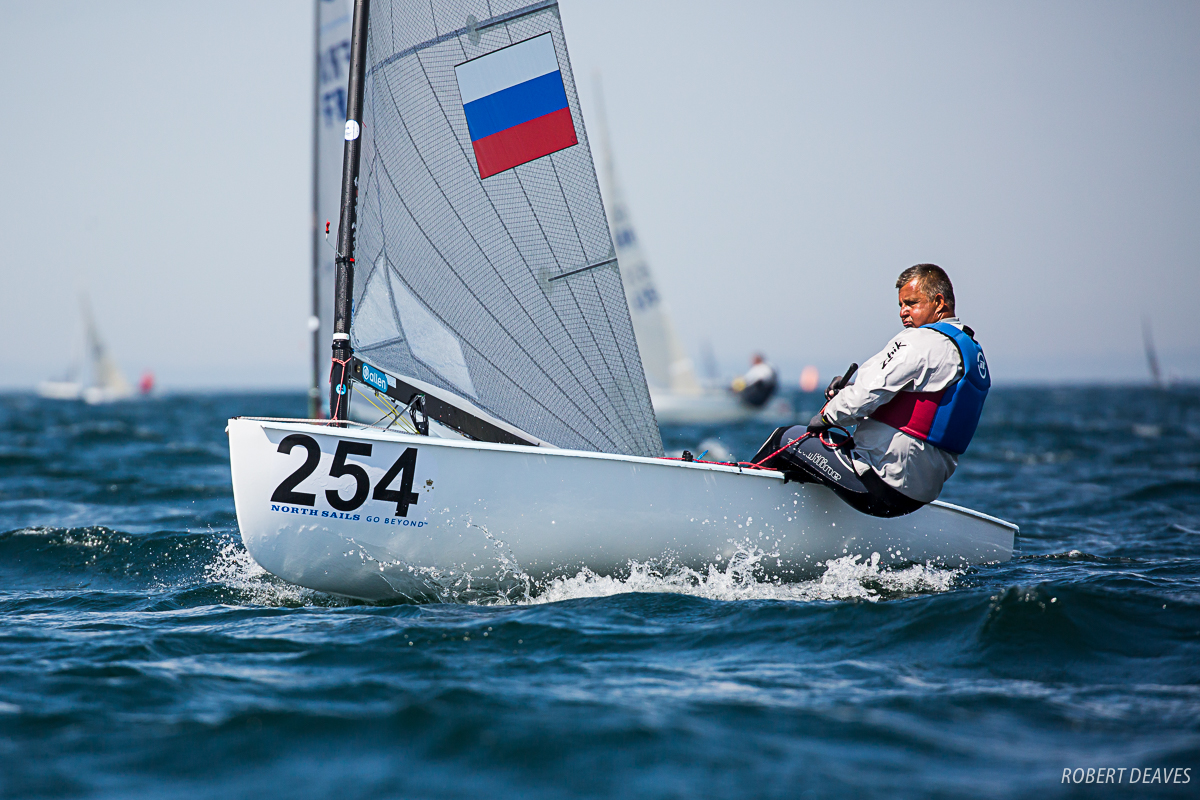 With five wins from five races, Vladimir Krutskikh, from Russia, is schooling the fleet at the Finn World Masters in Skovshoved, Denmark. Mike Maier, from Czech Republic, is second with Christoph Christen, from Switzerland in third.

The day’s forecast was for light winds later in the day but after a 90-minute delay from the scheduled 12.00 start, the fleet set out to enjoy two great races in a steady 12-14 knots. As the day progressed the cloud cleared to leave a beautiful sunny day on the Øresund.

Krutskikh dominated Yellow fleet, leading both races at the top and extending for some huge wins. In Race 4, Marc Allain des Beauvais, from France, was second at the top and held on to finish second while Christoph Christen, from Switzerland, crossed in third. The wind abated slightly for the next race with Krutskikh building an even bigger lead, to take his fifth win in a row, from Christen and Michel Audoin, from France.

In contrast, Blue fleet had two different race winners and many place changes. Felipe Silva, from Portugal, punched out of the start in the first race to lead at the top and was never headed to take the race win from Maier and Paul McKenzie from Australia. Maier went one better in Race 5, though he had to pass Bas de Waal from The Netherlands to take his second race win of the week. Anthony Nossiter, from Australia took third.

The sailors returned ashore satisfied from a great day of Finn sailing. With one day left and a possible two races, the titles are still open, but the favourites are making their presence felt.

The 2019 Finn World Masters will conclude on Friday. Racing is scheduled to start at 12.00 with a cut off time of 15.00 for the final warning signal.

The results are subject to many scoring errors, which are currently being sorted out and will be updated later.