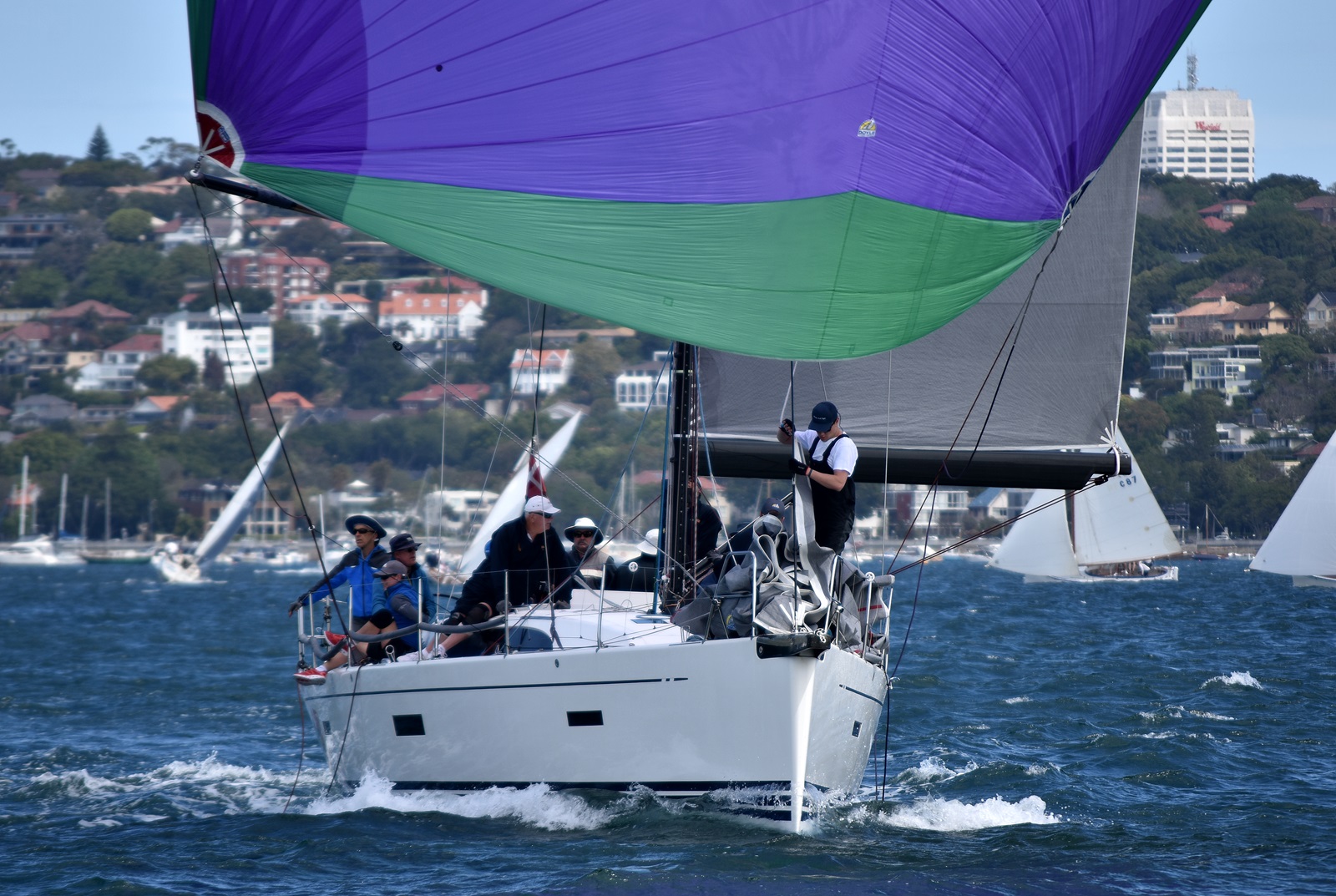 The 40th edition of Middle Harbour Yacht Club’s (MHYC) Sydney Short Ocean Racing Championship (SSORC) will be conducted on the weekend of 25-26 November and the club is introducing innovations for the final day of racing.

Instead of the usual shorter windward/leeward races, the club is replacing them with a single ocean race, using a hybrid course of laid and virtual marks to provide competitive racing for all types of boats.

“It’s our intention that the Sunday course will commence with a windward-leeward around laid marks and then to one or more virtual marks,” Race Officer Denis Thompson said. “Using virtual marks enables us to set the course angles and length that will provide good racing on all points of sail without the logistical challenges of laying and retrieving marks in deep water.

“While the idea of virtual marks may be new to many of our local sailors, they’ve been utilised for the Volvo Ocean Race and the Royal Ocean Racing Club in the UK. They have also been used for years to define restricted areas, traffic separation lanes for shipping and as course rounding marks,” Thompson ended.

The Sailing Instructions will be published one week before the SSORC so that navigators can plot the course well ahead of race day.  On-board navigation systems, or apps for portable devices such as Navionics can be used, provided there is a record of the plotted location of the virtual marks and the GPS track the boat sailed.

The Notice of Race incorporates the World Sailing Appendix WP – Rules for racing around waypoints.

For the first time, the Sydney 38 East Coast Championship and Farr 40 One Design Series will be combined into the SSORC, sailing windward-leeward offshore courses on Saturday and the hybrid offshore course on Sunday.

Ian Box, MHYC Chairman of Special Events noted: “This event is embedded in the history of Middle Harbour Yacht Club and Offshore racing in Sydney and once again we are expecting a strong fleet across both Premier and One Design fleets for the 40th running of the regatta.”

Box, a past commodore of the Club, owns the successful XP 44 Toy Box 2, which he has entered in the Premier Class for IRC and ORCi: “My crew always look forward to participating in the regattas that offer close racing against yachts from a variety of clubs around NSW,” he commented. “Two days of competitive racing at the SSORC are certainly a highlight of our sailing calendar, as is the Sydney Harbour Regatta in March. Both give us a great chance to test ourselves on the water and to catch up with fellow competitors at the post-racing debriefs on the beach back at the Club.”

Racing commences on Saturday, when competitors will sail a Passage Race, which includes MHYC and the Cruising Yacht Club of Australia’s Ocean Pointscore. It is expected, many yachts will race over both days for points towards the final SSORC trophy.

Running in tandem with Saturday’s racing is the challenging Seven Islands Race, for those who prefer to sail an inshore fun race that starts and finishes off MHYC.  Following a pursuit style start, the race takes in some of the Harbour’s iconic islands.

The Super 12’s will return in a separate division for the Seven Islands Race and windward-leeward races on the Sunday.

Box concluded, “I encourage yacht owners to join us for a competitive weekend of racing. Make sure you get your entries in before the deadline of Friday 10th November via www.ssorc.mhyc.com.au.”

Middle Harbour Yacht Club would like to thank Helly Hansen and Sydney City Marine for their support of the Sydney Short Ocean Racing Championship.