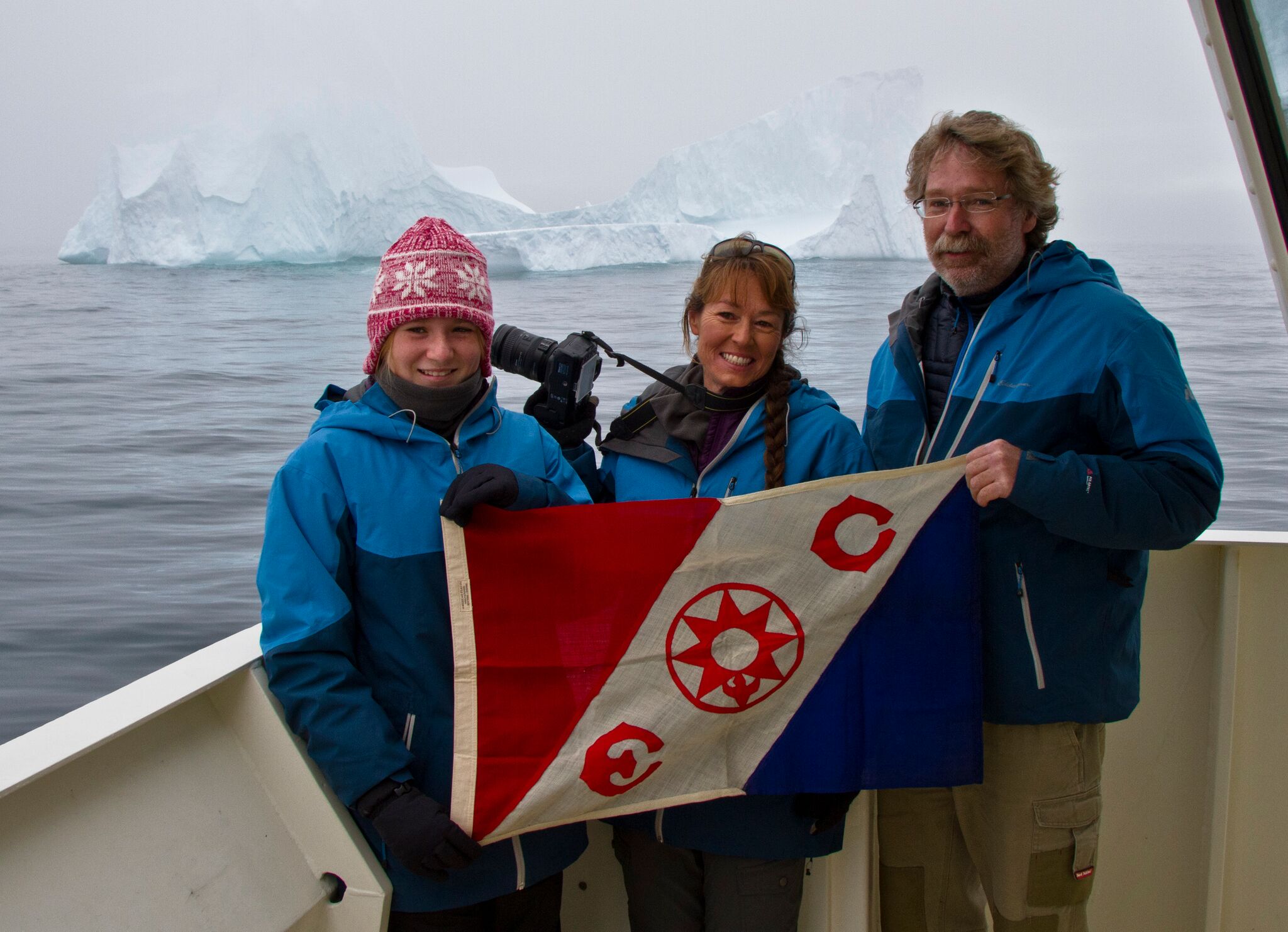 From solo-circumnavigating Antarctica on a sailboat, to getting up close and personal with WA’s stunning whale species,  this year’s Australian Geographic Society Award winners have done some truly amazing things.

Meet this year’s AGS Awards WA winners. These incredible individuals’ unwavering sense of adventure and love of sea have driven them to achieve the unimaginable.

Conservationists Curt and Micheline-Nicole Jenner share a determination to study and preserve the ocean’s iconic whales, a passionate pursuit which in scope, rivals the size of the pair’s most beloved research subjects.

The Jenners are pioneers in marine biology and head up the Centre for Whale Research based on the RV Whale Song II vessel. Between them, they have studied everything from the population biology, migratory pathways, oceanography, ecology and relationships and behaviours of our ocean’s majestic cetacean species.

The pair have dedicated their lives to mapping, tracking and observing humpbacks, rare and endangered blue whales and other underwater giants. Curt’s sailing prowess combined with Mich’s offshore photography skills have been vital in the team’s research pursuits and in discovering new findings about whales.

The couple originally met in Hawaii at a not-for-profit research centre studying humpback whales. After working together for some time, Curt and Mich had identified a gap in studying and mapping whales in Western Australia, and seized their opportunity.

Arriving in July, 1990 at ages 27 and 25 respectively, with minimal financial support, Curt and Mich set out to explore the WA waters in search of whales. Starting out with only a 3m by 6m tin shed on the coast to call their ‘research base’, they eagerly searched for whales for four days straight with no sightings. It was on the fifth day, when they were just beginning to doubt their decision, that they finally saw a whale leap out of the water.

This leap, and the leap of faith of the Jenners, together sparked what has been a lifelong love of whale watching and conservation.

In 1995, the Jenners hand-built their first vessel ‘Whale Song’, under the expert guidance of friend and adventurer John Lally. The couple and their two daughters set sail on the open sea to collect data from humpback whales along some of the most isolated parts of WA’s coastline.

During this adventure, the couple made several exciting discoveries including identifying Perth Canyon as one of only two known high-density feeding locations for endangered pygmy blue whales in Australian waters, and finding a precious tropical humpback breeding haven in Camden Sound, off the Kimberley coast, a discovery which they kept secret for fifteen years.

Since making this discovery, Curt and Mich have lobbied for Camden Sound to be set aside as a marine reserve, and have been integral in ensuring the protection of the whales in the WA region.

Lisa Blair became the first woman ever to sail around Antarctica solo when she reached Albany’s Princess Royal Harbour on July 26, 2017, following her 184-day voyage. She was expected arrive the day before, but strong winds presented a final obstacle. Lisa embarked on her epic ocean odyssey as the recipient of the 2017 Australian Geographic Society Nancy Bird Walton Sponsorship, which supports ground-breaking projects led by women.

At 32 years old, Lisa weathered rough seas and icy conditions and was forced to abandon her quest when her mast snapped off in South Africa. There were times when Lisa’s resilience was put to the ultimate test, but sheer determination and a true sense of adventure led her to resume her journey.

Lisa spent two months repairing her boat, Climate Action Now, a vessel which would carry both her and a powerful message about climate change, through a challenging circumnavigation of one of the world’s harshest environments.

Sandy Robson is receiving the highly-coveted Adventurer of the Year accolade for her incredible 5-year 22,000km solo sea-kayak journey from Germany to Australia. Her voyage was inspired by 1930s canoeist Oskar Speck, but she managed to tick off a long list of “firsts” along the way: first person to circumnavigate Sri Lanka by sea kayak, first woman to paddle the coasts of India, Bangladesh and PNG by sea kayak and first woman to paddle from Sri Lanka to India across the Palk Strait.

Sandy is from Lesmurdie, WA and is fantastic interview talent. Her story is one of incredible (not to mention inspirational!) female perseverance and achievement and one which should be shared!